What’s On talks to Nilesh Maniyar, co-director and co-writer of award-winning Indian movie Margarita, With A Straw, ahead of the season launch of The Scene Club tonight.

A brand new season of The Scene Club kicks off with a showing of the controversial Indian film, Margarita, With A Straw, in Knowledge Village tonight and tomorrow.

The movie club puts on monthly showings of the best independent uncensored films from around the world.

Margarita, With A Straw follows the story of Laila, a rebellious 19-year-old Indian girl with cerebral palsy, as she moves to New York and goes through teenage life experiences.

This will be the first time the movie is shown in the Gulf and after each showing, the audience will have a chance to hear from Nilesh Maniyar, who is the film’s co-director, co-writer, producer and casting director. 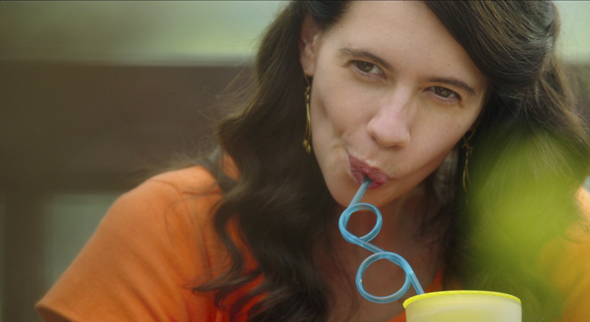 Ahead of the first showing, What’s On spoke to Nilesh about the story, the inspiration, and Indian cinema’s world domination.

So, how are you feeling about tonight’s showing? I’m so thrilled that Margarita, With A Straw is playing in Dubai. People always said that this movie would never be screened in any of the Gulf countries, because of some of the issues it deals with.

What’s the movie all about? It’s a coming-of-age story about a 19-year-old girl with cerebral palsy and it’s about her journey in finding herself. She goes through many experiences: finding a guy, finding a guy in a wheelchair, finding a woman, and a woman who’s Muslim. She goes through many experiences that people think a disabled person can never have. Going through those experiences enables her, in many ways, to look back and find herself. It’s honest, it’s emotional, it’s true and the issues aren’t too in your face.

I really want people to come and see this film, because I feel somewhere that this film is not just about people with disabilities, but a journey of all of us. Somewhere you’ll find that when the film ends you’ll see a reflection of yourself in it.

Were there any stereotypes or generalisations you wanted to avoid in this movie? We never wanted to make a film about a disabled girl who wins a lot of awards or a triumphant disabled person – we didn’t want to make it heroic. Disabled people are like you and me: they have flaws, they have urges, they can be mean, you know?

It’s all about looking at a person as just another person and looking past their disability, even past their class, their ethnicity, everything. That’s that the movie is really about. 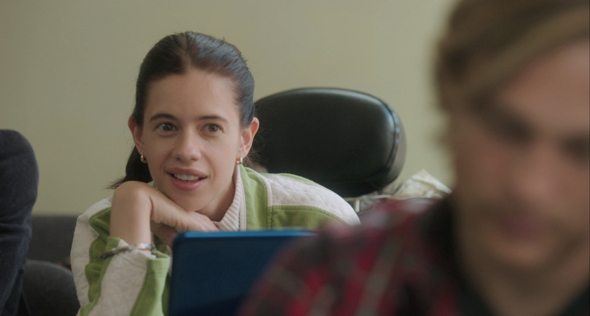 It’s hard to believe that Kalki Koechlin, who plays Laila, doesn’t have cerebral palsy in real life. Was it hard finding the right actress for the role? I’m so amazed. I always knew she was doing a great job, but every festival I go to people ask me: “so how did you find this disabled actress?”

The process was really tough. Kalki is a brilliant actress and before Margarita, With A Straw, she was always cast in particular roles. In a lot of her previous films she was always this bitchy, negative character. So it was hard for anybody to imagine her as somebody who’s adorable. But I had come across her picture with her smile.

The inspiration for the film is [fellow co-director] Shonali Bose’s cousin, Malini Chib. She has CP, she’s 49, has a double MA from Oxford, now lives and works in London and also runs a institute back in Bombay called ADAPT (Able Disable All People Together). It’s her energy, her smile and her spirit that we wanted to capture.

Whoever knows Malini and has seen Kalki playing Laila on screen, they look at her smile and are amazed at how close she looks to Malini.

How do you prepare for a role like that? It took six-odd months for her to prepare for the role. We organised some acting workshops for two and a half months, and Kalki spent an enormous amount of time with Malini, going out, getting drunk together, partying together – Malini would always outdrink Kalki. The talented powerhouse woman and amazing observer that she is, Kalki really captured the essence of Manli in her character.

Do you think some cinema-goers need to be reminded that India cinema is more than just Bollywood? I’m glad you asked this. India cinema is much much more than Bollywood, especially because Bollywood only represents popular Hindi cinema. India has 26 states and 26 languages and the richest cinema actually comes from regional films most of the time.

Is there a big independent cinema scene in India then? In the last five years indie Indian cinema has come of age. At any top festival over the last year there have been Indian films making waves. The film Masaan won the critics prize at Cannes, for example, Umrika won at Sundance and we won in Toronto – all Indian films.

News
EDITOR’S PICKS
So, when is the next UAE public holiday in 2021?
READ MORE
All of the lavish new hotels set to open in Dubai in 2021
READ MORE
16 of the best pool passes in Dubai that are fully redeemable
READ MORE
All of the restaurants at West Beach, Palm Jumeirah
READ MORE
MOST POPULAR
What’s On The Bookshelf: Rom-coms great for reading on the beach
Book your holiday package from Dhs1,399 per person with Holidays by flydubai
Immersive cabaret concept The Theater Dubai opens its doors
Culture guide: Exhibitions, workshops and more to check out this weekend
A one-off speakeasy brunch is happening in Dubai soon
YOU SHOULD CHECK OUT
Our website uses cookies and other similar technologies to improve our site and your online experience. By continuing to use our website you consent to cookies being used. Read our privacy policy here.