Dubai Garden Glow opens to the public on Wednesday December 23 (and will run until either April or Ramadan 2016). We got a sneak peek of the lit up garden at dusk…

Dubbed ‘the largest themed garden in the world’, Dubai Garden Glow expects around 5,000 visitors a day when it opens on Wednesday.

The attraction is spread across 40 acres, with 32 installations made by 150 artists.

Imagine a wonderland that comes alive at night, Dubai Garden Glow, Art by Day – Glow by Night will be open soon pic.twitter.com/wgmQBl8LmB

Our recommendation after a quick stroll through it is that this is somewhere to take little kids – from the moving dinosaurs to the talking tree and lit-up bugs, they’ll absolutely love it (whereas teenagers and tweens might get moany). Also, we’d go at night. During the day it’s full of cool sculptures, but at night is when it comes alive (and when you can’t see the mechanics – like plugs, etc – behind the magic).

Besides sculptures and light installations, there are also food trucks at the garden, including Wagah Cafe, which serves Indo-Pak kebabs and a wee food cart that sells momos (which is the Nepalese and Tibetan version of a dumpling).

You’ll also find acrobats doing tricks, a Tim Hortons right on the lake and a 9DVR ride (where you put on a headset and get taken through different landscapes for Dhs25 a pop).

The still-under-construction Dubai Frame sticks out just behind the lake near the entrance to Dubai Garden Glow.

Which lights up at night… 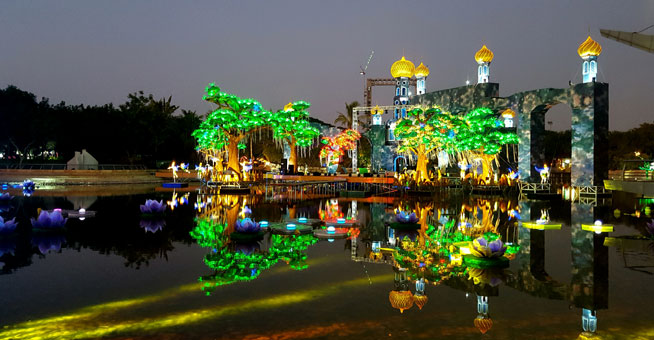 There’s a whole section in the middle of the garden dedicated to the plains of Africa – walk through this bit and you’ll spy hyenas, giraffes, tigers, elephants and more. 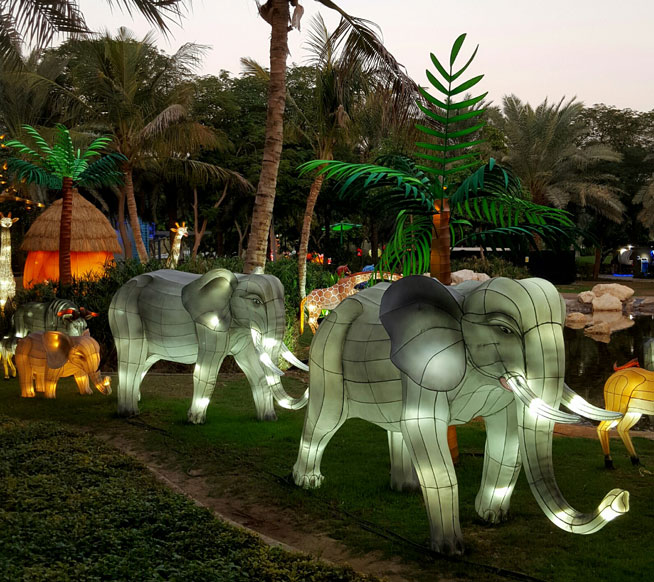 One of the coolest sights is a replica of the Grand Sheikh Zayed Mosque that’s crafted from 90,000 porcelain cups, plates and spoons.

Here’s a close up: 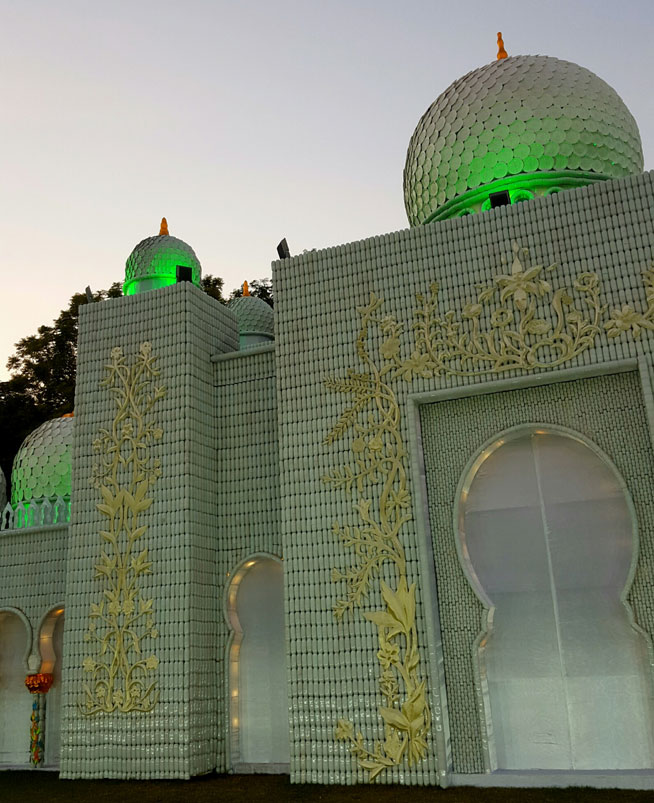 Another landmark is the Burj Khalifa replica made from 330,000 small medicine bottles filled with coloured water. It stands over 12 metres high (and at one point while walking through the park we thought it was the real Burj in the distance. Not our sharpest moment): 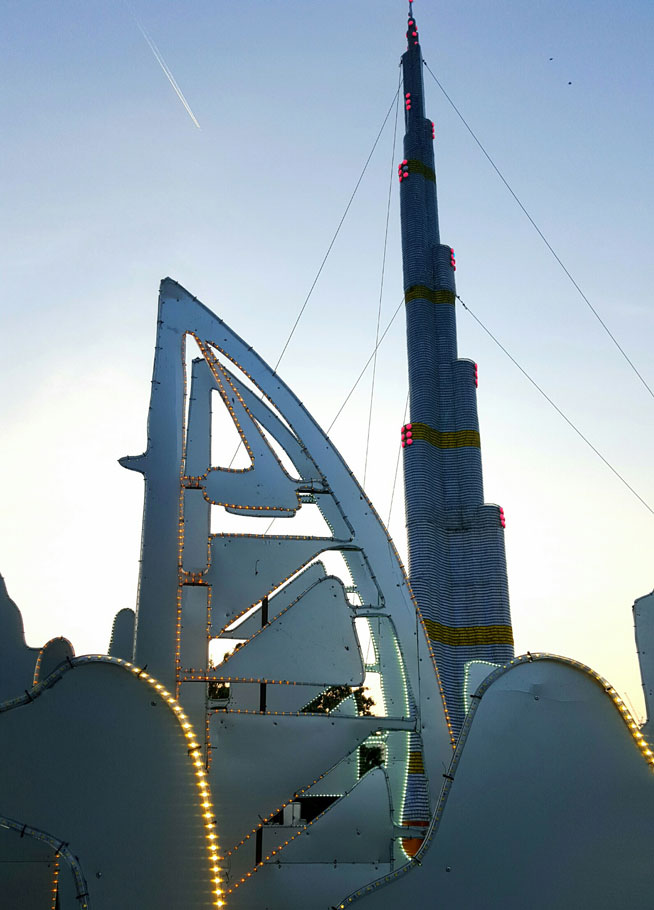 Throughout the whole garden trees are lit up, and interesting lighting details can be seen around every corner… 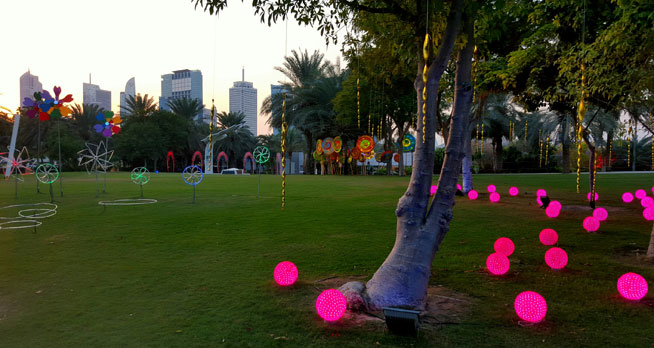 These friendly yet industrious crickets are likely to be a favourite with kids.

Admission to Garden Glow is Dhs60 per person (children under three can enter for free).

News
Things to do
EDITOR’S PICKS
Here's the full list of UAE public holidays in 2023
READ MORE
23 incredible things to look forward to in the UAE in 2023
READ MORE
Hidden gems: 10 UAE desert pop-ups to discover this winter
READ MORE
Where to travel in 2023: 10 new flight routes from the UAE
READ MORE
MOST POPULAR
Win a holiday around the world with Dubai Creek Resort
16 places to get fabulous pre-loved and thrifted apparel
Celebrate the month of love at Fairmont The Palm
How to support those affected by the Turkey-Syria earthquake
Celebrate love with this Beach Resort's floating breakfast above the clouds
YOU SHOULD CHECK OUT
Our website uses cookies and other similar technologies to improve our site and your online experience. By continuing to use our website you consent to cookies being used. Read our privacy policy here.