Movies out in Dubai this week: The Big Short, Joy, Extraction

Our pick of the week is The Big Short with Brad Pitt, Ryan Gosling, Steve Carrell and Cristian Bale.

Hollywood heavyweights star in this critically-acclaimed film about four financiers who decide to rise up against the greedy banks after the credit and housing bubble collapse of the mid-2000s.

An inspirational tale following the life of divorced housewife Joy Mangano and her turbulent journey to make something of her life, by inventing a self-wringing mop. 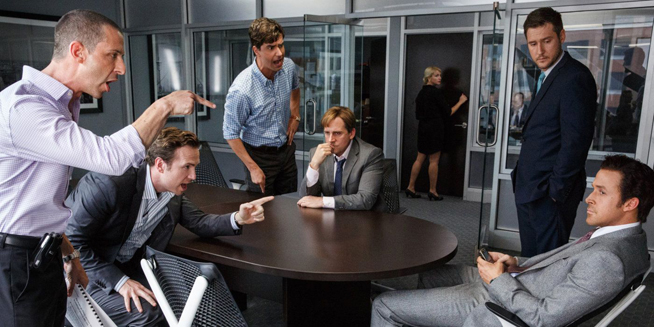 Culture
Film
News
Things to do
EDITOR’S PICKS
What’s On Nightlife Awards 2021: Here are the nominees...
READ MORE
It's back! What's On Lock In returns to Media One Hotel
READ MORE
Arts and culture: 5 spots we can't wait to visit at Expo 2020 Dubai
READ MORE
UAE petrol prices are set to decrease in September 2021
READ MORE
MOST POPULAR
CHICAGO, The Musical is coming to Dubai Opera in January 2022
Popular botanical bar Flair 5 reopens for the winter season
VidCon Abu Dhabi 2021 now confirmed, guests include Supercar Blondie
Watch: Expo 2020's official song has been released and it's seriously catchy
A Shakespeare rom-com is gracing the stage at The Junction this weekend
YOU SHOULD CHECK OUT
Our website uses cookies and other similar technologies to improve our site and your online experience. By continuing to use our website you consent to cookies being used. Read our privacy policy here.