Right wing American sites and Twitter were both abuzz yesterday with news that Barack Obama is in the process of buying a Palm Jumeirah mansion.

It’s all very unsubstantiated, and has since been widely discredited, but they claimed that a report circulating in the Kremlin today (the Russian parliament) states that one of the US Navy’s top commanders, Rear Admiral Rick Williams, was relieved of his post after he queried why Navy forces had been sent to Dubai on a “Obama house hunting mission”.

Official sources say the Admiral was fired due to misuse of his work computer.

Anyway, those who believe the Admiral’s dismissal was due to his comment on Barack Obama’s househunting say the President has purchased a Dhs18 million seaside luxury villa in the UAE. Again, this is not at all confirmed, but they even go so far as linking to the particular house.

They say it’s the below yellow mansion on the Palm Jumeirah that Obama is buying (although the house’s listing says it’s still for sale).

We spoke to Shaun Garratt of Ocean View Real Estate, the agent on the house’s listing. He wouldn’t confirm or deny whether Barack Obama was interested in, or indeed purchasing, the house. 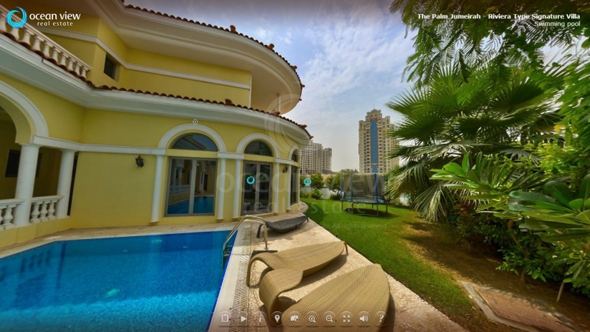 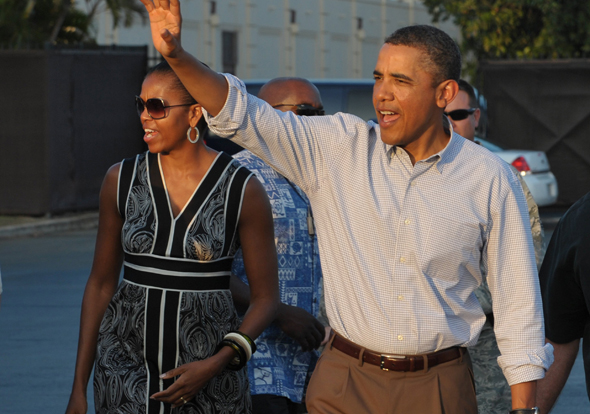 Michelle and Barack holidaying in Hawaii.

We personally think Dubai would be the perfect holiday-home option for the Obamas – great golf (we know Potus loves a put), sun all year ’round (kind of like Hawaii) and plenty of jogging tracks for the health-conscious family.

That said, we saw him as more of an Emirates Hills man.

News
EDITOR’S PICKS
Ain Dubai will open with fireworks, live music and a drone show
READ MORE
Incredible Aura SkyPool to open in Palm Tower this November
READ MORE
Brit Grand Slam hero Emma Raducanu confirmed for Mubadala Tennis
READ MORE
What’s On Nightlife Awards 2021: Here are the nominees...
READ MORE
MOST POPULAR
Bar of the month: Ray's Bar, Conrad Abu Dhabi Etihad Towers
DIFC Art Nights is returning in November for the second time this year
10 of the best Halloween brunches to book in Dubai
Sheikh Hamdan has been spotted dining at DIFC's newest restaurant
6 great things to do in Dubai this week: October 17 to 20
YOU SHOULD CHECK OUT
Our website uses cookies and other similar technologies to improve our site and your online experience. By continuing to use our website you consent to cookies being used. Read our privacy policy here.