Plans to build the world’s largest mall in Dubai – the Mall of the World – have been scaled back.

The original plan for Mall of the World was going to cost Dhs73 billion and involve a behemoth mall, which would be the world’s largest, as well as 100 hotels surrounding it.

But the development has been reworked to reflect the way property investors are feeling right now, and the new plans are made up of three separate malls, built at different times.

“We are avoiding the biggest of this and tallest of that,” Morgan Parker, the Mall of the World’s chief operating officer, told Bloomberg.

*ANOTHER KEY PROJECT: What Dubai Canal will add to the city once complete*
*DETAILS: More on the initial plans for Mall of the World*


“Dubai is maturing as a city and investors are looking for rational projects. At the end of the day, the money is made by the tenants paying the rent and they are looking for projects that function.” 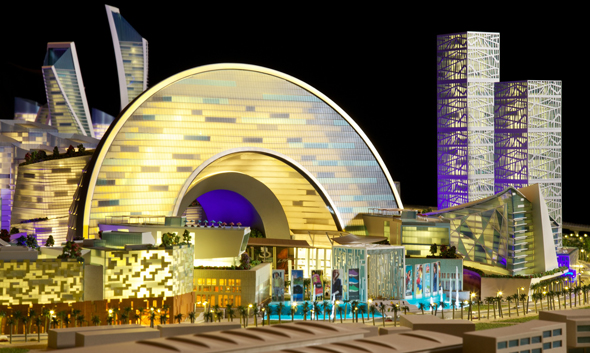 It appears the plans for the area to be the world’s ‘first temperature controlled city‘ have also been scrapped, or at least altered. The initial idea was to have 7km of ‘climate-controlled’ (i.e. air conditioned) pedestrian streets with retractable roofs.

“Air conditioning an entire development is not financially viable and not environmentally responsible,” Parker told Bloomberg, saying buildings will now be built closer together so that the area will be more walkable in summer.

Here’s an official promo video that shows how the initial plans looked:

The development will likely still include 9.15 million square feet of retail space, with street shops and malls. There will also be 35 office buildings, and 8,000 homes (including luxury apartments, student housing and staff accommodation).

To avoid, as Parker put it, “the biggest traffic jam in the history of the world right in the centre of Dubai”, there will be 22 entrances and exits across four roads into the development. It will also be connected to the metro, tram, bus and cycling tracks.

When the building will progress or finish now depends on investment.

Here’s a photo that puts where the development will be into context:

News
Things to do
EDITOR’S PICKS
13 Sheikh Hamdan-approved restaurants in Dubai
READ MORE
Dubai brunches temporarily banned in new preventative measures
READ MORE
12 upcoming Dubai mega-projects we can't wait for
READ MORE
16 of the best beach bars in Dubai for sundowners
READ MORE
MOST POPULAR
St Patrick's Day 2021: The best deals and celebrations in Dubai
Dubai Police add a new supercar to their fleet
Run even faster with Under Armour's groundbreaking new trainers
Dubai Culture to grant 1,000 long-term cultural visas
This Abu Dhabi island brunch offers an amazing family friendly escape
YOU SHOULD CHECK OUT
Our website uses cookies and other similar technologies to improve our site and your online experience. By continuing to use our website you consent to cookies being used. Read our privacy policy here.