Jamie Woon in Dubai: The time to see him is now

After his long-awaited second album was released at the tail end of last year, Jamie Woon is heading to Dubai for One Big Vibes.

The best music is, at heart, soul music. Music that speaks to the heart: music that connects. Music that enriches and enraptures in equal measure. Music that just screams to be made, no matter how maddening or tortuous the process.

It’s no wonder then that Jamie Woon’s mesmeric new album, Making Time, the successor to his much-hyped 2011 debut, Mirrorwriting, is drenched in soulful textures. The title itself hints at Woon’s absence from the music scene since he arrived in a blaze of publicity at the turn of the decade as some sort of post-dubstep poster boy, while Woon himself has been quick to acknowledge the influence of neo soul sui generis D’Angelo on the album. Announcing his return to music last summer, he told the NME that the soulful vibes of D’Angelo’s masterwork Voodoo, and the sensation of playing with musicians, was key to the artistic process.

“It’s a dying art trying to record live players because it costs money to do it properly,” he said. “My starting point was that I wanted to hear a funky rhythm section. It’s still the same type of songs; it’s just a real drummer and bass player, not electronic. I found an amazing producer called Lexx last February. He’s worked with Gwilym Gold and Wild Beasts.”

The result is one of the best albums of last year, and a piece of work that appears to be a classic slow burner – a fact that could easily be attributed to its November release date. From the understated grooves and softly spoken elegance of the opening Message to the beautifully hypnotic closer Dedication, and all points in-between, Making Time pulses with a gentle melancholy, keening vocals and a beguiling emotional heft.

The raw and synthetic electronica with which Woon initially made his name is married exquisitely to the human hand of the musicians he worked with. This coupling might have escaped the attention of the majority of the end-of-year critics’ charts (again, its late release wouldn’t have helped), but it hasn’t gone unnoticed among his contemporaries. Erykah Badu is a big fan, as is Apple Music’s Beats 1 presenter Julie Adenuga, but the most effusive praise for Woon’s return has come from arguably the most recognisable musician on the planet, Pharrell Williams.

“It’s amazing when you see someone be consistently awesome and just sticking to his own thing,” Williams said of Woon’s Making Time. “He never veered off his own path.”

It’s a path that’s clearly had some bumps, causing Woon to come unstuck on occasion. In the fickle world of pop where tomorrow’s stars swiftly become yesterday’s has-beens, Woon’s four-year gap in releasing records must have felt like an eternity. Yes, there were guest spots on records by kindred spirits Banks, Portico, Paul White and, most notably, Disclosure, but nothing released under his own name until the mellow, jazz-inflected Sharpness last summer.

“I had been making music but nothing was coming out,” he told The Guardian at the end of last year. “You know, in a way, it would have been pretty cool to be dropped because I would have got paid off and I would have had the experience, and I could have gone in a different direction.”

In truth, what Woon has done is return to his original musical statement, a kind of modishly warped take on singer-songwriter soul (indeed, in 2011, Woon expressed his musical modus operandi to the BBC as being “groove-based, vocal-led music. At the heart of what I do is R&B”). And while this might appear rather earnest and further grist to the mill of those traditionalists who believe music has to be authentic to have any credence, in reality it’s anything but. His live performances have been transformed since the release of Making Time. An appearance on Jools Holland’s influential show, Later, alongside Elbow’s Guy Garvey, Depeche Mode’s Dave Gahan (with Soulsavers) and folk legend Shirley Collins, saw Woon deliver transcendental versions of Sharpness and Celebration.

His forthcoming appearance at the One Big Vibes party in Dubai this weekend promises to be one of the first must-see gigs of 2016. At his London show at the end of last year, The Guardian’s Ian Gittins waxed lyrical about the enigmatic Woon’s magical performance, saying: “He freely confesses to the influence of D’Angelo on his new material, and backed by a tight band and two male backing vocalists, he resembles that neo-soul alchemist with his alluring waywardness supplanted by forensic discipline. Woon is no showman but he is a transfixing presence, patently in thrall to a hushed yet vivacious R&B that knows that soul is not about how loudly feelings are expressed, but how precisely.”

Gittins continued: “At times his wisp of a voice is a husk, a languid murmur, yet when he inserts himself into the heft and weave of Aaliyah’s Try Again, it fits him like a second skin. Woon’s artistry is all about subtlety and restraint, yet on the wistfully yearning Shoulda he pours the self-doubt of a long, dark night of the soul into exquisite deep house pop to intoxicating effect.” 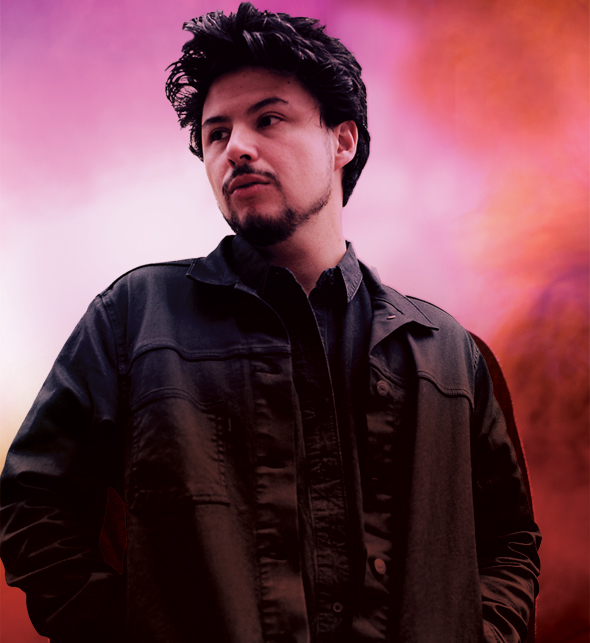 In this sense, Woon is applying a craftsmen’s expert touch to his work. Lessons have been learned, skills adapted, patience is quite clearly a virtue. The hype that suffocated his first album has mercifully disappeared. Woon’s time is now.

Speaking to The Guardian’s Harriet Gibsone upon the release of Making Time, Woon appeared a more content and fulfilled character this time around, noting: “You don’t have to conform to expectations that there are of you. It doesn’t even matter. Who cares if you make a record anyway? If you love making music, then it is something that is yours. You can do it on your own terms.”

And if doing something on your own terms, reaching deep inside and staying true to your own self isn’t the very definition of soul, then we don’t know what is.

What: RBMA presents One Big Vibes

Why: With his latest album Woon has stepped into the territory occupied by Maxwell and Erykah Badu in the ’90s.

How: Metro to Nakheel

News
Nightlife
EDITOR’S PICKS
UAE holiday dates announced for Eid Al Adha
READ MORE
Emirates extends suspension of flights from India to UAE again
READ MORE
Coming soon: Everything we know about Ain Dubai so far
READ MORE
Khorfakkan set to open new tourist attraction 580 metres above sea level
READ MORE
MOST POPULAR
6 brilliant hair and beauty deals in Dubai salons right now
There's an epic 2-for-1 deal on this new Abu Dhabi brunch
The next Regional Artist Spotlight rising star is: Moh Flow
Myrra by Opa launches Greek and Spanish Saturday brunch
Stargaze at night from Palm Jumeirah's sky-high observation deck
YOU SHOULD CHECK OUT
Our website uses cookies and other similar technologies to improve our site and your online experience. By continuing to use our website you consent to cookies being used. Read our privacy policy here.