They jump from heights of 27 metres, reaching speeds of 85 km per hour, and they’re going to finish the competition off in Dubai.

After travelling around the world, Red Bull’s Cliff Diving World Series will hold its jaw-dropping final in Dubai this October.

The world’s best cliff divers will come to Dubai to jump off of the seven-storey Pier Seven building in Dubai Marina (pictured above). Gulp.

As the event’s organisers explain, “The sport’s best athletes leap aesthetically from almost three times the Olympic height with no protection, except their concentration, skill and physical control.” 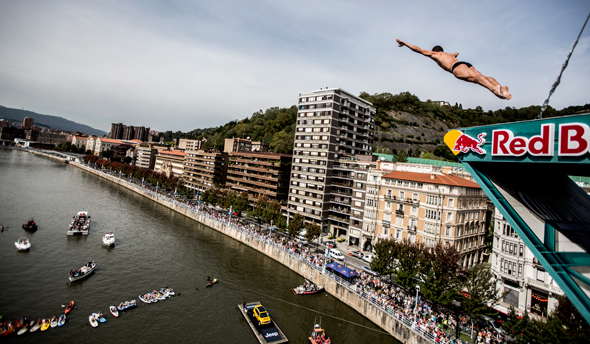 The cliff diving tournament is in its eighth year, and runs from June to October, with competitions also running in Texas, Copenhagen, La Rochelle in France, Polignano a Mare in Italy, Pembrokeshire in Wales, Mostar in Bosnia and Herzegovina and Shirahama in Japan. The dives will be from both natural wonders and manmade buildings – in rural and urban settings.

The final will be in Dubai on Friday October 28, and both the men’s and women’s champions will be crowned here.

“Spotlighting the sport’s cream of the crop, the Dubai Marina will provide the spectacular setting for the final showdown for the very first time,” say the organisers.

Reigning champion Gary Hunt of the UK is returning to the competition after a three-year absence, so is sure to be one to watch out for.

Here’s a look at some of the jaw dropping moments from the cliff diving competition’s last few editions: 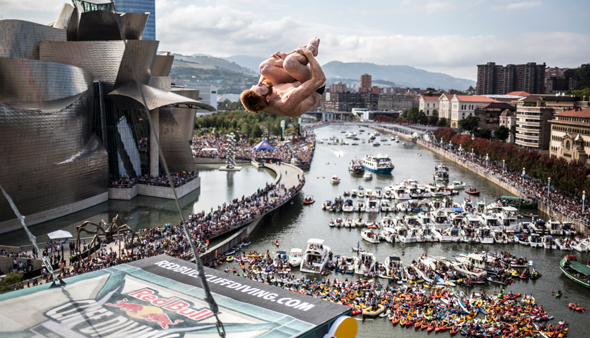 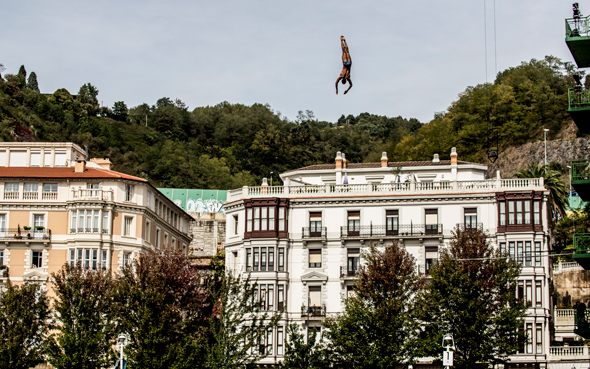 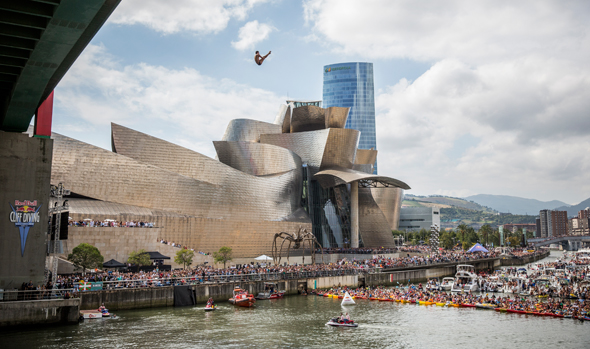 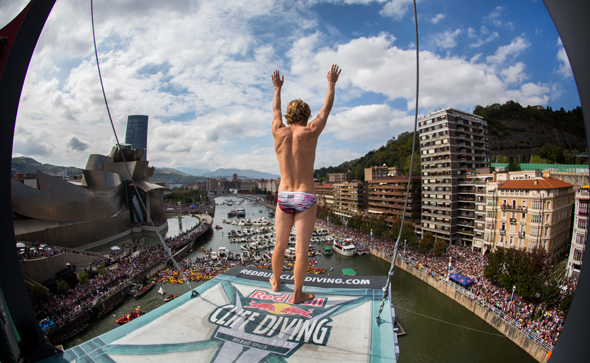 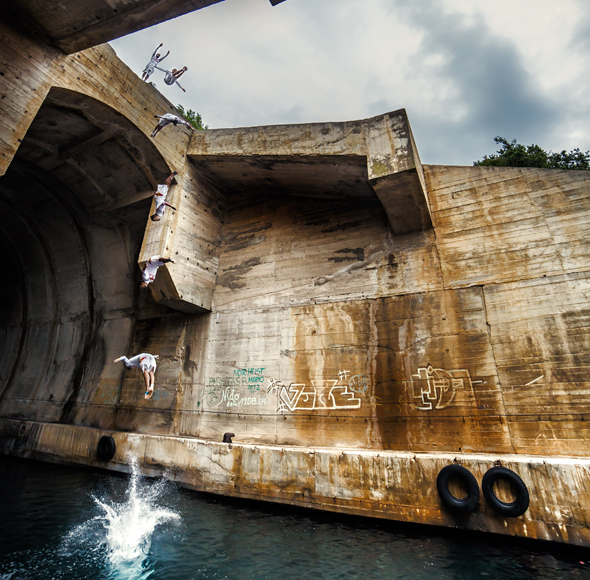 News
Outdoor
Sport & Fitness
EDITOR’S PICKS
Ain Dubai will open with fireworks, live music and a drone show
READ MORE
Incredible Aura SkyPool to open in Palm Tower this November
READ MORE
Brit Grand Slam hero Emma Raducanu confirmed for Mubadala Tennis
READ MORE
What’s On Nightlife Awards 2021: Here are the nominees...
READ MORE
MOST POPULAR
O Beach Dubai will no longer be opening on Palm Jumeirah
The most up to date information for entering Abu Dhabi: Oct 2021
First look: Instagram breaking 2D cafe, Forever Rose opens in Yas Mall
Emirates warns passengers to arrive early to DXB airport this weekend
Pics of the week: Your best photos of the UAE
YOU SHOULD CHECK OUT
Our website uses cookies and other similar technologies to improve our site and your online experience. By continuing to use our website you consent to cookies being used. Read our privacy policy here.