Five people were rescued from the water near the Burj Al Arab yesterday due to rough conditions.

Dubai Police have warned people against swimming when strong currents are in the water after five people were rescued from the ocean near the Burj Al Arab yesterday.

“People should avoid swimming in the rough conditions until weather conditions get better,” said Lt. Col Jumaa Butti Al Falasi, who is the Director of Dubai Police Search and Rescue.

He predicts that the strong currents and rough conditions will have passed by “next Tuesday”, but notes that whenever you see red flags on the beach in Dubai that is a warning not to swim in the ocean.

The warnings come after five people were rescued from the sea near the Burj Al Arab yesterday. 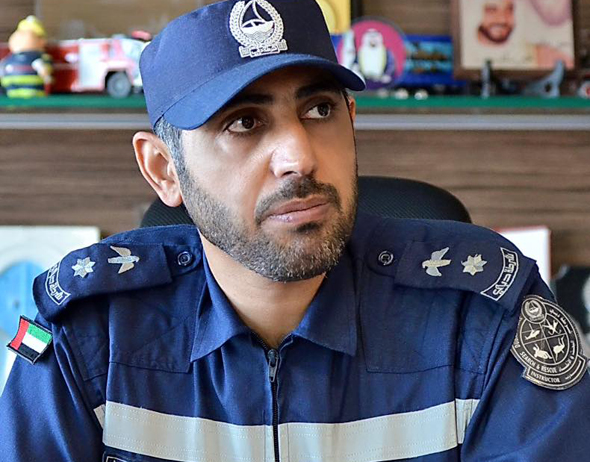 “The separate incidents, which took place near Burj Al Arab beach in Dubai, occurred within one hour of each other [between 11.30am and 12.30pm].”

The Dubai Police Search and Rescue team is on call 24/7 and have rescure boats, water bikes and police cars. In case of emergency call the Dubai Police operation room on 999 and explain the situation and the location.

News
Sport & Fitness
EDITOR’S PICKS
13 Sheikh Hamdan-approved restaurants in Dubai
READ MORE
Dubai brunches temporarily banned in new preventative measures
READ MORE
12 upcoming Dubai mega-projects we can't wait for
READ MORE
16 of the best beach bars in Dubai for sundowners
READ MORE
MOST POPULAR
Abu Dhabi restaurants where you can celebrate your love of Spritz
6 great beachside breakfast spots to try in Dubai this weekend
7 great deals to check out in Original Wings & Rings in March
Throwback: Check out these photos of the UAE's first hotel
5 empowering ways to celebrate International Women's Day in Dubai
YOU SHOULD CHECK OUT
Our website uses cookies and other similar technologies to improve our site and your online experience. By continuing to use our website you consent to cookies being used. Read our privacy policy here.