Princess Haya on lifting media sanctions, Princess Ameerah on stereotypes about Islam and the Minister of Happiness on her goals for the UAE…

It’s the Arab Media Forum in Dubai this week, which has seen a variety of talks and discussions about how the media can do good and effect change in the Arab world. 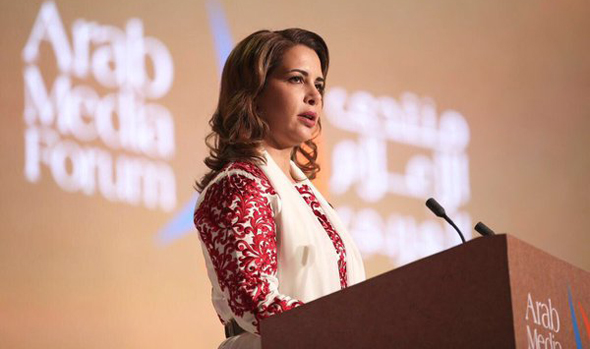 Princess Haya of Jordan, the wife of H.H. Sheikh Mohammed bin Rashid Al Maktoum, ruler of Dubai, gave the keynote speech at the Arab Media Forum and delivered a powerful message about the freedom of the press, asking for the lifting of all sanctions on the media in the region.

“I call for the lifting of restrictions on the fourth estate, the ‘media,’ so they can play their role in disseminating the real image of the Arab world with credibility and respect for the law,” she said according to Al Arabiya.

*READ NOW: Sheikh Mohammed’s letter on the future of the UAE*

“Give professionals their due rights to secure a decent living. We need a new charter for this profession, where the truth is our objective, and is delivered through credible news,” she said.

She focused on the fact that journalists need to be empowered, while also making sure they work within the law and called for the creation of a “Charter for Arab Media”.

She pointed out that the Western media have a tendency to be selective about what news events they highlight in the region, and so help perpetuate stereotypes. She noted that they particularly ignore humanitarian efforts in the Middle East (as of the end of 2015, the UAE had given Dh2.14 billion in aid to the Syrian crisis).

She also talked about her husband, calling him “a pioneer in the world of social media”, and mentioned how he visits shopping centres without guards, helped to fix a resident’s broken down car and how these stories were disseminated through social media.

THE MINISTER OF HAPPINESS

Ohood Al Roumi, the UAE’s much-talked-about Minister of Happiness, made her first official speech at the forum.

In the talk titled ‘Happiness as we perceive it’ she emphasised that happiness was the business of “every single government employee”. This fact means she doesn’t need a special Ministry of Happiness, she explained because: “we have more than 90,000 employees and our budget is the budget of the UAE”.

*ALSO: The Minister of Happiness talks about her mission*

She also explained how serious the business of happiness is, with Gulf News reporting that she said: “Do you think terrorists who blow up themselves and others, even at religious sites, are happy? All conflict is rooted in intolerance.”

During the discussion after she was asked if she is actually happy herself, “I’m very happy,” she answered, going on to explain that happiness doesn’t mean you have to “laugh around the clock”. It does mean, however, that you should “make a conscious decision to be optimistic” when you wake up in the morning, she explained.

PRINCESS AMEERAH AL TAWEEL ON THE PERCEPTION OF ISLAM 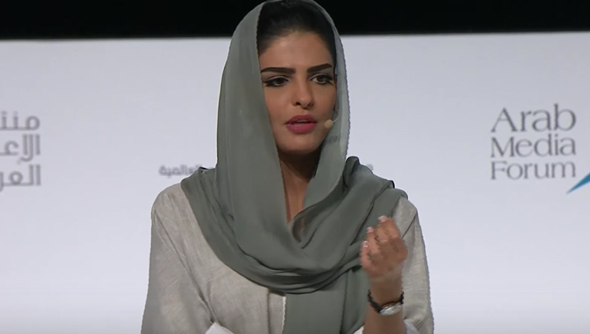 In it she talked about how the term “Allahu Akbar” [God is Great] has been “contaminated by terrorists and extremists who shout it when committing their horrendous, violent crimes”.

She went on to explain that from May 2015 to May 2016 there were 73 million Twitter searches about Islam, showing that people are intrigued by the religion. She then went on to point out, however, that when you Google the religion the first five pages show images of “people blowing things up”.

She brought up more stats according to The National, including the fact that a survey done on Twitter found that only 12 per cent of people had a negative view of the religion, while 83 per cent of people felt neutral and 5 per cent had a positive view.

The princess asked the audience to make one social media post a week showing a positive side of Islam in order to help change the online conversation.

She said we should celebrate “every prayer, whenever we see beauty, and when we are weak, scared, and happy”. 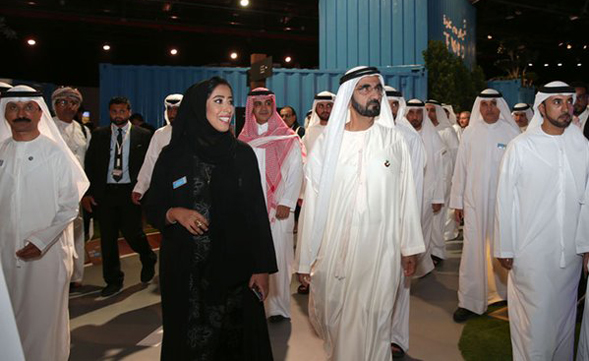 News
EDITOR’S PICKS
UAE holiday dates announced for Eid Al Adha
READ MORE
Emirates extends suspension of flights from India to UAE again
READ MORE
Coming soon: Everything we know about Ain Dubai so far
READ MORE
Khorfakkan set to open new tourist attraction 580 metres above sea level
READ MORE
MOST POPULAR
Update: The National Aquarium will house biggest shark collection in region
International tennis tournament Tie Break Tens is coming to Dubai
6 brilliant hair and beauty deals in Dubai salons right now
There's an epic 2-for-1 deal on this new Abu Dhabi brunch
The next Regional Artist Spotlight rising star is: Moh Flow
YOU SHOULD CHECK OUT
Our website uses cookies and other similar technologies to improve our site and your online experience. By continuing to use our website you consent to cookies being used. Read our privacy policy here.