Fasting this Ramadan in the UAE? Here's what you need to know

The Holy Month of Ramadan will be hot in the UAE this year, and the fasting hours long. Details here…

This year Ramadan is still strongly expected to start on Monday June 6 (1437 Hijri), and will probably end around Tuesday July 5.

It will be a hot time for fasters, with the average temperature in Dubai in June at around 40 degrees Celsius (and remember, the average takes temperatures from both day and night into account, so daytime temperatures while people are fasting will be higher).

Temperatures across the Gulf will be as high as 50 degrees Celsius during the Holy Month according to the Arab Union for Astronomy and Space Sciences.

He went on to explain that the hottest area throughout the month will be Ihsa, which is in the eastern province of Saudi Arabia. Ihsa borders the UAE – here it is (highlighted in red) on the map: 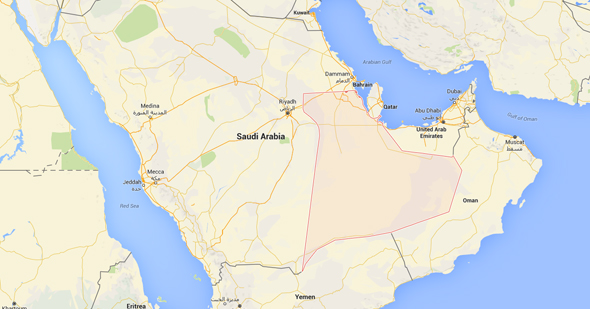 Throughout the month the sun is expected to rise between about 5.02am and 5.06am according to TimeAndDate.com, and it will then set between 7.34pm and 7.39pm.

This means that those fasting will have to do so for around 14 to 15 hours each day.

Last year in early June temperatures in Al Ain hit 50.5 degrees, and when the weather gets that hot the government recommends people stay indoors and avoid direct sunlight, so those fasting will want to do the same. 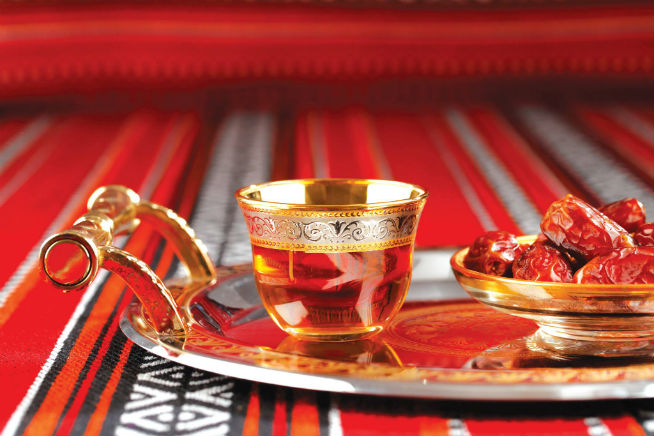 Dates are a traditional start to an iftar.

It’s not just the heat to take into account – according to Weather Spark, humidity in June can hit 89 per cent, and humidity makes it harder for the body to cool down.

Here are some heat issues, and how to deal with them (not all of the advice will be applicable for those fasting during Ramadan, but a lot of it will work):

HEAT CRAMPS
Warning signs: Heat cramps bring on sudden pains in muscle tissue, usually in the stomach, arms and legs area.
What to do: Exercising? Stop, and look for somewhere cool to rest. Sip water and rest for a few hours before doing anything too strenuous.

HEAT EXHAUSTION
Warning signs: A person may suddenly look pale. Heart rate will increase and the victim may complain of feeling dizzy and nauseous. A feeling of weakness is also common.
What to do: Seek shade immediately and lie down, especially if you’re feeling lightheaded. Apply a cold compress to the forehead and remove extra layers.

HEAT STROKE
Warning signs: Heat stroke is a type of hyperthermia where the body temperature is greatly elevated. If not treated it can be fatal. Symptoms can be similar to those of a heart attack, along with nausea, headaches, hallucinations, difficulty in breathing and agitation.
What to do: Apply cool water to the skin to encourage sweating and evaporation. Placing ice packs under the arms will also do the trick to reduce temperature quickly.

Some general Ramadan Do’s and Don’ts

DO… make the most of the community spirit. Say ‘Ramadan Kareem’ to friends and colleagues, introduce yourself to those neighbours you’ve always meant to say hi to, organise an after-work iftar, and catch up with friends and family.

DO… become a night owl. Everything happens later during Ramadan. Malls are open past midnight and suhoors go into the early hours. Embrace the late nights and discover a side to the UAE you may not have seen before.

DO… your bit for a good cause. Ramadan is a good time to put your money where your mouth is. The UAE has a wide range of charitable and volunteering organisations.

DON’T… forget the rules. If you’re not a Muslim, you’re still expected to be respectful. It’s frowned upon to dress inappropriately, eat, drink or smoke during daylight, play loud music or swear in public. At the very least these things are frowned upon and will cause discomfort to others, and at worst you may find yourself in trouble with the police or fined.

DON’T… lose your patience. Working hours are likely to be shorter (and perhaps a little less productive), those who are fasting tend to be tired, and the UAE’s roads will be more hectic at times.

DON’T… miss it. Lots of expats tend to head out of town during Ramadan, but it’s one of the most vibrant times to live in the UAE. What better time to get involved in the local culture?