Brexit: What it means for Brits in Dubai

Why the acrimonious break-up is no cause for immediate panic for Brits in the UAE (but a good reason to hit up a currency exchange).

Yes, it happened. The UK has voted to leave the European Union in what is set to be the divorce of the century. The Leave camp dominated on referendum day with 52 per cent of the vote after a whopping 30 million ballots were cast in total.

The fallout was swift – the pound tumbled, Prime Minister David Cameron announced he will step down, and the UK’s FTSE 100 stock index lost 3 per cent of its value in Friday trading.

The economic outlook may seem bleak, but Britain has two years to negotiate its withdrawal from the EU in a process not yet tested. In short, no one knows what will happen and how Brexit will actually affect anything (how comforting).

It’s no wonder people are feeling jittery, but for Britons living in the UAE, there could be pros as well as cons. So with no further ado, here are some predictions…

1. Now could be a good time to change your dirhams into pounds.

Sterling dropped to multi-year lows (such as a 35-year slump compared to the US dollar) after the break-up was announced on Friday.

And “if the value of sterling falls for expats paid in dirhams, it’s a bonanza equivalent to a nice pay rise,” Andrew Prince, Financial Planner at deVere Acuma, told Emirates Woman earlier this month.

READ MORE
*Dubai is getting more expensive (compared to the rest of the world)*
*How to leave Dubai*
*Get ready for queues, Dubai Airport is about to get very busy*

“The surprise result, as most speculators and the financial sector expected a narrow Remain victory, sent the value of sterling into a fall,” she said. “If you have money sitting in UAE dirhams or US dollars which you will eventually need to move to sterling then yes, I do think it is a good time to transfer. However I always caution against pure currency speculation as markets can move in strange ways.” 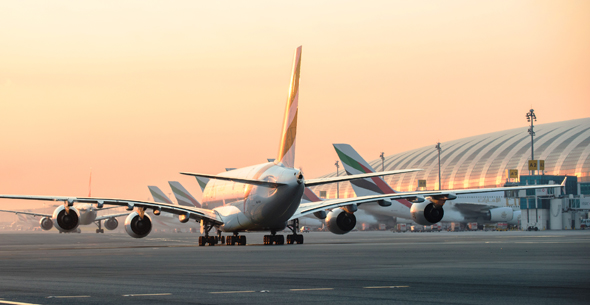 After the results were announced, newspapers around the world heralded the arrival of cheaper travel to the UK. And they’re not wrong – in the short term. With the pound weakened, you’ll get more bang for your buck when exchanging holiday money or booking accommodation in sterling, but don’t expect flash sales on airfares and hotels any time soon.

“There will be no real changes in the short term as the referendum was simply a vote and the UK has not yet left the EU,” said Bobker. “Such a move is unprecedented and requires a great deal of legislation to be enacted. So for travellers planning to visit the UK, for the time being at least, it is business as usual.

“The cynic in me says it is unlikely the cost of travel will reduce,” she added.

One silver lining touted on social media could be the reintroduction of duty-free sales between Britain and EU destinations but it’s dependent on how exit negotiations play out.

“It is not possible to predict how Brexit will affect the duty free and travel retail industry, and it is wiser not to make assumptions about exactly what the impact will be,” Erik Juul-Mortensen, President of the Tax Free World Association, told the BBC.

3. Got investments in the UK? Don’t panic. 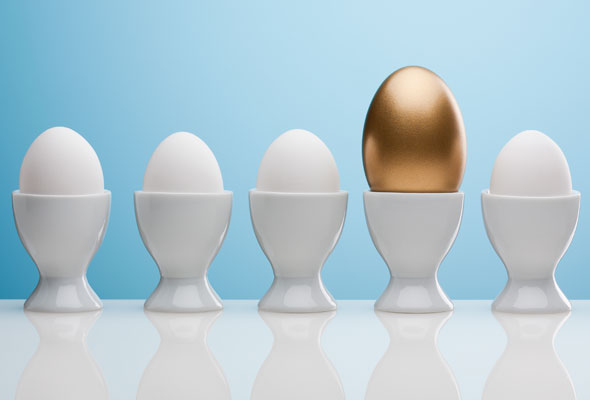 If the sight of shares tumbling is sending you towards an early heart attack, fear not – things aren’t as bad as they look.

“We will all be seeing a fall in the value of our investments but unless you pull out of markets these are paper losses,” said Bobker in a blog post. “There is no need to make a physical loss so hang on in there.”

What’s more, this could be a good time to think about putting more cash into your portfolio.

“This is potentially a time to consider investing, at least when the dust has started to settle in a few days, or weeks, time,” said Bobker. “If you are investing on a monthly basis you are theoretically in a good position as you are buying more units in your funds than before and will benefit from markets moving upwards.

“If you have previously invested a lump sum, then the right asset allocation will minimise losses and you will be in the right place when markets start to rise again, which they will in time.”

4. Now might be a good time to get on the property ladder. 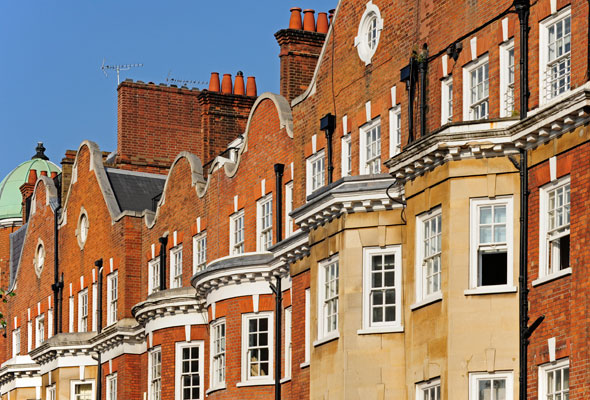 Bad news or good news first? Let’s start with the negative – if you’ve already got a British residence to your name, the pound’s dive-bomb will have temporarily erased any gains in recent years.

“Any US dollar or UAE dirham investors will find the price of an average prime central London residential asset $96,000 (Dhs 350,000) less than it was on June 20,” Faisal Durrani, Head of Research at Cluttons consultancy, told Gulf Business.

Yikes. But, there’s an upside if you’re hoping to dip a toe into London’s property market.

“Conversely of course, London residential property is now $96,000 cheaper for international buyers looking to enter the market,” Durrani said, adding that potential buyers are looking at a 31 per cent price drop since the last market peak in 2007.

“Some pundits expect the value of UK property to fall by 10 per cent or more,” Bobker said. “For those with existing investments, as property is such an illiquid asset it should be a long term holding and such fluctuations ought not to be an issue unless someone needs to sell in the near future.

“Unless the property is sold, there is no loss and a mature housing market, such as the UK, should bounce back eventually.” 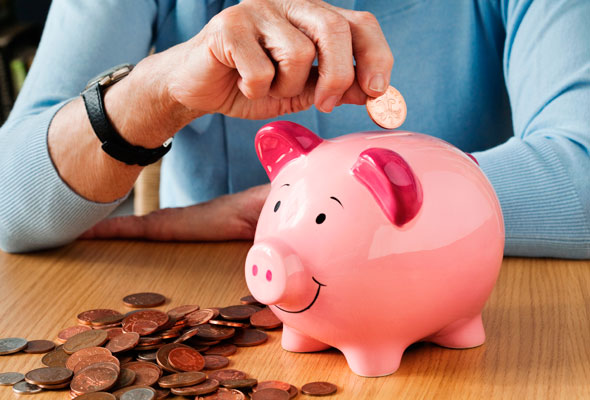 Prior to the referendum, Prime Minister David Cameron warned that a Brexit could see pension pots slashed – and the FTSE 100 3 per cent drop didn’t do much to reassure UK citizens.

However that’s really not as bad as it sounds, Bobker reassures.

“The fall in the Dow Jones Industrial Average was similar, though the main German market, the DAX, suffered a drop closer to 7 per cent,” she said. “I expect to see volatility for a while until we figure out the real implications as markets hate uncertainty. Unless someone is planning on taking benefits now, the advice is to hold tight and ride out this particular storm.

“If anyone is receiving an income from investments or sterling and usually converts that to dirhams then there will be significant reduction in the real value at the moment.”

6. If I have a Schengan visa, will I be affected?

“The UK is not party to the Schengan Agreement so this should not be affected,” Bobker said. “Quite how the UK ceding from the EU will affect travel across Europe is unknown, but the expectation of many is that there will be restrictions.

“The result does not change the rules for anyone wanting to travel to the UK from outside Europe either.”

UAE citizens don’t need one, but plenty of other expats do – find out what countries qualify here.

7. If you love shopping online, have a splurge. 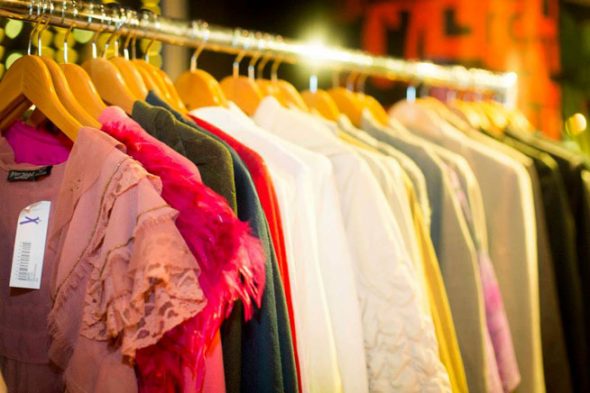 Wondering if UK-made products could become cheaper or dearer here as a result of a Brexit? Quelle surprise, the effect on trade is steeped in uncertainty.

“In theory imports should be cheaper if bought in sterling with dirhams, but many goods are purchased a long time ahead with fixed exchange rates,” Bobker said.

“If sterling remains weak it ought to affect some prices, but the value differential may be more beneficial for individuals who buy directly from the UK using dirhams as they will get more for their money.”

So British department stores that ship to the UAE, we’re coming for you…

8. Will EU expats – not just Brits – in Dubai feel any fallout?

Unfortunately, we all will, but things are so uncertain right now that anything could happen.

“Many people are benefitting from transferring money into sterling but anyone with investments has been affected,” said Bobker. “They will continue to be for some time. Right now, no one knows quite how this will all pan out but the decision was a shock to a large number of people and took them unawares.

“My general advice to people is not to panic even though we are entering uncharted waters.”

So, as the most irritating of all British memes says: 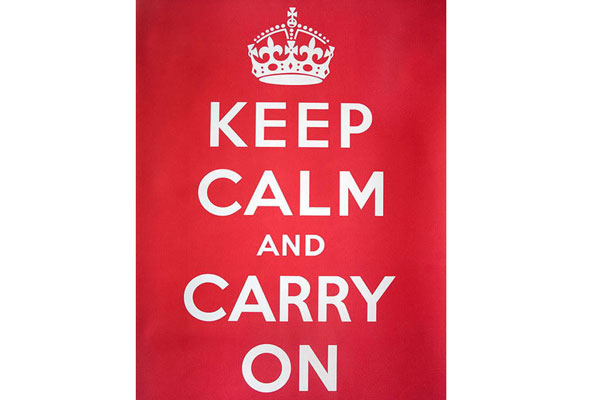 News
EDITOR’S PICKS
UAE holiday dates announced for Eid Al Adha
READ MORE
Emirates extends suspension of flights from India to UAE again
READ MORE
Coming soon: Everything we know about Ain Dubai so far
READ MORE
Khorfakkan set to open new tourist attraction 580 metres above sea level
READ MORE
MOST POPULAR
It's Dhs350 to brunch, stay and play at the What's On Lock In this weekend
'Museum of the Future' named one of world's 14 most beautiful museums
6 wow things to in Abu Dhabi this week: August 1 to 4
Cult fitness brand F45 to open a new studio in Palm Jumeirah
6 brilliant things to do in Dubai this week: August 1 to 4
UAE weather: Temps of over 50ºC recorded in the shade
YOU SHOULD CHECK OUT
Our website uses cookies and other similar technologies to improve our site and your online experience. By continuing to use our website you consent to cookies being used. Read our privacy policy here.