He’s founded a multitude of popular UAE radio stations, including Radio 1, 2 and 4, and children’s only channel Pearl FM.

But behind the microphone, he’s also a driven charity worker, championing causes such as repatriating ill Filipino workers, and raising money for those struggling with debilitating disabilities.

However Jeff Price now needs his own champions as he battles a rare brain condition. 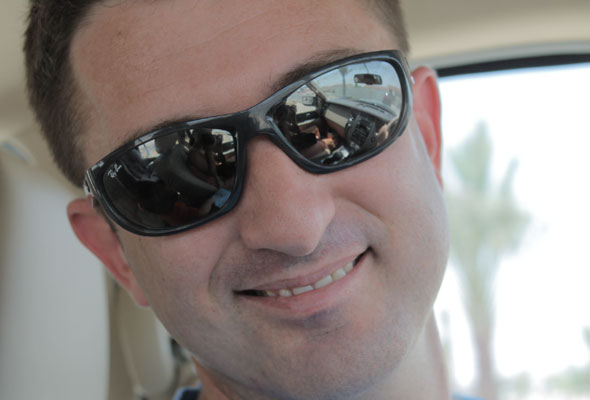 Price, who is originally from the UK but has been in the Emirates for 22 years, was diagnosed earlier this year with hydrocephalus – a condition that causes fluid to build up in the brain.

However his medical insurance provider has refused to pay out, saying treatment is not covered by his policy.

With the help of friends and family, the 43-year-old has had two self-funded surgeries to date, but desperately needs a third, life-saving operation.

A GoGetFunding page has been set up by his sister to help Price raise the cash for his much-needed surgery, with a goal of raising Dhs315,000.

The tally currently stands at around Dhs115,000. 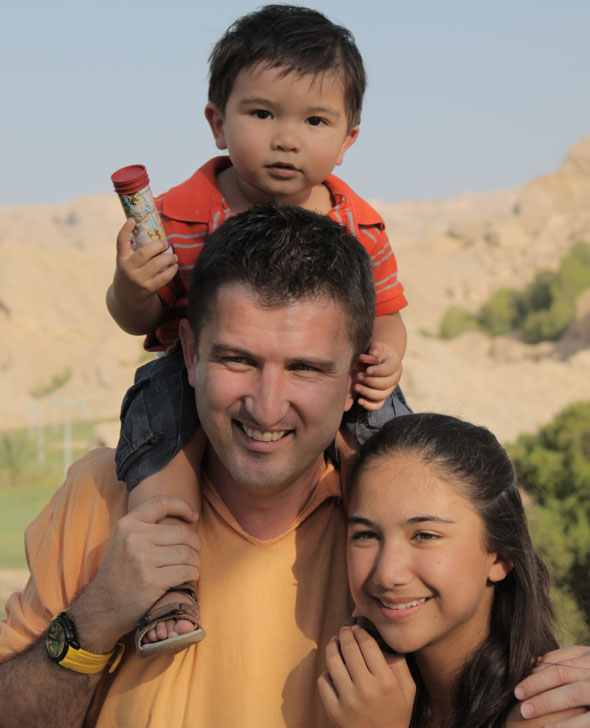 The father of two, who lives in Jebel Ali Village with his children and wife Cynthia, was first diagnosed in February after suffering crippling headaches.

His first two surgeries inserted valves into his brain, in order to relieve pressure caused by the build-up of fluid. He now needs a third valve “as daily his sight is failing and the short–term memory and speech areas of his brain are being damaged,” his fund-raising page says.

“The doctor has ordered for Jeff to have an operation immediately as he suspects there is a malfunction in one of his shunts caused by blockage of fluid. He is currently resting at home, waiting to have his third operation. The only thing hindering his progress is the lack of funds,” wife Cynthia told Gulf News.

“It’s a very tough time at the moment, but we are just overwhelmed, thankful, humbled with the support and kind words we have received from people all over the world.”

Price, who has also worked as a TV presenter at City 7 and Dubai One, does not qualify for NHS treatment in his native Britain as he has lived overseas for so long.

“Jeff has never shied away from seeking help for those in need, but at a time when he needs that help himself, he feels unable to ask you himself, so we have to do it for him,” sister Emma Bartholomew wrote on Go Get Funding.

“We all know from Jeff being a part of our lives, with his warmth, humour and compassion, that Jeff would help you in a heartbeat.”

News
Well-being
EDITOR’S PICKS
So, when is the next UAE public holiday in 2021?
READ MORE
All of the lavish new hotels set to open in Dubai in 2021
READ MORE
16 of the best pool passes in Dubai that are fully redeemable
READ MORE
All of the restaurants at West Beach, Palm Jumeirah
READ MORE
MOST POPULAR
Win a room at next weekend's Fairmont Bab Al Bahr Lock In
MOHAP begins Sinopharm trials on children aged three to 17
3 all-you-can-eat breakfast deals in Dubai to try this weekend
Update: Emirates again extends suspension of flights from India to UAE
This Abu Dhabi hotel has amazing dining deals seven days a week
YOU SHOULD CHECK OUT
Our website uses cookies and other similar technologies to improve our site and your online experience. By continuing to use our website you consent to cookies being used. Read our privacy policy here.