There’s something special about driving up to Burj Al Arab. Watching tourists peer through the gates to get a closer look at the sail-like structure as you smugly drive through and past security. You feel special. To get into the five-star property you need to have a reservation for one of their luxury restaurants or high tea experiences. It has been synonymous with fancy occasions and fine-dining fare.

While you still need to book ahead, Scape Restaurant & Bar is the hotel’s new and slightly more casual eatery. Located on the new sea-level terrace, Scape is perched at the end in a stand-alone venue that’s flanked by the ocean. 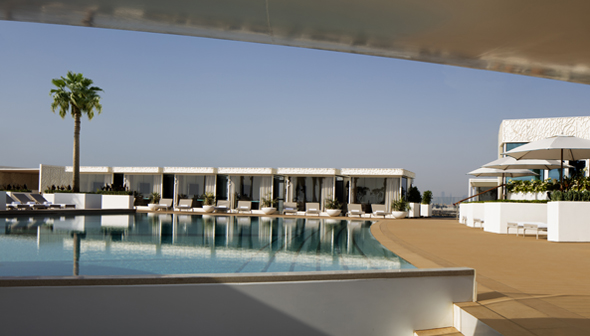 The cuisine is ‘Californian-inspired’, which is ultimately a catch-all cuisine. The menu hops from edamame grazing bowls (Dhs25) and maha mahi ceviche (Dhs80) to chipotle quesadilla (Dhs85) and prime ribeye (Dhs225). It’s what you’d hope for at a beach spot – unpretentious food with lots of variety.

In the end we opted for the scallop tiradito (Dhs95) featuring beautiful rose-tinted slivers of raw scallop doused in tiger milk, with shavings of apple and red radish. It was zesty, flavourful and light. 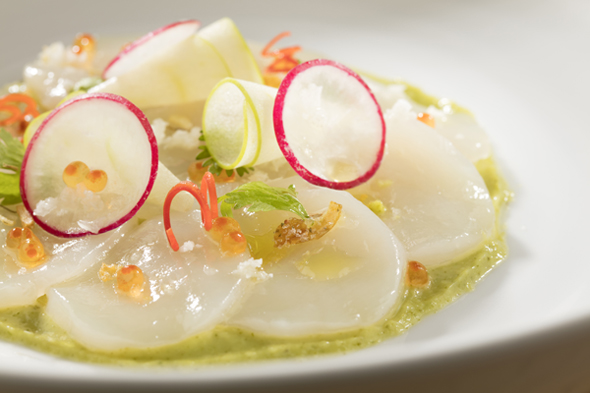 Then came a mediocre mushroom pizza (Dhs95) – the goat cheese gave it a rich taste but the crust was neither crispy nor thick. 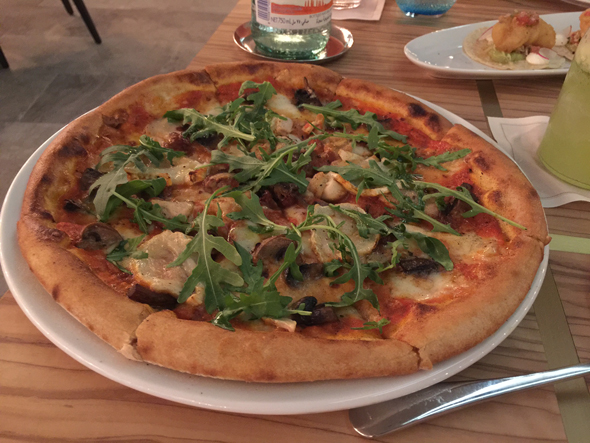 However, the baja-style fish tacos (Dhs75) – with hunks of perfectly battered fish, a splodge of guacamole and salsa – were finger-licking good. 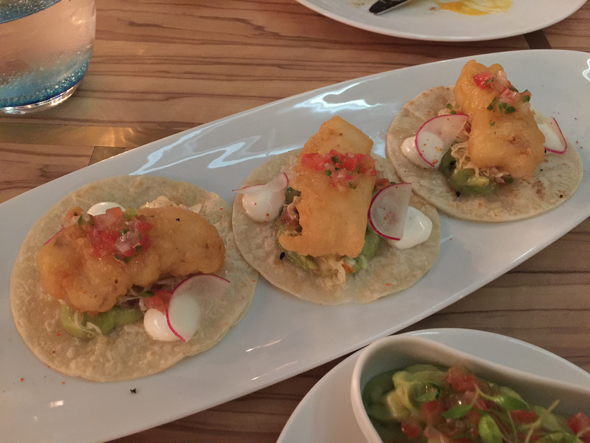 Puddings were a feat and flop in equal measure. The salted caramel sundae (Dhs65), a layered treat of popcorn, chocolate brownie and caramel ice cream, was dreamy and perfectly balanced but our spoon was no match for the mascarpone cheesecake (Dhs65), which would have required a jackhammer to break into the frozen dessert.

[Editor’s note: What’s On has since eaten several of Scape’s mascarpone cheesecakes which were all superb. The smooth creamy-textured topping, mixed with a crumbly base, masterfully hit all the right notes.] 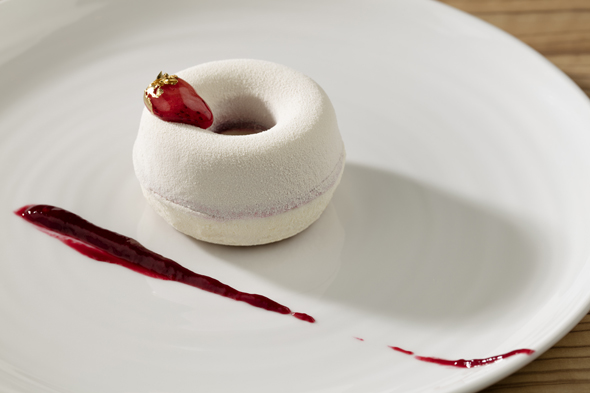 With a prime spot in the shadow of Burj Al Arab, Scape certainly looks the part. The staff are extremely welcoming and happy to be working at an exciting new restaurant. When the weather cools, and a few kinks are ironed out in the kitchen, we predict its alfresco seating (where shisha is also served) will be one of the top spots in town.