Olympic report: 5 things to know about the UAE's week in Rio

It’s half-time at the Olympic Games in Rio de Janeiro and with one medal already in the bag, when better for What’s On take a look at how Team UAE has performed so far and what else we can expect in the second week of events…

The UAE National Olympic Committee have taken 13 athletes to Brazil for the most-watched sports show on the planet. Of the delegation — there are nine men, four women — swimmer Nada Al Bedwawi is the youngest at just 18 years old and skeet shooter Saif Bin Futtais the oldest at 42.

All but one of the delegation have already been in action, with naturalised judoka Sergiu Toma securing a historic bronze medal in the -81kg weight class. It was the first medal for the UAE since Sheikh Ahmad bin Mohammed bin Hasher Al Maktoum claimed gold in double trap shooting 12 years ago. Toma dedicated the ribboned reward to his adopted country, adding “I hope it is not the last”. 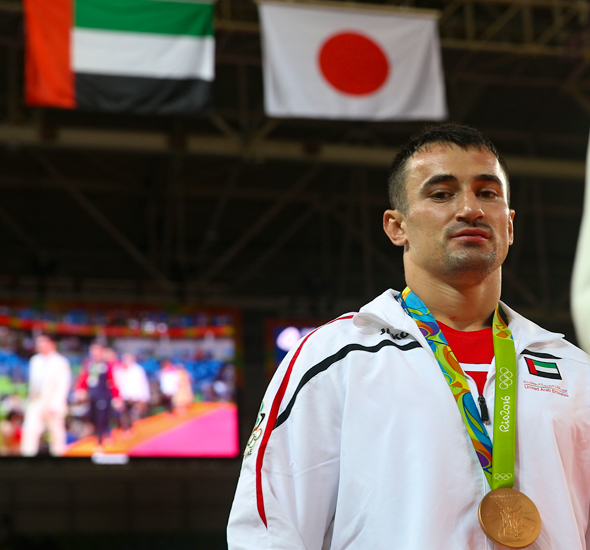 Sergiu Toma proud to be winning the UAE’s second ever Olympic medal.

2. THE FIRST FEMALE SWIMMER TO REPRESENT THE UAE

Even before Toma’s victory in the bronze-medal match, Rio 2016 had already proved ground-breaking for the Emirates. From the moment Nada Al Bedwawi, dressed in all black hijab and glasses, walked out with the UAE flag during the Opening Ceremony at the Maracanã last Friday, it became clear this was going to be a fortnight of firsts for the country. 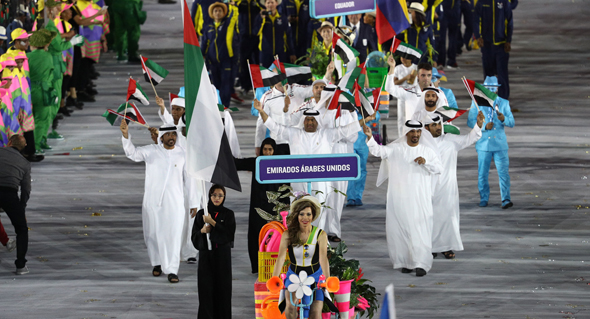 The Opening Ceremony saw the athletes in national dress.

Al Bedwawi not only became the country’s youngest flag-bearer but also the first female swimmer to represent the UAE. Yesterday, she swam her 50m heat in 33.42 seconds to rank 78th overall from a field of 88 starters. She exited the Olympic Aquatics Stadium with a smile as wide as Sheikh Zayed Road.

“When I was in the corridor I was just calming myself down so I wasn’t nervous, but then when I took off my shoes to enter the water, I felt my legs shake,” she said. “But now it is all over, it was a great experience and I am very satisfied with my result. It is much better — two or three seconds better — than my previous time and I am only going to keep improving. It’s been a great honour to represent my country and, most importantly, represent the young Emirati girls, especially those who want to do sports.” 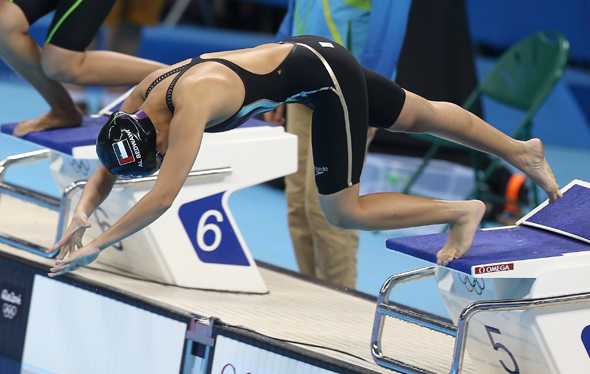 3. UAE ATHLETES ON THE TRACK

Al Bedwawi’s swim was the first event in a packed day of action for the UAE, which included Alia Saeed finishing 23rd in a record-breaking 10,000 metres final. Born in Addis Ababa but given citizenship by the Emirates, the reigning champion of Asia completed the distance in 31 minutes, 56.74 seconds at the Olympic Stadium. Her time was significantly slower than fellow Ethiopian Almaz Ayana, who set a new world record with a time of 29:17.45. 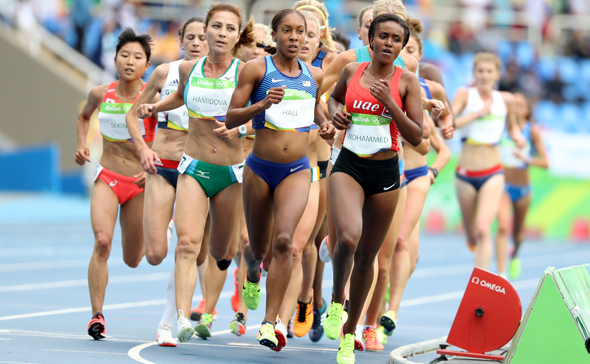 Another Addis-born UAE athlete, Betlhem Desaleyn, who was due to race in the 1,500m later in the day, was forced to withdraw with a hamstring injury, while the fourth female athlete at the Games, Ayesha Al Balooshi, finished last in the 58kg weightlifting four days earlier.

4. THE UAE SHOOTERS STRUGGLE WITH CONDITIONS

Al Futtais and Sheikh Saeed Al Maktoum were also in action on Friday in the skeet shooting qualifiers having watched Khaled Al Kaabi finish ninth from a field of 22 in double trap two days earlier. Only the top six progressed to the finals. 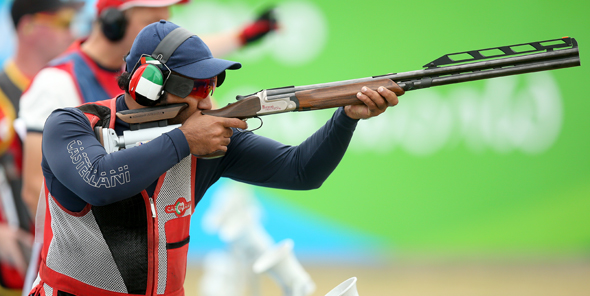 “The competition was very difficult in light of the climatic conditions,” Al Kaabi said having missed out on progressing by a single point. “Clouds and a lack of vision made it very difficult and I did not know how to deal with the atmosphere. I trained on these fields for 14 days before the start of competition, but shooting is a precise game and minute details can have big effects.” 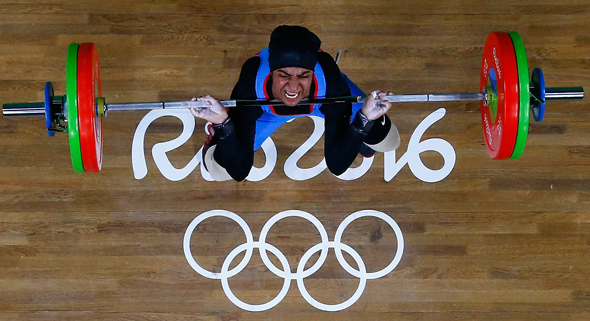 Elsewhere, Yaqoub Al Saadi finished fifth in his 100m backstroke heat, three seconds off the pace; Yousif Mirza failed to finish the cycling road race after being caught up in a collision early in the event; and judoka pair Ivan Remarenco and Victor Scvortov were eliminated in the round of 32 and round of 16 respectively. Plus, Ayesha Shahriyar Al Balooshi ranked 16th in the women’s weightlifting 58kg event, lifting 162 kg (the winner managed 240 kg).

SO WHAT ABOUT THIS WEEK?

Going into the Games’ second week, Bin Futtais and Sheikh Saeed will continue the skeet qualifying process today while Saud Al Zaabi is scheduled to run in the men’s 1500m on Tuesday. Sheikh Saeed, competing at his fifth consecutive Olympic Games, is widely regarded as the country’s best chance of adding a second medal to come home alongside Toma’s.

News
Sport & Fitness
EDITOR’S PICKS
What’s On Nightlife Awards 2021: Here are the nominees...
READ MORE
It's back! What's On Lock In returns to Media One Hotel
READ MORE
Arts and culture: 5 spots we can't wait to visit at Expo 2020 Dubai
READ MORE
UAE petrol prices are set to decrease in September 2021
READ MORE
MOST POPULAR
This green Abu Dhabi space will stage a pub garden with live music
Treat yourself with the ultimate comfort food at Denny's
8 spots to enjoy a free cup of coffee this weekend
It looks like Khalid and Lewis Capaldi are headlining the Abu Dhabi F1 concerts
Stunning mountain retreat Six Senses Zighy Bay is reopening in Oman
YOU SHOULD CHECK OUT
Our website uses cookies and other similar technologies to improve our site and your online experience. By continuing to use our website you consent to cookies being used. Read our privacy policy here.