What’s On chats to the divers who’ll be leaping from Pier 7 in the final of the Red Bull Cliff Diving World Series 2016 this month.

They jump from heights of 27 metres, reach speeds of 85 kilometres per hour, hit the water at up to five-G, and now a team of thrill-seekers will be leaping off Dubai Marina’s Pier 7 in a bid to be crowned the Red Bull Cliff Diving World Series champion on October 28. 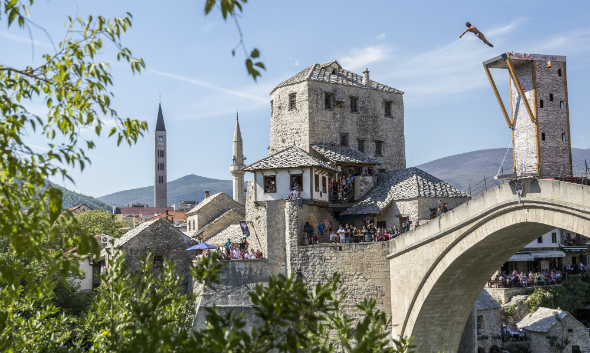 This is the first time that the World Series has come to the UAE and it’s extra special, as this is the all-important final. Sixteen divers will be looking to impress judges with some slick midair moves before plummeting into the water below.

These adrenaline junkies make Olympic diving look like a splash in the kiddies’ pool. Before arriving in Dubai, the athletes will have taken on eight impressive, picturesque and downright terrifying dives across four continents.

This includes plunging into a Texas lake, jumping off the Royal Danish Opera House, pitching into rough seas in Portugal, and diving off 16th-century bridges in Bosnia And Herzegovina, and from Japanese cliffs.

Thousands of spectators turn up to every event so don’t miss out on the action.

The five-time World Series champion is the biggest name in cliff diving right now. The Brit has more wins to his name than any other diver in the series. 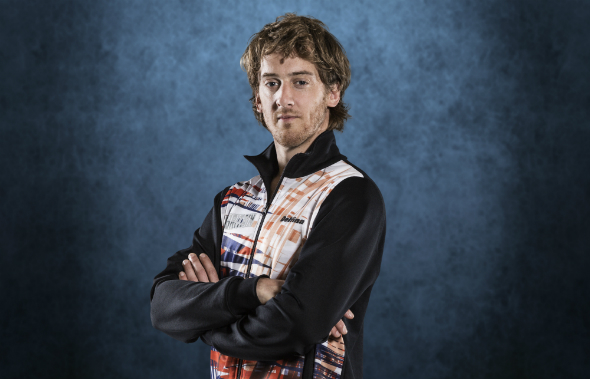 “I was part of a swimming club from the age of six. By nine I was training in the big pool and the divers looked like they were having much more fun, so I gave it a try.”

“Over the next 13 years I learnt as many dives as possible, even the crazy ones nobody else wanted to try. This gave me the confidence that’s put me in the position I am today.”

“At a show in Italy I met world champion cliff diver Steve Black. He gave my name to the cliff diving organisers and in 2007 I started competing.”

“I recently jumped from around 32 metres in Furore, Italy. Every year I’ve wanted to jump directly from the bridge, and this year I finally did it.”

“Losing my best friend Gavin Brown in a hit-and-run car accident really shaped me as a person. It was actually his idea to introduce the running takeoff to the sport. He was an incredibly talented diver and one of my idols. I learnt a lot training with him and pay him tribute every time I take that running leap.”

“Every time you try a new dive your heart beats faster, your palms get sweaty and your mind fills with doubt. A cliff diver’s job is to overcome this fear and trust the training.”

“Most cliff divers have at least ten years of experience diving from the ten-metre platform. We’re all ‘classically’ trained in a diving pool.”

“I’d love to explore the cliffs in Africa. We haven’t been to this continent (yet) and I’m sure there are some incredible places to dive.”

The US diving star became the first winner of the Women’s World Series in 2014, and successfully defended her title last year. 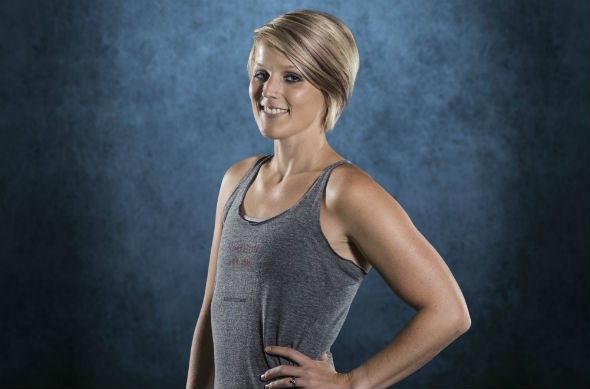 “My parents owned a gymnastics school and, growing up, I was always climbing and flipping off all the equipment – the higher the better. I loved rock climbing too.”

“I started diving in high school and then acrobatic shows after graduation, which led to performing in a show that had a high-diving act. A couple of years later I joined the series.”

“My highest jump has been from 24 metres. But my craziest jump was in Indonesia when we did a giant rope swing, which started from a 15-metre platform and swung out over the ocean where we let go at the highest point. It was amazing – almost what I imagine flying feels like.” 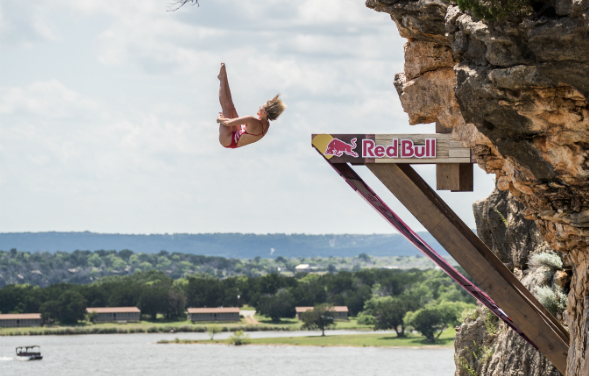 “My hardest dive is a front triple somersault with one-and-a-half twist. I was the first woman to compete a dive that hard.”

“When I tell people what I do, most of the time people have no idea what I’m talking about and when I explain most think I’m crazy.”

“I’d really love to dive in Greece. I’ve seen some beautiful cliffs in photos and I’ve always wanted to dive there.”

“I’ve had a few life-changing moments, but one that sticks out is when my husband and I moved to China almost on a whim so I could perform in a show called The House Of Dancing Water. What an experience.”

The Mexican diver is one of this year’s surprise competitors, currently in the number two spot behind Gary Hunt. 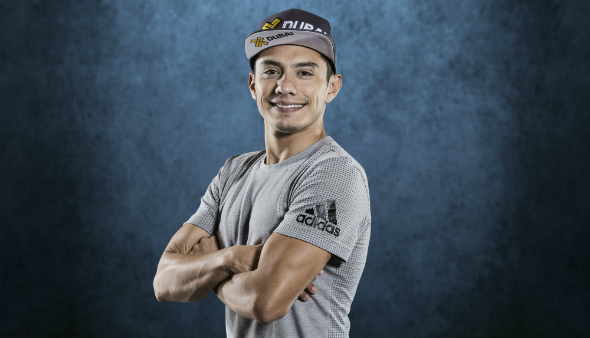 “I’ve been diving since I was six. I left it for a while to try American football, but it didn’t work (I’m too small). I tried high diving in Mexico City and loved the heights.”

“My highest jump was in Victoria falls last December – 30 metres above the water. It was an incredible experience.” 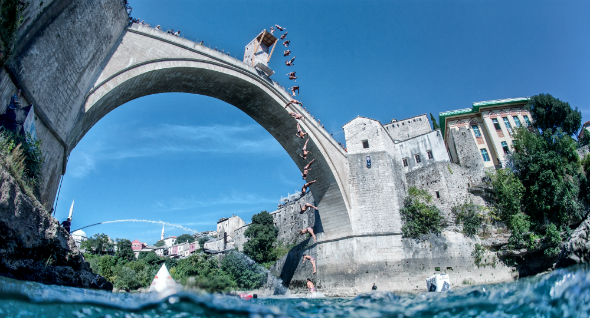 “My signature dive is the front two and a half twist.”

“What’s next for me? I’m going to try to win the Red Bull Cliff Diving World Series and be the best cliff diver in the world.”

Canadian diver Lysanne is also one to look out for. After coming fifth overall in the 2015 women’s series, she’s now in second position. 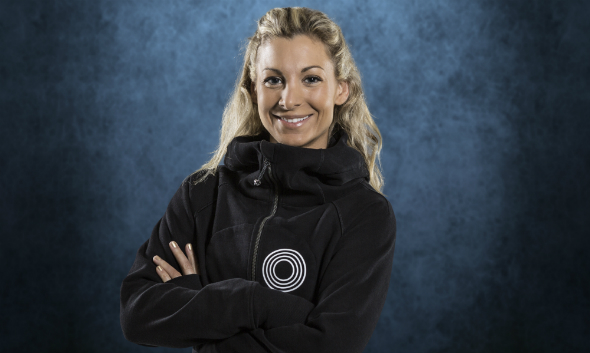 “Cliff diving is the best sport in the world. Jumping from such a height feels almost like flying and the speeds we hit makes it addictive.”

“I learnt high diving when I was doing diving shows in north France – as soon as I saw it I knew I had to do it. It only took me a week to get to the top platform, 27 metre high.”

“For me, high diving is a dream come true. I saw a show when I was a kid and since that moment I knew I’d do it one day. Competing with the best athletes in the world is amazing.” 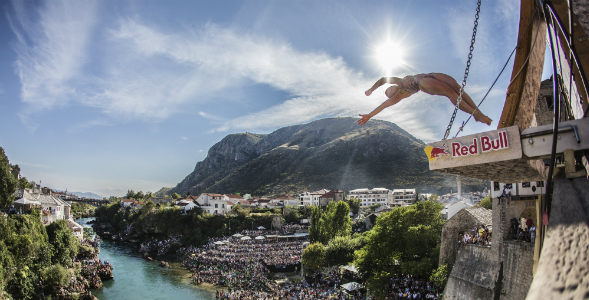 “The best dive I’ve done, in term of points, was a triple front with one and a half twist. I have some more difficult new dives in my head that you’ll see next season.”

“When I tell people what I do most of them don’t believe me. It’s certainly not a common thing for a mum of three to do.”

News
Outdoor
Sport & Fitness
EDITOR’S PICKS
Bla Bla: Dubai's huge new beach club is set to open this Thursday
READ MORE
16 of the best beach bars in Dubai for sundowners
READ MORE
Watch: A look inside Conor McGregor's Dhs20,000 per night Dubai villa
READ MORE
Where to get the Covid-19 vaccine in Dubai, Abu Dhabi and across the UAE
READ MORE
MOST POPULAR
Market on the Creek: Dubai Festival City Mall launches outdoor market
Conor McGregor shares Abu Dhabi yacht snaps ahead of UFC clash
Discover Mall of the Emirates' cool new concept store, THAT
Check out these incredible images of Dubai's 'Love Lakes'
Short+Sweet Dubai is back for its ninth year starting this weekend
YOU SHOULD CHECK OUT
Our website uses cookies and other similar technologies to improve our site and your online experience. By continuing to use our website you consent to cookies being used. Read our privacy policy here.