Prince Charles and Camilla the Duchess of Cornwall, are now on day two of their three-day tour of the UAE, and yesterday they visited the majestic Sheikh Zayed Grand Mosque to discuss the importance of tolerance of all people and religions.

The tour was attended by Sheikh Lubna, the UAE’s Minister of Tolerance, as well as religious leaders from many different faiths across the UAE. 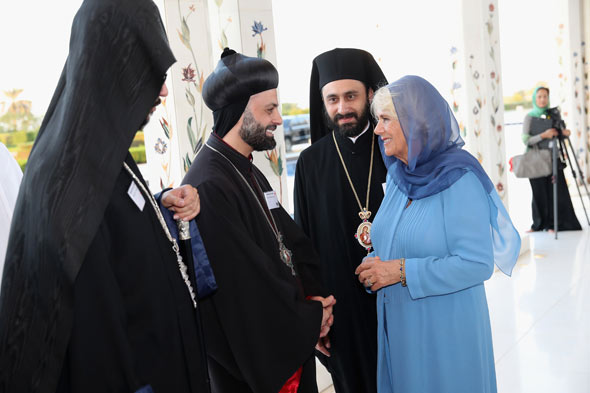 Different religious leaders from across the UAE were at the mosque to meet Charles and Camilla.

Sheikh Lubna spoke to the royals about how the UAE and UK both represent a “promotion of tolerance, a respect of cultural diversity, and the acceptance of intellectual, cultural and religious values.” 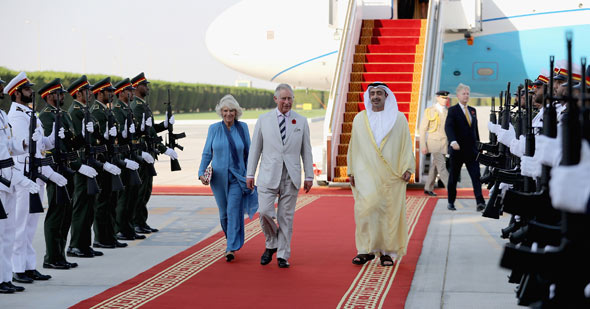 The British royals were greeted off the plane by H.H. Sheikh Abdullah bin Zayed Al Nahyan, the UAE’s Minister of Foreign Affairs. 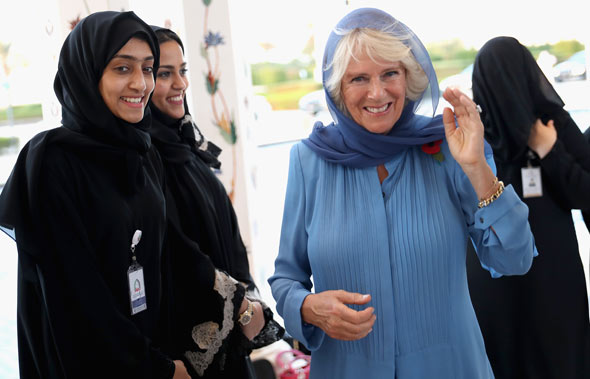 Camilla took time to chat to a group of Emirati women while at the mosque. 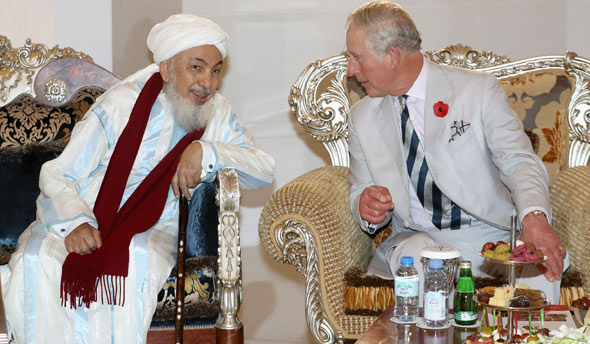 The visit included a panel discussion with a range of religious leaders who are allowed to openly practice their faith in the UAE. 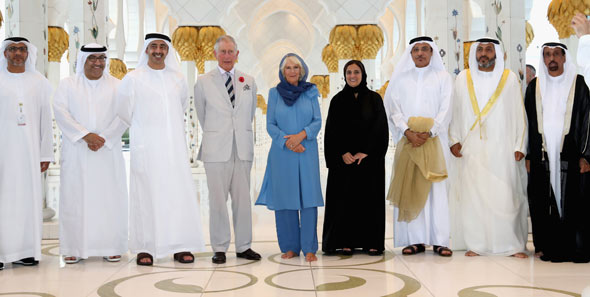 Many ministers attended the event.

While at the mosque the royals visited the late Sheikh Zayed bin Sultan Al Nahyan’s mausoleum, and also viewed a photo exhibition that charts the arrival of Islam to the UAE.

WHAT ELSE WILL THEY DO WHILE HERE?

Prince Charles will also tour the private nature reserve the Bu Tinah islands as well as visit the Jahili Fort in Al Ain to listen to a performance by young Emirati musicians. In addition, His Royal Highness will stop by the Masdar Institute of Science and Technology, where he is a patron.

Her Royal Highness the Duchess of Cornwall will visit the Imperial College London Diabetes Hospital, attend a tea for women empowerment and tour the Abu Dhabi Falcon Hospital.

The royals will then head to Dubai and Sharjah on November 8 to visit the International Humanitarian City and see the Expo 2020 site, before flying to Bahrain where they’ll end their engagements on November 11.

Culture
EDITOR’S PICKS
Here's the full list of UAE public holidays in 2023
READ MORE
23 incredible things to look forward to in the UAE in 2023
READ MORE
Hidden gems: 10 UAE desert pop-ups to discover this winter
READ MORE
Where to travel in 2023: 10 new flight routes from the UAE
READ MORE
MOST POPULAR
6 brilliant things to do in Abu Dhabi this week: Feb 6 to 9
Dubai tourism increases by a massive 97 per cent
16 incredible mega projects coming to Abu Dhabi soon
The epic Asian Le Mans Series returns to Dubai Autodrome this month
Snapped: Celebrities spotted in the UAE this week
YOU SHOULD CHECK OUT
Our website uses cookies and other similar technologies to improve our site and your online experience. By continuing to use our website you consent to cookies being used. Read our privacy policy here.