Get excited because Party in the Park is this weekend!

Competitions
News
Nightlife
Things to do

What’s On Party In The Park returns this Friday: here’s your chance to meet the bands (and get tickets!)…

Now in its third year at Dubai Media City Amphitheatre, Party In The Park combines everything you love about music festivals – live bands, great DJs, food and drink, sunshine and a liberal sprinkling of festival madness – all without having to contend with mud, Wellies or getting stranded in a field miles from home.

With three brilliant stages featuring superb British artists, a festival atmosphere and a classic Dubai barbecue brunch, Party In The Park is back and ready to rock your socks off.

*ALSO READ: 10 other reasons to go to Party in the Park* 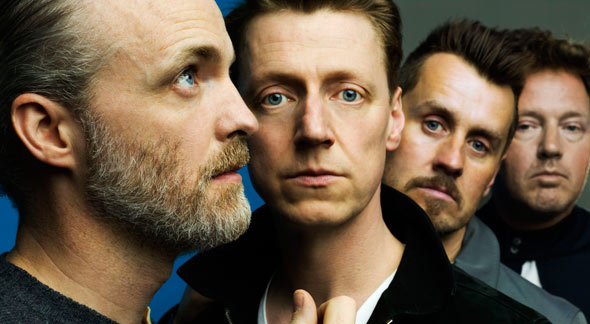 It’s hard to believe it’s been 17 years since Travis exploded onto the music scene when The Man Who, their second album, hit number one in the UK charts. It went on to win a Brit Award, spawn two Top 10 singles – Driftwood and Why Does It Always Rain On Me – propelling the band into the mainstream and a headline spot at the Glastonbury Festival the following year. Where, let’s face it, it most likely did rain on them. Since then, Scottish rockers Fran Healy, Dougie Payne, Andy Dunlop and Neil Primrose have released eight studio albums, including the latest, Everything At Once, earlier this year.

Recalling the band at their best, Everything… is a sticky blend of jangly, sunshine-tinged rock, reviving a familiar sound but also pushing the band into an altogether more cheerful and creative direction. Vocalist Fran Healy’s voice remains as tender as ever in tracks such as Magnificent Time and 3 Miles High – both perfect examples of classic Travis tracks; lodging themselves deep into your brain and refusing to leave. It is their liveliest and most lighthearted effort to date, and works as a celebration of both their legacy and their maturity.

Expect a sunnier reception – and more weather puns – from their spot at Party In The Park.

FRAN HEALY ON THEIR TOP TRACKS

01. Writing To Reach You

(from The Man Who)

“This song was written in 1995. I had just split from my girlfriend. Actually, she split from me. She was moving on and I was standing still and it was tearing me apart. I was writing a lot of letters and a lot of songs to her, which I was sending and never getting any reply.”

(from The Invisible Band)

“Song-writing at its best is a totally random venture. It’s so random that any outside pressure is simply consumed by the thick blackness of the task. So Sing popped up and was again about my then girlfriend Nora, but this time about her fear of singing.”

(from The Boy With No Name)

“Here is a song I always wished had been a single. Our A&R man, Andy MacDonald, pushed me hard writing this album. I enjoyed the challenge of pushing and seeing what would come… But this was the album that ended our relationship.” 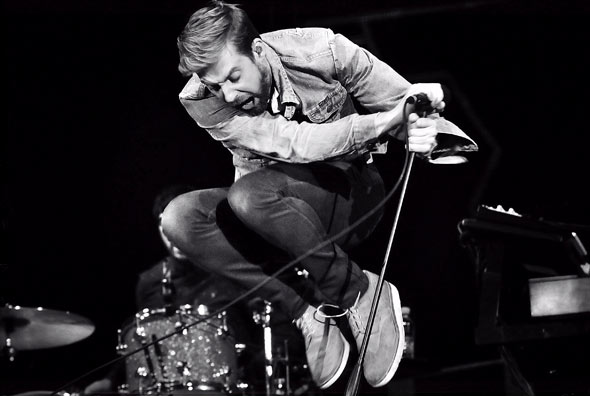 Formed in 2000, it wasn’t until 2005 that the Kaiser Chiefs made their big breakthrough, with their second album, Employment, hitting the #2 spot in the UK, following an appearance on the UK music mag NME’s new music tour.

Inspired by new wave and punk rock from the ’70s and ’80s, the Leeds quintet specialise in rowdy and rousing anthems with big licks, pounding drums and relatable lyrics. The soundtrack to many a night out, singles I Predict A Riot and Every Day I Love You Less And Less catapulting the band to fame in both Europe and the US, going on to sell millions of copies between them; their deceptively simple but clever pop riffs accessible to all. Follow on album Yours Truly Angry Mob further cemented their popularity, with the lead single Ruby hitting the #1 spot.

The following years saw the band play every major event going, including the honour of being the first band to play for Ibiza Rocks; a testament to their global crossover appeal.

Frontman Ricky Wilson – now a judge on the hit UK talent show The Voice – continues to lead the line with boundless energy; 2016’s Stay Together, their sixth album, another installment of classic Wilson-inspired punchy indie rock.

– Former Kaiser Chiefs drummer Nick Hodgson punctured a lung when he was younger, which means he cannot go up in high lifts and has to take the stairs instead. This was the inspiration for the line “trying to put the punk back into punctured lung” from the track Saturday Night.

– They’re known for feeding lies to journalists about the band’s origins. Often these lies become ‘facts’ in biographies all over the internet – one goes that drummer Nick Hodgson first met frontman Ricky Wilson when the pair competed in a dancing competition.

– Frontman Ricky Wilson is an obsessive fan of long-running UK TV drama Midsomer Murders. He is so in love with the show he has even done a series of oil paintings of its lead actor John Nettles. “I love Midsomer Murders,” confessed the singer. “It totally relaxes me for two hours.” (This certainly sounds like one of those lies the band likes to tell).

– Ricky is known to crowd surf and often gets his clothes torn when he does. Rather than throw them away, he is said to take them home to his mum who fixes them up for him.

– The band used to be called Parva from 2000 till 2003 but then changed to Kaiser Chiefs, which was inspired by South African football club Kaizer Chiefs FC. It’s where the captain of the lads’ favourite football team, Leeds United (Lucas Radebe), had played in the past. 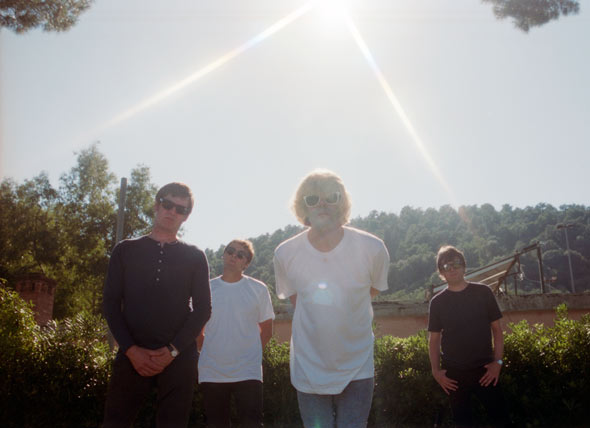 Enduring,  distinctive, transcendental. The Charltans – in music, in style and in character – have been a clarion call of an indie generation. Since starting out in 1989, all 12 of their studio albums have made it into the Top 40 of the UK Albums Chart and almost 20 of their singles have made the Top 30.

Despite getting caught up in the Manchester music scene of the ‘90s – frontman Tim Burgess especially spent a lot of time at the infamous Manchester club The Haçienda – the boys are actually all from the Midlands.

Midway through the ’90s, the band ditched the effects pedals of their early years and became known for a pysch-rock sound that helped make them into one of the foremost bands of the era, all the more impressive given that the scene they had previously been associated with – baggy – had long since fallen from favour.

2015’s Modern Nature album was a fluid, laidback affair that encouraged you to bask in a soulful psychedelic sound with plenty of jazzy keys and muted horns for company.

In 2015 the band played the Glastonbury festival, their performance hailed as a monumental success, with Burgess said to be “the consummate festival compere.” Burgess has also released solo work, to critical acclaim; 2012’s Oh No I Love You nominated as Album Of The Year by UK collective Artrocker.

IN THE WORDS OF FRONTMAN TIM BURGESS 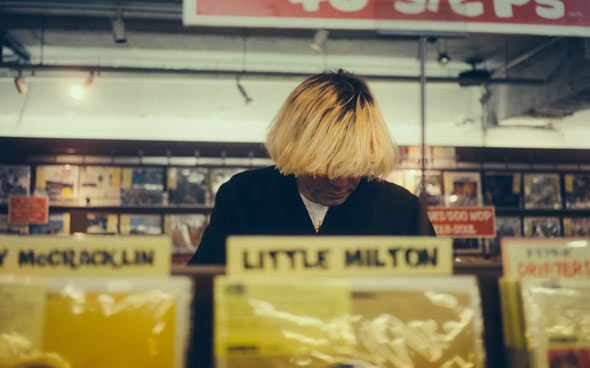 “The thing that we had that no-one else had was Rob Collins. We thought, John Squire is a brilliant guitar player for The Stone Roses and he can have solos, but we’ve got Rob who can do equally great solos but on a Hammond.”

“I remember with the album Between 10th And 11th, it was a big shock to a lot of people. We went more electronic and then after that we decided we didn’t want electronics at all, we went back to bass, drums…”

“It was a weird gig. Rob had died, and we’d never played One To Another live before. Knebworth [with Oasis] was the first time we’d ever played it live, and as if we didn’t have enough to think about, we were debuting One To Another and North Country Boy. They were good songs so people went with it.”

Here’s your chance to meet one of the bands (and get free tickets!). Enter here for a pair of tickets and a meet and greet with one of the bands (make sure to choose which one you want to meet!). Enter by Tuesday November 8 at 9am (winners will be notified by 12pm).

Competitions
News
Nightlife
Things to do
EDITOR’S PICKS
So, when is the next UAE public holiday in 2021?
READ MORE
All of the lavish new hotels set to open in Dubai in 2021
READ MORE
16 of the best pool passes in Dubai that are fully redeemable
READ MORE
All of the restaurants at West Beach, Palm Jumeirah
READ MORE
MOST POPULAR
Win a room at next weekend's Fairmont Bab Al Bahr Lock In
MOHAP begins Sinopharm trials on children aged three to 17
3 all-you-can-eat breakfast deals in Dubai to try this weekend
Update: Emirates again extends suspension of flights from India to UAE
This Abu Dhabi hotel has amazing dining deals seven days a week
YOU SHOULD CHECK OUT
Our website uses cookies and other similar technologies to improve our site and your online experience. By continuing to use our website you consent to cookies being used. Read our privacy policy here.