Nutella won't give you cancer, according to Dubai Municipality

Is this hazelnut spread worse for us than we thought? Read on…

A number of media reports over the last week have quoted a study released by the European Food Safety Authority last year, which said palm oil, one of the main ingredients in Nutella, could be a possible carcinogen.

Ferrero, the Italian company which makes Nutella, has denied the claims, and Dubai Municipality has now responded to the controversy, saying it is “not proven” that Nutella contains carcinogens.

“This product is safe based on the production and the processing bases,” the civic body said in a post to Facebook.

According to Amnesty International, palm oil and palm-based ingredients are found in approximately 50 per cent of supermarket products, including chocolate, biscuits and cereal.

And while it might not give you cancer, it’s not great for the environment. The organisation says the widespread use of the ingredient has led to extensive deforestation, destruction of rainforests, and harm to wildlife species.

As always, everything in moderation (which is hard to do when you’re visiting Eataly’s Nutella Bar in Dubai Mall)… 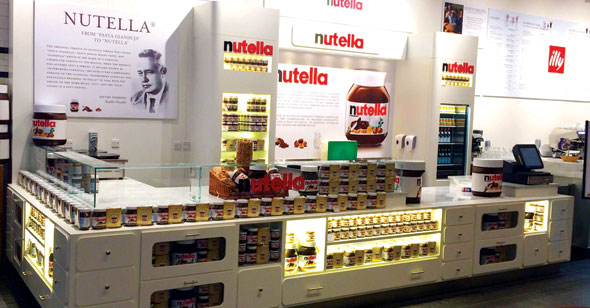 In June, Dubai Municipality set up a What’sApp number so residents can ask about all sorts of rumours doing the rounds on social media – everything from supposedly carcinogenic food products, to unhygienic restaurants. The municipality promises to respond to the query within eight hours, either validating or debunking the rumour.

It’s also not the first time Dubai Municipality has responded to a Nutella-related health scare.

In 2012, the civic body issued a warning after UAE teenagers were found to be selling “Nutella needles” – hypodermic syringes filled with the hazelnut spread.

News
EDITOR’S PICKS
So, when is the next UAE public holiday in 2021?
READ MORE
All of the lavish new hotels set to open in Dubai in 2021
READ MORE
16 of the best pool passes in Dubai that are fully redeemable
READ MORE
All of the restaurants at West Beach, Palm Jumeirah
READ MORE
MOST POPULAR
Abu Dhabi to relax certain rules in nurseries
Review: No. FiftySeven Boutique Café inside Mall of the Emirates
Al Ain Raceway temporarily closed after freak storm on Saturday
UAE 50: Here's your chance to have your photographs published in a coffee-table book
Get Dhs2 ladies' nights, brunches and cinema tickets
YOU SHOULD CHECK OUT
Our website uses cookies and other similar technologies to improve our site and your online experience. By continuing to use our website you consent to cookies being used. Read our privacy policy here.