NASA to touch down in Dubai at ING Creative Festival

Ok, so NASA isn’t actually setting up shop in the UAE – that would be pretty tricky considering the space agency is part of the US federal government – but they are going to be participating at the third annual -ING Creative Festival next month.

Taking place at Alserkal Avenue from 13 to 15 April, the festival will feature three days of workshops and talks by an impressive line-up of speakers from the likes of Pixar, Disney, National Geographic, MoMA, Google and Behance.

That’s where NASA comes in. Dan Goods, Visual Strategist for NASA’s Jet Propulsion Laboratory will hold a two hour talk on the evening of the third day.

The Jet Propulsion Laboratory are the arm of NASA that build and control things like the Mars Curiosity Rover which, let’s face it, is probably one of the coolest jobs on the planet.

Entitled ‘Seeing the Unseen’, Dan’s talk will touch on some pretty out there topics including “the many things that exist but cannot be seen with human eyes”, sharing examples through a live demonstration of particles coming from other stars, to how he landed his job at NASA by playing with bottles.

For those looking for a talk about something a little closer to planet Earth, Andrew Gordon, Directing Animator at Pixar will take the stage on day two to run through how an animated film gets made – from concept to finished product.

He said of his upcoming talk, “I have always been passionate about sharing everything I know with people who aspire to do storytelling and work with characters. Coming to Dubai is a way that I get to interact with the talent in the region as well as inspire the next generation of filmmakers and storytellers. My hope is to demystify the work we do so that anyone can approach it.”

Other interesting talks and workshops include learning how to shoot like a National Geographic photographer, “Epic” screen printing and a leather working masterclass from fashion designer Una Burke. 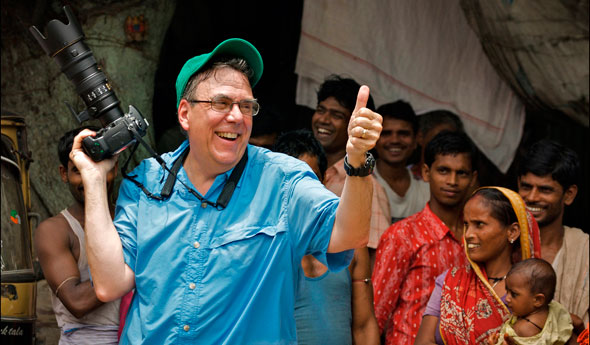 Steve Raymer from National Geographic will host a workshop at the event.

A Creative Market will run concurrently with the festival featuring over 55 artists – some traveling from as far a field as Mexico and the Dominican Republic – showcasing their wares, accompanied by live music and a variety of food vendors.

For a full schedule of talks and workshops visit the -ING Creative Festival website.