A Mexican restaurant with a lot to live up to

If you spend time in Dubai, there’s a good chance you know Loca – there are two branches in our neighbouring emirate, the first of which opened back in 2009. It’s hugely popular, too, meaning it comes to the capital with a reputation to live up to.

Loca is a Mexican restaurant that, while slick looking, places an emphasis on fun. The décor is similar in design to its Dubai counterparts, with exposed brick and piping, chunky wood tables and grey pillars, plus a huge bar area with beer taps on tables. Some walls feature colourful murals by Madrid artist Ruben Sanchez (weird fact: he was famously kidnapped as a kid in 1993). There’s nine TVs in the venue that show sport and its bar means you will be inhaling cigarette smoke when you sit down for your meal, which some might find off-putting. A great way to escape is to head to the awesome alfresco area and take in the views of the sea leading to Al Zahiyah.

Loca’s executive chef is from Mexico and you’ll find traditional dishes on the menu alongside the fajitas, such as corn husk tamales (made with steamed dough). 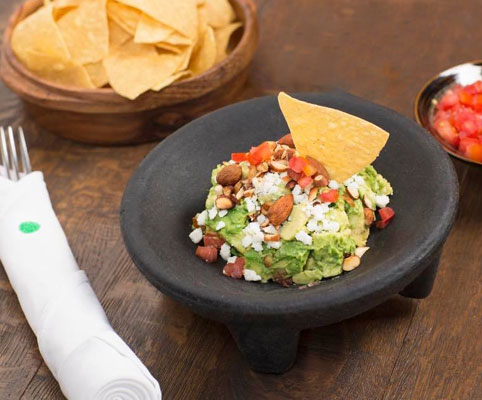 To start, What’s On tried two dishes from the guacamole menu – original, plus cangrejo (crab). Both were served with plain, crunchy corn chips that let the avocado flavour do the talking and both excelled, especially thanks to a pleasant kick from the spicy crab meat.

The aforementioned tamales – served with beef or chicken – were an oddity. The dough reminded us of the casing on a British suet pudding and the dish was a tad dry, despite a huge portion of melted cheese on top. The chicken was disappointingly bland yet the beef variety rich and full of flavour. 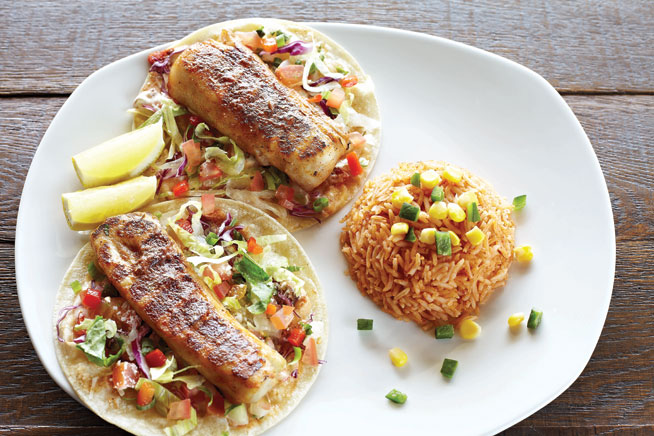 A portion of vegetable chimichangas flattered to deceive. The menu promised mushrooms inside, but not one bit of funghi could be discovered when prodded with a fork. The fried burritos tasted uninspiring without them but the dish was rescued by a waiter who brought us a portion on the side – they improved the dish massively. The mixed fajitas of prawn, beef and chicken were certainly authentic, the highlight being some beautifully spiced seafood, but lacked wow factor, but do order the queso fundido manchego – flour tortillas served with a pot of rich, creamy melted cheese and chestnut mushrooms. Fondue fans will love dipping and so did we.

Desserts were particularly good, especially the traditional milk cake, a fluffy sponge with a creamy topping and a contrasting chocolate ice cream, plus the Pastel Patron Café, a light chocolate sponge marinated in a liqueur.

We’d be lying if we said Loca blew us away – the food is decent but is overpriced – but the overall experience and the venue itself make it worth a visit.