Review: Dinner, a show, and fresh seafood at The Atlantic Dubai

Can this seafood restaurant live up to the hype of its Australian counterpart?

There can’t be many other settings like it in Dubai. Where else in this city can you be seated on the banks of a manmade lake, a warbling Celine Dion reverberating across the water during the world’s largest choreographed fountain show – so close you can feel the spray on your face – as the world’s tallest tower sparkles in the background? It’s almost too glitzy for words.

Part of the appeal of the original Melbourne restaurant is the waterfront setting, overlooking the Yarra River; it’s a nice tie-in to The Atlantic’s ocean-to-plate concept. While not quite a river, the Dubai branch settles for a fountain view instead. 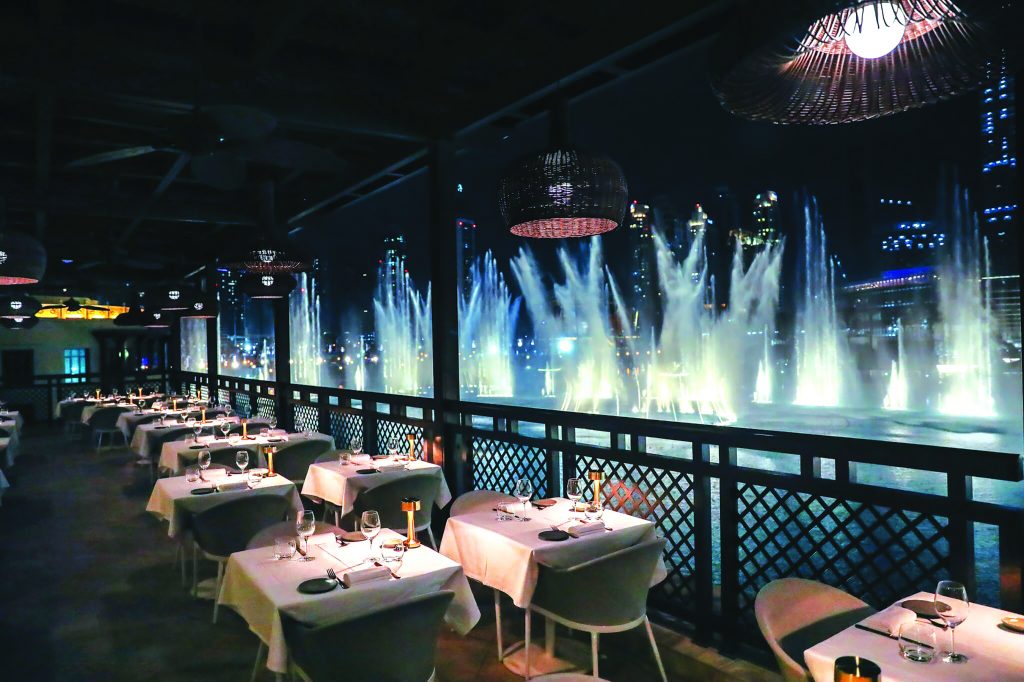 As we’re told it would almost be sacrilege not to, we begin the night with a pre-starter of fresh French Belon No. 3 oysters (Dhs69 for three) from the oyster bar. With an excellent incantation from our knowledgeable waiter Etienne, we’re certain this might be the French people’s favourite thing after coffee éclairs, Versailles, and curiously curled moustaches. Drizzled with a tart red-wine jus, the so-fresh-it-might-still-be-breathing bivalve was nothing like the rubbery blobs we’d come to detest elsewhere, and even had our dining partner hailing himself a shellfish-convert. Feeling bold enough to continue on the experimental train, we ordered the Moreton Bay Bug spaghettini (Dhs79) and the garlic tiger prawns (Dhs69).

Now, let us be clear: anything with ‘bug’ in the title seems to us more akin to a menu put together by Bear Grylls than fine dining, but we’re going to go out on a limb here and say it was one of the highlights of the night. Somewhat of a lobster-shrimp hybrid, the Moreton Bay Bug is native to Melbourne and is a signature dish from the Australian restaurant.

Drenched in olive oil, garlic, chilli and parsley, the perfectly cooked spaghettini had enough garlic to ward away vampires, and just enough of a kick. As for the ‘bugs’, think shrimp/lobster but better. 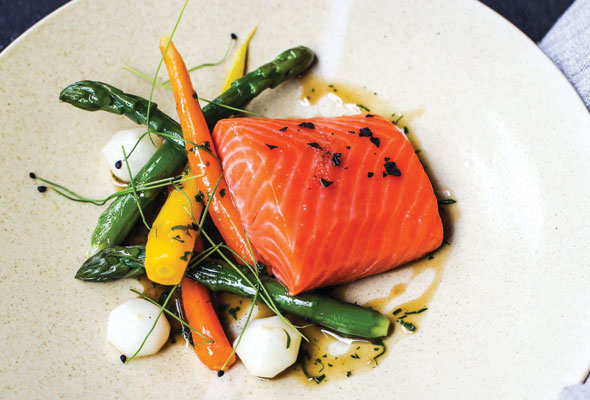 The olive oil confit Loch Duart salmon (Dhs159) came recommended, followed by the roast rack of Australian lamb (Dhs239). And what a salmon. The fillet seemed to barely have been kissed by the 50C olive oil it’s cooked in, leaving a delicate fish that near melts in your mouth. The lamb was beautifully cooked and served with flavoursome accompaniments, but the tiny droplets of cardamom-yoghurt essence left us wanting more.

Our night drew to a close with the Valrhona Chocolate And Hazelnut Tart (Dhs39), a delightfully Nutella-esque and crunchy dessert, its sweetness perfectly offset with an earl grey sorbet.

Between dropping forks mid-bite, mouth agape, as the fountain show started up each half-hour, we’d caution you not to stare too long and let your food go cold, but the combination of dinner and a show is where The Atlantic shines. 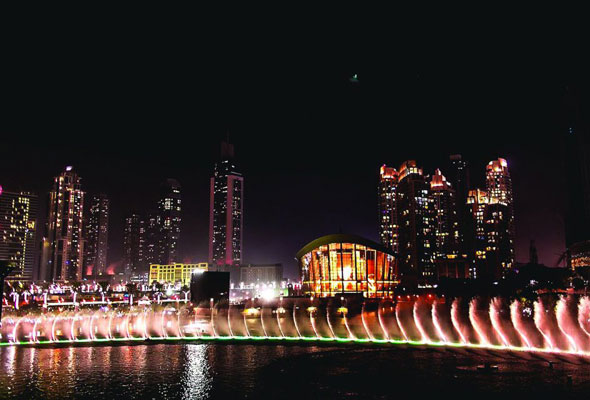 Eat & Drink
Restaurants
EDITOR’S PICKS
UAE holiday dates announced for Eid Al Adha
READ MORE
Emirates extends suspension of flights from India to UAE again
READ MORE
Coming soon: Everything we know about Ain Dubai so far
READ MORE
Khorfakkan set to open new tourist attraction 580 metres above sea level
READ MORE
MOST POPULAR
It's Dhs350 to brunch, stay and play at the What's On Lock In this weekend
UAE weather: Temps of over 50ºC recorded in the shade yesterday
Get a free Expo 2020 day pass when you fly with Emirates
A popular fairy-tale is gracing the stage at The Theatre at Mall of the Emirates in August
UAE petrol prices will increase again in August 2021
Exclusive interview: John Cena on his role as a 'douchey Captain America'
YOU SHOULD CHECK OUT
Our website uses cookies and other similar technologies to improve our site and your online experience. By continuing to use our website you consent to cookies being used. Read our privacy policy here.