Love the adrenaline rush of a theme park ride? You’ll be able to scream that you wanna go faster on 29 new attractions when Warner Bros World Abu Dhabi opens its doors in 2018.

The indoor theme park’s developers Miral announced this week that all 29 rides have already been put through safety tests and are now being installed on the 1.65 million square feet site in the heart of Yas Island. The park’s rides are inspired by classic Warner Bros characters such as Tom And Jerry, Scooby Doo and Bugs Bunny, plus super heroes, and villains, from the DC Universe, including Batman, Superman and Wonder Woman.

So what else can we expect from the park? Plenty of shops to buy Warner Bros. merchandise plus a selection of restaurants.

“We’re delighted to see the park coming together and on track for its 2018 launch,” says Mohammad Abdullah Al Za’abi, Miral’s Chief Executive Officer. “Warner Bros World Abu Dhabi marks an important step in the development of Yas Island as a complete leisure and entertainment destination, and we can’t wait to share it with the world.” 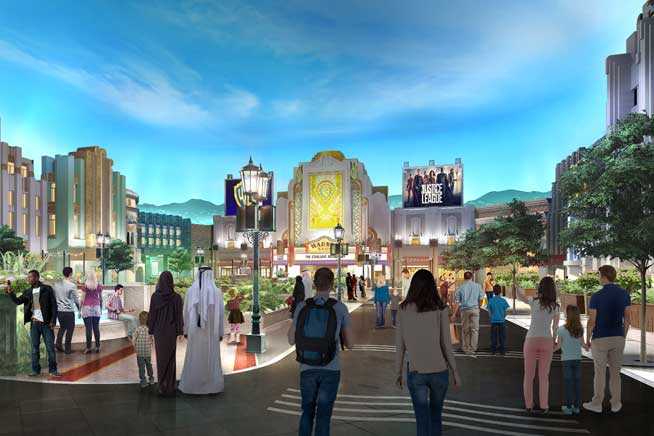 Warner Bros World is just one major park coming to the emirate over the next few years. CLYMB, which will house the UAE’s biggest indoor climbing wall, is also on target to open in 2018, while SeaWorld on Yas Island will also open in 2022. Miral are hoping these new parks, along with Ferrari World and Yas Waterworld, will see 48 million people visit Yas Island every year by 2022.

It’s estimated the new Warner Bros park will cost $1bn to build and will create 1,000 new jobs in the emirate and you’ll find it just down the road from Ferrari World on Yas.

You can keep an eye out for updates on the park at wbworld.ae.

Culture
Film
Indoor
News
Outdoor
Restaurants
Sport & Fitness
Things to do
EDITOR’S PICKS
What’s On Nightlife Awards 2021: Here are the winners...
READ MORE
Where to see fireworks in Dubai
READ MORE
This new ladies' night offers a free open bar every Tuesday
READ MORE
Coming soon: The hottest new bars, restaurants and beach clubs
READ MORE
MOST POPULAR
Exploring Abu Dhabi’s hidden worlds of Culture and Cuisine
Myrra's last Saturday Summer Brunch is a special Halloween edition
Abu Dhabi cruise hub, Marsa Mina welcomes back cruiseliners
Pics of the week: Your best photos of the UAE
Halloween comes to Barasti with games, decorations and drinks promos
YOU SHOULD CHECK OUT
Our website uses cookies and other similar technologies to improve our site and your online experience. By continuing to use our website you consent to cookies being used. Read our privacy policy here.