Self-driving taxis, ultra-fast vacuum tunnels, and now supersonic planes – the UAE really is a country at the forefront of future transportation. 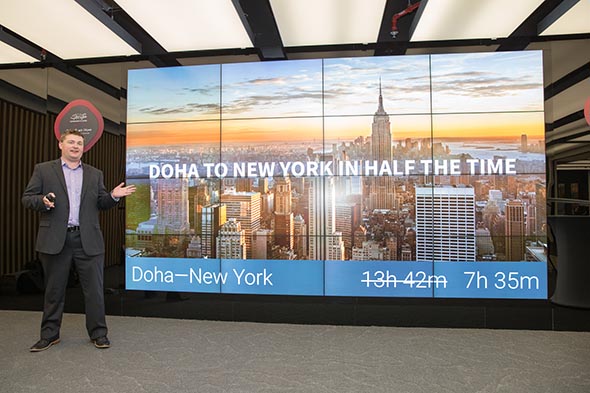 Speaking at the Dubai Future Foundation, Blake Scholl, Boom Founder and CEO said: “We are delighted to bring Boom to the UAE. UAE airlines already lead the world in travel experience, and the country is embracing other innovative travel technologies such as Hyperloop and drone taxis.”

For those playing at home, that means a flight from Dubai to London, for example, would only take 4:30 hours, instead of the usual 7:30 hours. Not a bad option when planning that long weekend getaway.

There are other benefits to supersonic travel: cruising at 60,000 ft means there’s less turbulence, and at that height you’re able to see the curvature of the earth when peeking out of plane’s windows.

The company also unveiled the XB-1 Supersonic Demonstrator, a prototype aircraft that is designed to be a ‘proof-of-concept’ to show that the tech works and the speeds can be reached. It is currently under construction and scheduled to take to the skies by 2018.