Abu Dhabi is now home to an outlet that makes you work for your food
Most restaurants won’t turn diners away, but Parker’s isn’t like most restaurants. The quirky pop-up from Dubai that’s known for its strict entrance policy has opened a branch in Umm Al Emarat Park.
The concept means while guests can find the outdoor space easily enough (just chuck a left at the park main entrance and keep walking), they’ll have to hunt for a signature key hidden around the grounds to get a table.
It’s a fun idea but when we arrive we’re led to a table – not because we’re one of the cool crowd, but because the manager confides that children visiting the park have taken to swiping keys and not returning them. Which is a shame, because part of the allure of visiting Parker’s is their members-only vibe.
The full menu wasn’t available when What’s On visited but that shouldn’t stop you from visiting. The food was surprisingly good and featured plenty of gourmet twists to satisfy even the most snobbish of foodies. 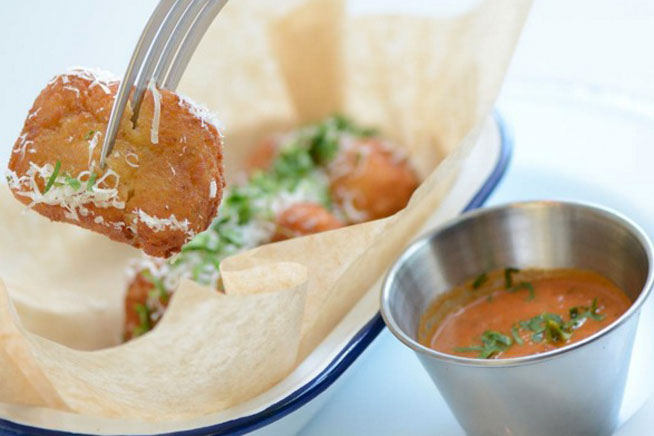 To start, the moreish fried mac ’n’ cheese bites managed to hold their shape brilliantly even when dunked in marinara sauce, while the spicy toffee shrimps drenched in a sticky, smoky buttered sauce impressed. 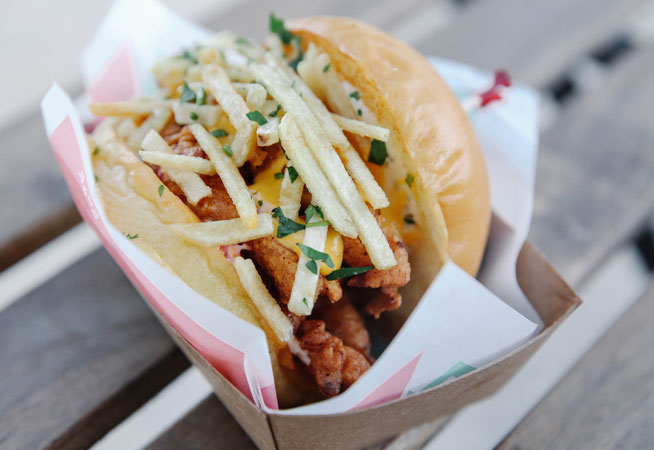 On to mains and you’ll only find burgers. While they come in slider size, these buns were stuffed to the gills with toppings so you won’t need to order seconds. The chicken burger featured fried chicken topped with potato shards, red cabbage and a spicy mango sauce. While the texture was great, we wish they’d added more sauce to the bun as it got lost in all that fried chicken. The choco coffee burger excelled and saw shards of wagyu beef topped with beetroot and a unique chocoxcoffee sauce that added an unexpected, complex flavour to the meat.
Skip the truffle fries that come heaped with a heavy white cheddar cheese sauce but do order a portion of street fries. Topped with a slightly masala-like spicy sauce and squeeze of lime, they were quite possibly the best fries we’ve had in the city. 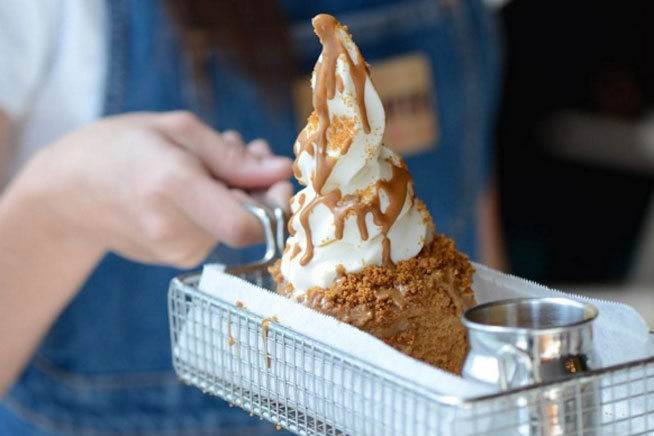 For dessert they only serve the Lotus Drama, a Biscoff pud topped with a mound of vanilla soft serve and then doused with more molten Biscoff sauce for good measure. It’s indulgent and creamy.
While it will soon get too hot to sit outside and eat a meal here, Parker’s is planning on opening a permanent location near the main entrance of the park (that’s air-conditioned) in the next couple of months.
Overall the members-only concept does feel a bit muddled, especially as it wasn’t enforced, but the food here is of a high standard and service was attentive. We’ll be back – sharpish.
Mother Of The Nation Park, Al Mushrif, Abu Dhabi, daily 10am to midnight. Tel: (050)6255563. Taxi: Mother Of The Nation Park on Karamah Street. instagram.com/byparkers
Rating
Food: A-
Atmosphere: Family friendly, casual
Price: Up to Dhs249 for two

Eat & Drink
News
Restaurants
Things to do
EDITOR’S PICKS
13 Sheikh Hamdan-approved restaurants in Dubai
READ MORE
Dubai brunches temporarily banned in new preventative measures
READ MORE
12 upcoming Dubai mega-projects we can't wait for
READ MORE
16 of the best beach bars in Dubai for sundowners
READ MORE
MOST POPULAR
Breaking: Dubai extends preventative measures until mid-April 2021
Enjoy brunch, breakfast and a stay at Westin Abu Dhabi from Dhs432
Get a free gym class at this cool new Dubai gym
Pics of the week: Your best photos of the UAE
Emirates Airlines and DHA to implement digital verification of traveller medical records
YOU SHOULD CHECK OUT
Our website uses cookies and other similar technologies to improve our site and your online experience. By continuing to use our website you consent to cookies being used. Read our privacy policy here.