Could this unassuming fishing village spot be the best restaurant to open so far this year? It’s certainly one of the best value… 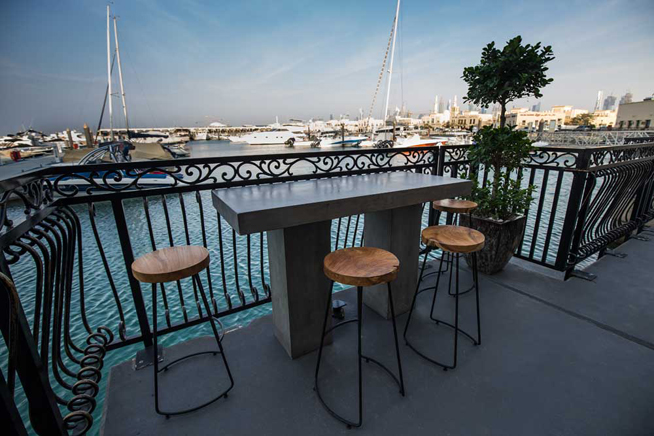 3 Fils, a small owner-operated spot in Jumeirah’s fishing harbour, seats only 30 but has been generating quite a buzz since opening at the start of the year. The name, a play on the restaurant’s three owners and their desire to give their “two-cents’ worth” on what’s been missing from the local dining scene, only adds to the intrigue. 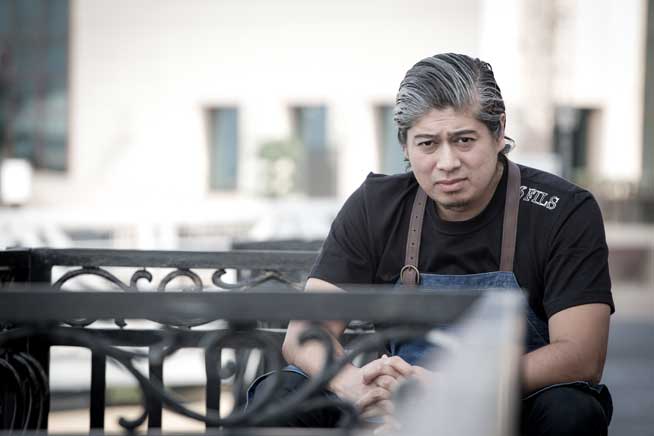 One of those owners, chef Akmal Anuar, a Singaporean native, was head chef at the country’s much-lauded Iggy’s for ten years, before he upped sticks and came to Dubai to open Zengo. At 3 Fils he gets the chance to fly free.

Separated into sections, including sushi, sliders and hand food, as well as hot plates and desserts, it’s essentially Asian-infused tapas – order lots of small plates and be prepared to get stuck in. 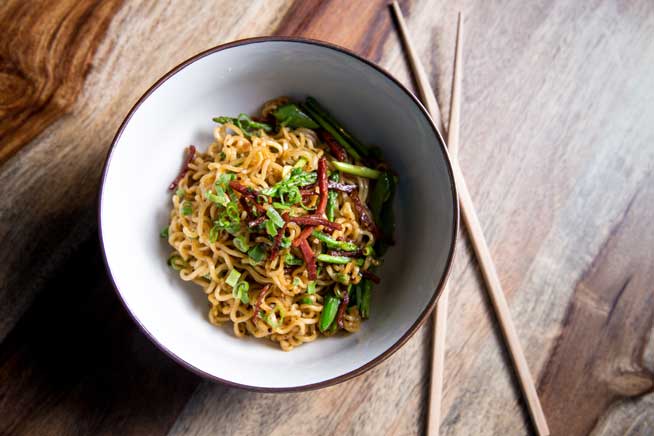 We adored the thinly sliced beef carpaccio with rocoto (Dhs38), topped with an intensely-flavourful beef chorizo oil that was also utilised to great effect in a fun plate named ‘Indomie, yes, Indomie’ (Dhs30), a play on the Singaporean obsession with instant noodles. The twisty noodles might look familiar, but paired with that oil, slivers of spicy sausage, asparagus and snow peas, they’re elevated to a whole new level.

Duck and corn waffles (Dhs34) prompted something of an abandonment of manners – hey, the menu says ‘use them hands’ – while the charcoal fry was deliciously moreish, though we won’t spoil the surprise. We also loved the meltingly tender spiced BBQ lamb ribs (Dhs48). 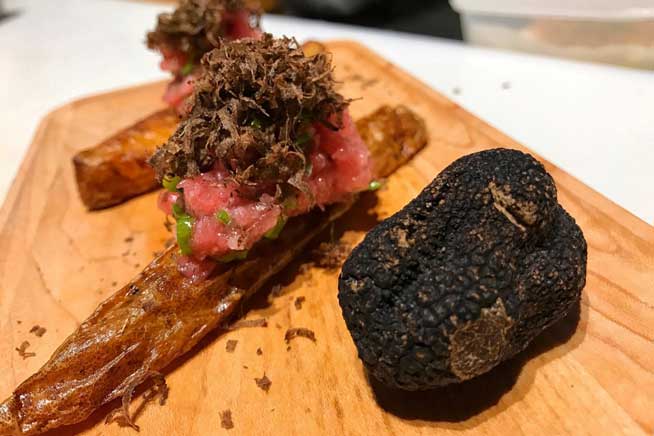 When we visited last 3 Fils, Anuar was excitedly showing off his special of the day, a delicious tuna tartare topped with a truffle he’d just bought. His delight was palpable, as was those of his diners. Queues or not, we’ll be back (especially when the weather cools down and we can sit by the water again).

Eat & Drink
News
Restaurants
EDITOR’S PICKS
Covid-19 rules in Dubai: all the updates you need to be aware of
READ MORE
9 royal-approved Dubai restaurants
READ MORE
16 of the best beach bars in Dubai for sundowners
READ MORE
Where to get the Covid-19 vaccine in Dubai, Abu Dhabi and across the UAE
READ MORE
MOST POPULAR
Join us for a preview of Fairmont Bab Al Bahr's Valentine's dine around
Abu Dhabi named safest city in the world for fifth year running
Inside one of the coolest new hotels opening in Dubai
Department of Health approves three new rapid Covid-19 tests
Save up to 90 per cent at malls in Dubai this weekend
YOU SHOULD CHECK OUT
Our website uses cookies and other similar technologies to improve our site and your online experience. By continuing to use our website you consent to cookies being used. Read our privacy policy here.