The world's largest book is on display in Abu Dhabi – and it's HUGE!

Looking for something different to do over the long Eid weekend? Head to Al Wahda Mall to see the largest book in the world.

This Is Muhammad weighs a whopping 1,500kg and is five metres high and eight metres wide. It has 431 pages. 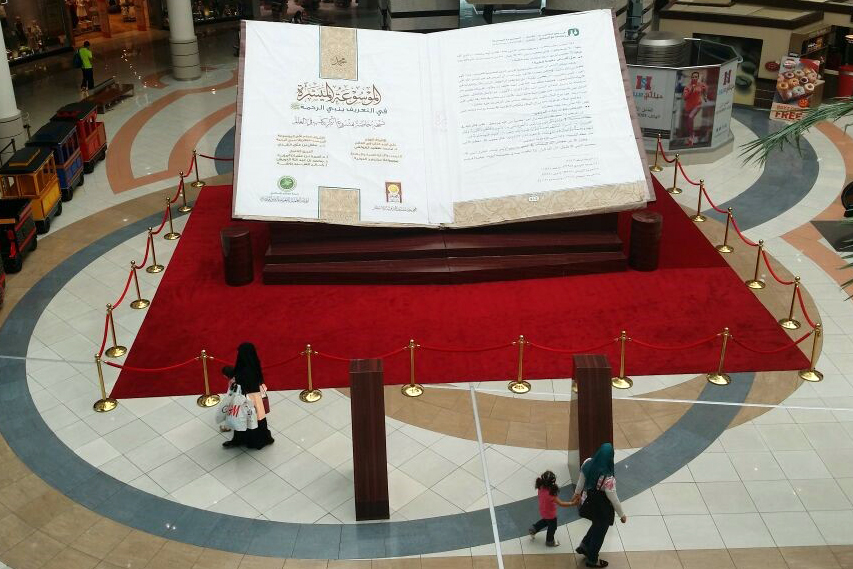 Around 300 people built the book, along with 15 scholars, according to its owner His Excellency Dr. Mohammed Saeed Al Awlaki, Chairman of Mashahad International Group. “It took nine months to make and has won 22 international a local awards,” he says.

So just how big is it? The book weights 1,500kg, while the average male Arabian camel weighs between 400 and 600kg. So it roughly weighs the same as three camels. Wild water buffalo in Asia can weigh anything between 700kg and 1,500kg, so picture one, or two of those. So yes, it’s a whopper. 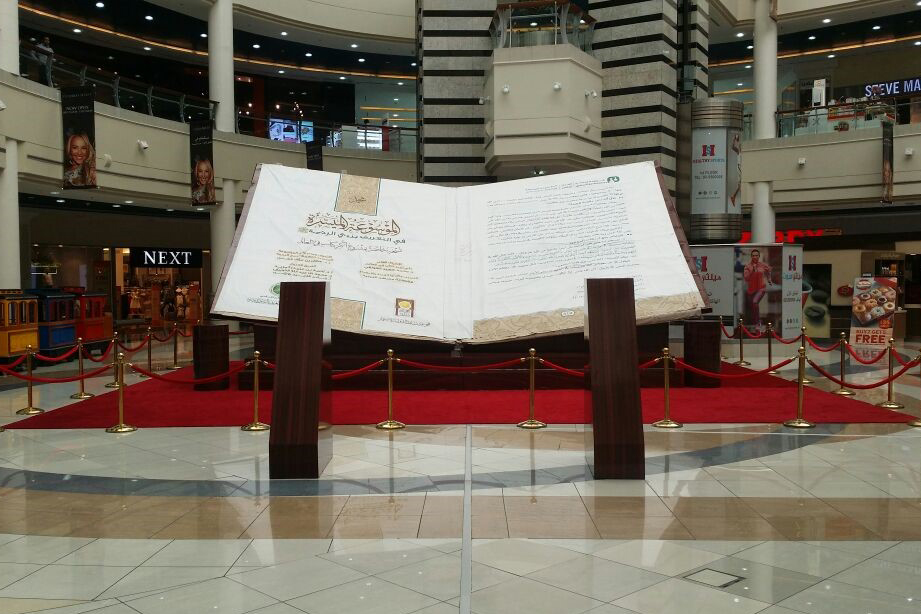 The book will remain at Al Wahda Mall in the heart of the city until the end of Eid. It’s your last chance to see the book in the UAE.

Culture
News
Things to do
EDITOR’S PICKS
Here's the full list of UAE public holidays in 2023
READ MORE
23 incredible things to look forward to in the UAE in 2023
READ MORE
Hidden gems: 10 UAE desert pop-ups to discover this winter
READ MORE
Where to travel in 2023: 10 new flight routes from the UAE
READ MORE
MOST POPULAR
Pics of the week: Your best photos of the UAE
Dhow & Anchor has got you covered every day of the week
RTA: All the road closures you need to be aware about
Review: The Nice Guy Dubai
Masha and the Bear is coming to Abu Dhabi this April
YOU SHOULD CHECK OUT
Our website uses cookies and other similar technologies to improve our site and your online experience. By continuing to use our website you consent to cookies being used. Read our privacy policy here.