What a load of rubbish: littering is still a problem at Abu Dhabi's beaches

Neto has been shocked and saddened to find huge piles of litter left on our city’s beaches while taking residents and holiday-makers around the emirate on his chartered boat trips.

“Abu Dhabi needs a strong and effective awareness campaign to teach the growing boating and jet-skiing community about the need to keep our islands, our mangrove forests and our ocean clean,” says Neto. “A hard lesson in good manners would be a starting point, because maids and nannies aren’t around to clean up!” 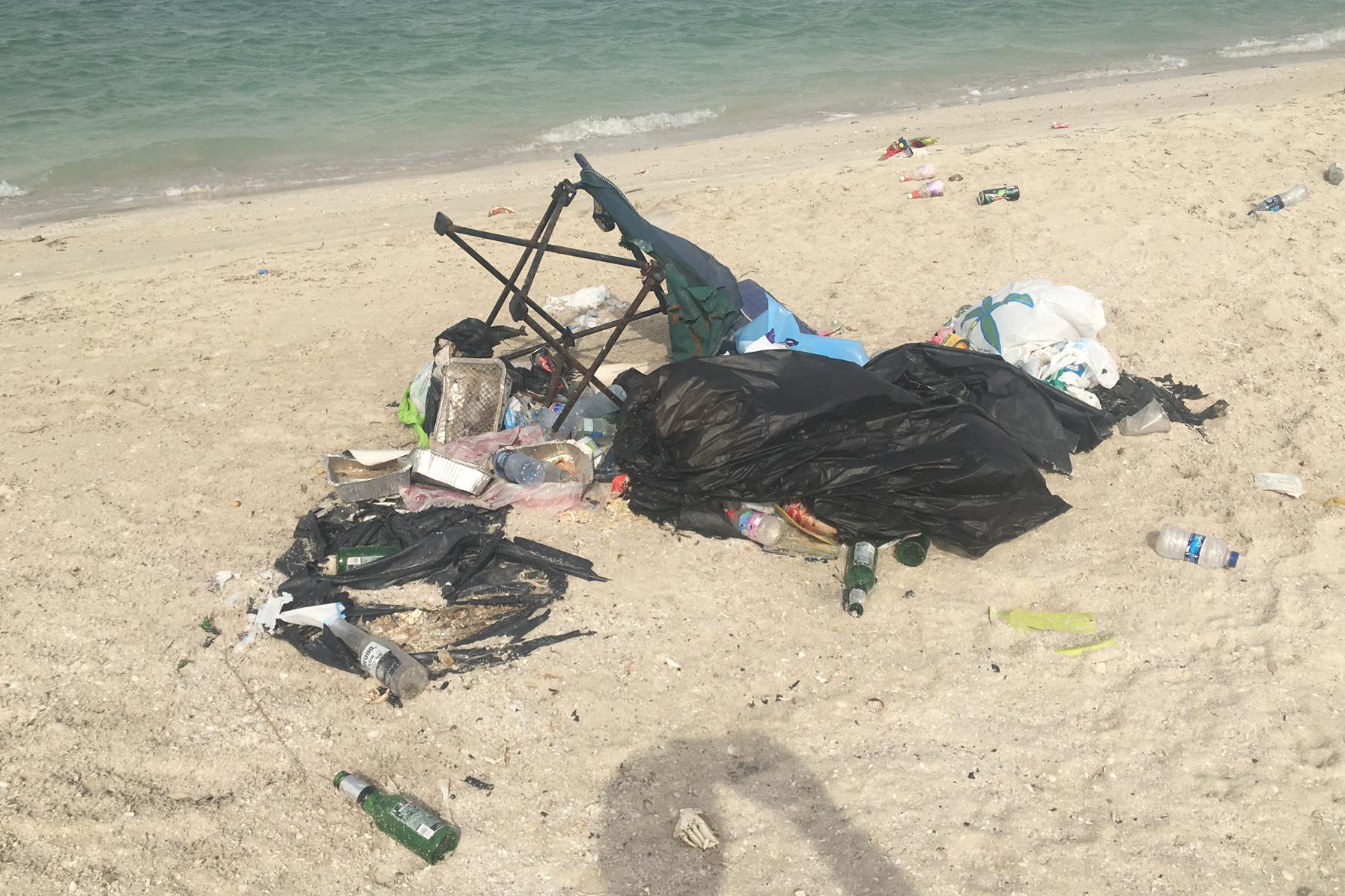 Neto adds that the piles of rubbish seen in these photos, taken by Neto and his crew on the island opposite Yas Beach, aren’t just one-offs – his team are seeing them daily. “It is simply unacceptable that we are still witnessing this every day, everywhere we go. How can we promote tourism and invite visitors to Abu Dhabi when we can’t do something as basic as collecting our rubbish?”

Captain Tony has a plan though. He’s holding a clean-up event on July 26, to coincide with the global conservation initiative International Mangrove Day, and is looking for people to come down and help him clear Abu Dhabi’s beaches of waste. “We clean up as much as we can, but we are overwhelmed, and we can’t do it alone.” Details of the clean-up operation will appear on Captain Tony’s Facebook page. The trip departs from Yas Marina at 7am and is co-hosted by local marine biologist Arabella Willing and will cover the beaches in these photos and the city’s mangroves region. 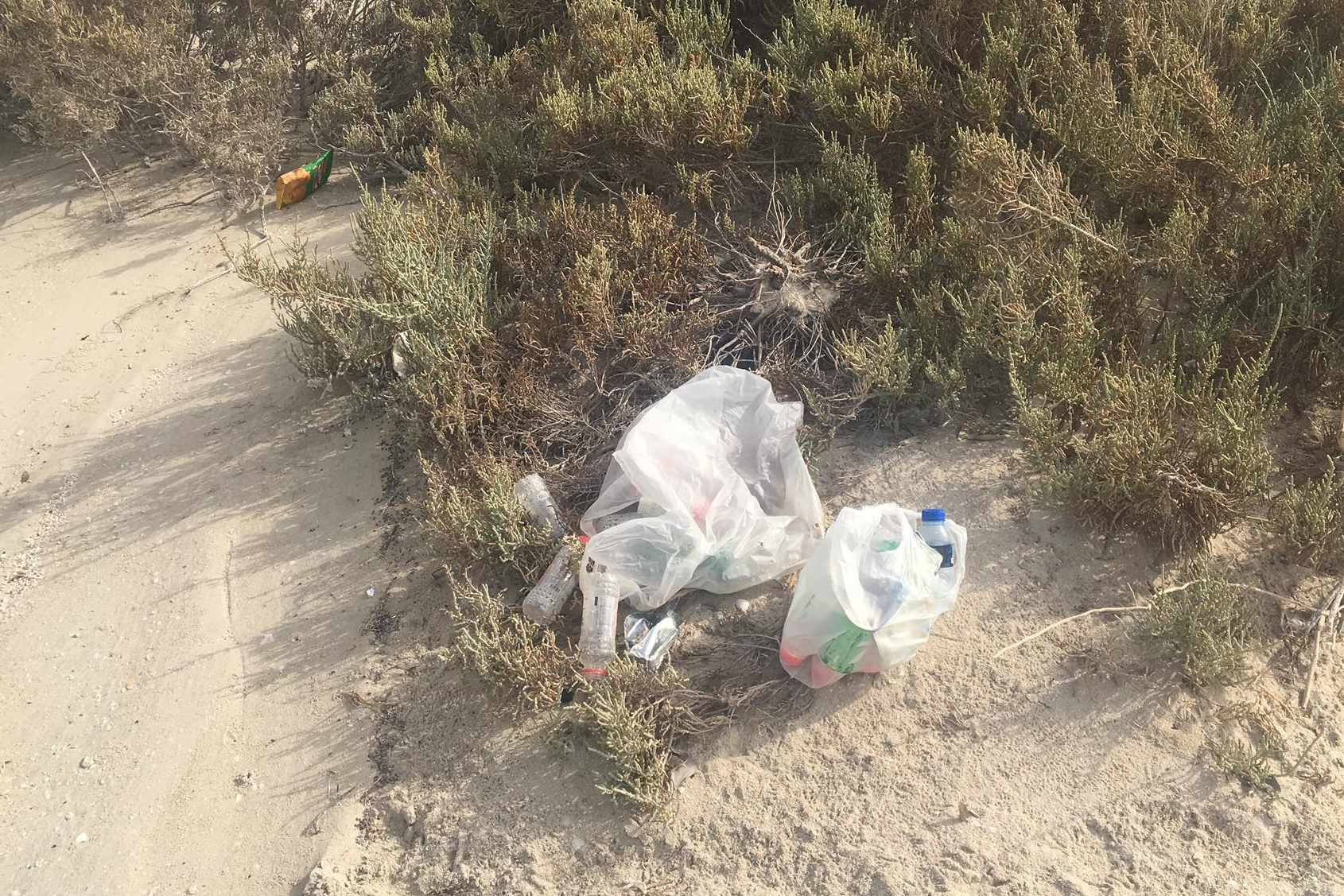 Abu Dhabi Municipality regularly does its part to attempt to reduce littering in the capital. Earlier this month, it teamed up with the Abu Dhabi Waste Centre for an awareness campaign aimed at reducing waste in the city’s industrial area, Musaffah. The campaign worked with 1,600 labourers from businesses in the area. Back in March, around 3,500 volunteers cleared a whopping six tonnes of rubbish in one day from Kitesurfing Beach near Saadiyat Island.

Currently, only 10 per cent of rubbish in the GCC is recycled, according to figures from the Gulf Petrochemicals and Chemicals Association.

As well as the damage rubbish can do to the environment, it can also damage your wallet: you can be fined Dhs500 for littering in the capital.

So the message is pretty clear. If you’re enjoying Abu Dhabi’s beaches, take your rubbish with you and leave the sand in the same state you’d like to find it: nice and clean.

News
EDITOR’S PICKS
Exclusive Reveal: Topgolf Dubai is here and ready for action
READ MORE
65 of the best outdoor bars and terraces in Dubai
READ MORE
7 brilliant dining deals in Dubai this month
READ MORE
18 of Dubai's most Instagrammable breakfast spots
READ MORE
MOST POPULAR
The best restaurants at The Pointe with Palm Fountain views
Tough Mudder returns to the UAE this February
This family staycation includes daily tickets to Dubai's top attractions
Britain's Got Talent's hilarious improv troupe to perform in Dubai
The best restaurants on Abu Dhabi’s Hudayriyat Island
YOU SHOULD CHECK OUT
Our website uses cookies and other similar technologies to improve our site and your online experience. By continuing to use our website you consent to cookies being used. Read our privacy policy here.