The tower, also known as Pinnacle Tower, is just across the road from Torch Tower…

Late on Thursday night a fire erupted at the Torch Tower in Dubai Marina, and on Sunday morning a fire broke out just across the road, at Tiger Tower.

The fire started around 11.30am on a balcony of the 78-storey tower, which was completed in 2010. A security guard What’s On spoke to at the scene said the fire started on the 53rd floor. 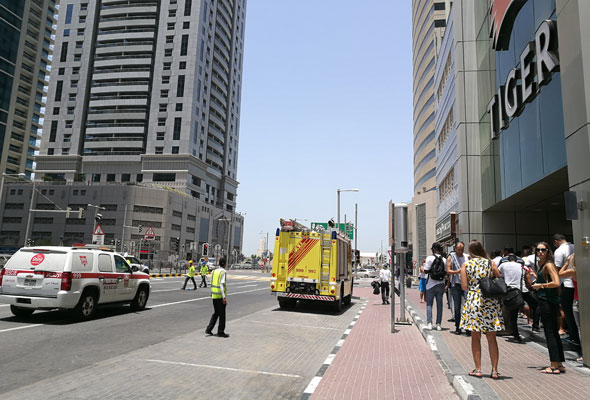 One resident on the 26th floor said he heard the fire alarm, and initially thought it was a drill, until he smelled the smoke.

Another resident said he had just left his apartment to go to the bank, when he saw people running out of the building.

While residents of the Torch Tower haven’t yet been able to return permanently to their apartments (they were allowed access yesterday to collect items), Tiger Tower residents were able to re-enter the building just after midday. 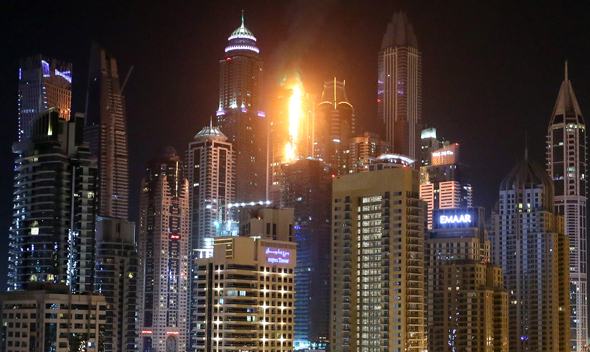 Torch Tower residents have not yet been given the clear to return to their apartments.

Security guards told residents gathered at the entrance that the building was safe, and “everything is ok”.

Dubai Media Office has confirmed the fire was minor and no injuries have been reported:

Dubai Civil Defence has put out a minor fire which started on a balcony of Tiger Tower in the Marina. No injuries were reported.