'Dubai's most expensive hotel' is opening in Jumeirah in December

First the Canal, then La Mer, now this, the coastline around Jumeirah 1 & 2 is truly transforming… 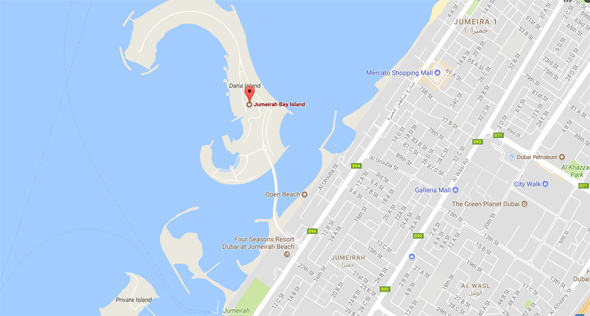 Well, that’s called Jumeirah Bay, and on Thursday December 7 a Bulgari Resort will open its doors there – how swanky.

(Jumeirah Bay itself will feature homes, and other leisure areas, and will be connected to Dubai mainland by a 300-metre-long bridge).

The inner-city yet island resort will include 101 hotel rooms and suites and 20 hotel villas, all with views out to the Dubai skyline or the Arabian Gulf.

There are also private villas that range from one- to three-bedrooms and from 175 square metres to 540 square metres in size. They all come with personal butler service and private pools.

Yes, earlier this year we found out that the the Bulgari hotel plans to be Dubai’s most expensive hotel: “You can count on the fact that they [the hotel room rates] will be by far the highest in the market,” Bulgari’s executive vice president Silvio Ursini told Gulf Business.

“We think the facilities here, the beach and vicinity will justify that, but also the size of the rooms which will be very generous.”

Ok, but what will there be there for residents?

Yes, yes, the rooms are fancy, but what about the F&B options, spas and pools it will add to the city?

Well, there will be a very high-end Italian spot with food by renowned Italian chef Niko Romito: Il Ristorante by Niko Romito will showcase classical Italian cuisine with some modern touches. Next door to that you’ll find Il Bar, which will have a steel and bronze oval bar as well as a sea-view al-fresco terrace (we’ll be adding that to our list of sundowner spots then). 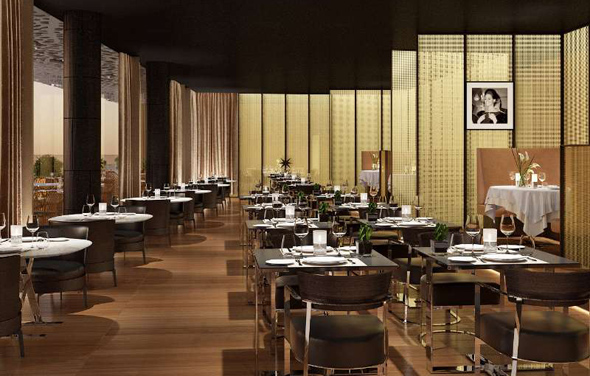 The hotel’s Italian restaurant will feature food by Niko Romito.

The resort’s beach will be called La Spiaggia and will feature a beach club that will be lit up by lanterns and candlelight after dark (we’ll find out if this is somewhere residents can hang on the regular and update you as soon as we know). 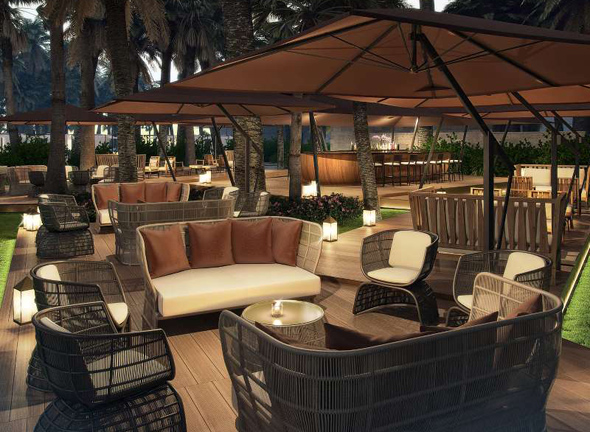 The pool and beach area will be lit up by candles and lanterns by night.

There will also be an Italian cafe, called Il Cafe, and a lobby lounge with Italian-themed high teas.

Down by the water will be the world’s first Bulgari Marina & Yacht Club with a 50-boat harbour and a yacht club restaurant specialising in fish. There will also be a member’s bar, pool and kids club as part of the Yacht Club – so that will be somewhere to hang out in-and-of-itself, separate from the hotel. 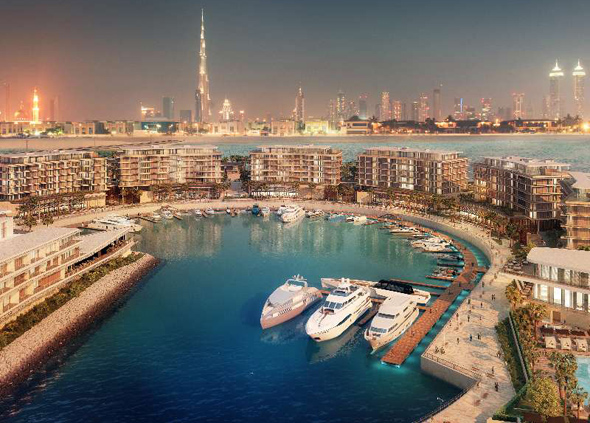 The yacht club will have a seafood restaurant, a pool, a member’s bar and a kids’ club.

And then there’s the spa – the Bvlgari Spa will feature eight treatment rooms and a 25-metre indoor pool that looks out to the ocean from floor-to-ceiling windows. There will also be a fitness centre next to the spa. 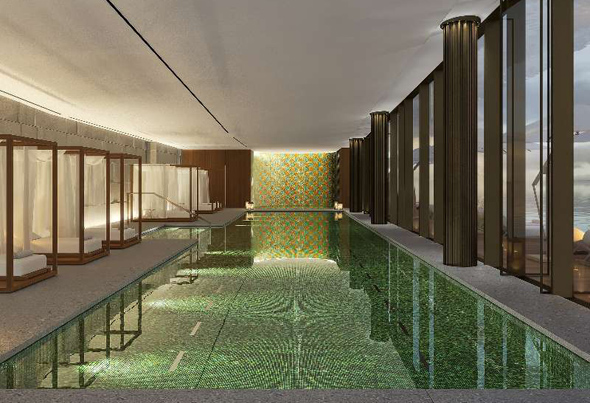 The spa will have an indoor lap pool with ocean views.

There will, of course, be a ballroom, but we’re more intrigued by the event space called La Limonaia, which is being touted as a “secret lemon-tree garden offering guests a private country garden-style space with the quaintness of old Italy, while offering impressive views of the Dubai skyline.”

We’ll report back on what the different outlets actually look like once the hotel is open in December.

Bars
Eat & Drink
News
Restaurants
Staycations
Travel
EDITOR’S PICKS
Exclusive Reveal: Topgolf Dubai is here and ready for action
READ MORE
65 of the best outdoor bars and terraces in Dubai
READ MORE
7 brilliant dining deals in Dubai this month
READ MORE
18 of Dubai's most Instagrammable breakfast spots
READ MORE
MOST POPULAR
The stunning Hermès Carré Club is now open in Alserkal Avenue
Pics of the week: Your best photos of the UAE
Watch: A look inside Conor McGregor's Dhs20,000 per night Dubai villa
Discover the art of yoga at Louvre Abu Dhabi
Exclusive reveal: Off the Wall is an artsy, one-of-a-kind cocktail bar in Dubai
YOU SHOULD CHECK OUT
Our website uses cookies and other similar technologies to improve our site and your online experience. By continuing to use our website you consent to cookies being used. Read our privacy policy here.