Masti will serve up cocktails and contemporary Indian cuisine from December…

Dubai’s La Mer has just opened to the public in Jumeirah 1, and when it did, we told you there would be six licensed restaurants within the complex of 130 restaurants and shops.

And now we have more details on the first one: Masti, which is set to open this December. 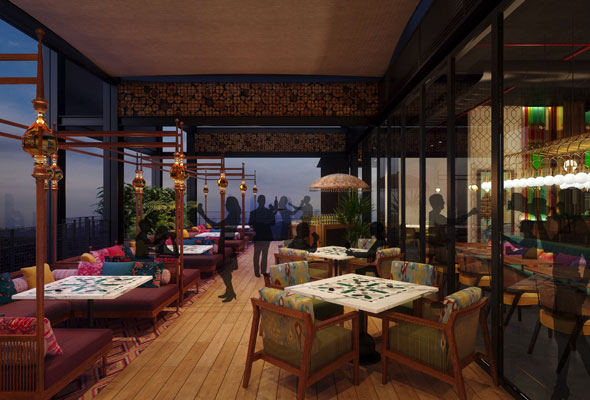 The team behind Masti, which translates from Hindi to ‘fun and mischief’, say the venue ‘will infuse modern with traditional, colour with flavour, creating an expression of New India’.

Masti will serve up small sharing plates masterminded by chef Hari Nayak, and will occupy two floors on the beachfront of the South side of La Mer. It will also be home to an open terrace looking out to the sea. 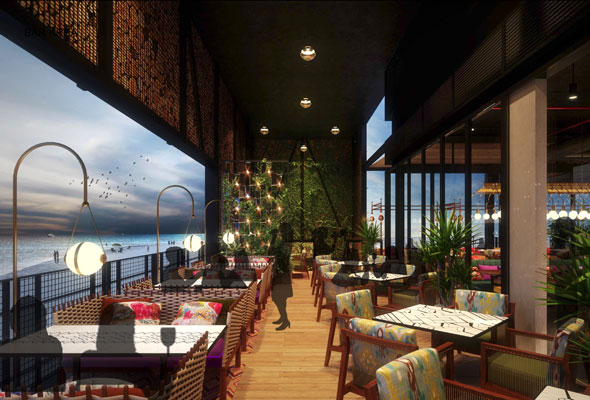 ALSO READ:
We’ve got more info on that island being built in Mina Seyahi
So what is that huge new development in Jumeirah 1?

The upstairs bar will be licensed, providing panoramic views of the Arabian Gulf, with low-lounge seating as well as high tables by the bar.

Expect a big focus on cocktails, and a menu of bar bites served separately from the a la carte menu, too.

Set to open in early December 2017, Masti will be the first licensed venue at La Mer by Meraas. Other licensed concepts to come include Seaspice, the beach club from Miami, and Stars ‘N’ Bars, which is a sports bar popular among Abu Dhabi residents.

Eat & Drink
Restaurants
EDITOR’S PICKS
Ramadan in Dubai: 38 iftars to try
READ MORE
Where can Dubai residents travel? Check out these 14 destinations
READ MORE
Rumours, facts and reveals: New Abu Dhabi bars and restaurants
READ MORE
UAE announces reduced working hours for Ramadan 2021
READ MORE
MOST POPULAR
5 ways to stay fit the fun way at Hudayriyat Island this Ramadan
How many days will we get off for Eid Al Fitr 2021?
Urban Outfitters' sister brand Anthropologie to open in The Dubai Mall
This double vacation offer includes stays in both Dubai and the Maldives
Dog of the Month: ubk launches unique social media competition
YOU SHOULD CHECK OUT
Our website uses cookies and other similar technologies to improve our site and your online experience. By continuing to use our website you consent to cookies being used. Read our privacy policy here.