Spectacular stunts make Nitro Circus THE no.1 show to see this October

Sponsored: The high-octane stunt show is returning to the capital on October 6 – get ready to gasp at tricks performed on motorbikes, wheelchairs and even in bathtubs (no really)

Nitro Circus isn’t your average circus; in fact, it’s nothing like a circus. Forget the clowns and jugglers, Nitro is a cross between Jackass and the X Games. The stars of the show perform triple back flips on BMX bikes (with three people on board) and have even performed flips in tiny Barbie cars while riding down massive 50-foot ramps. It’s intense, thrilling and pretty unique. 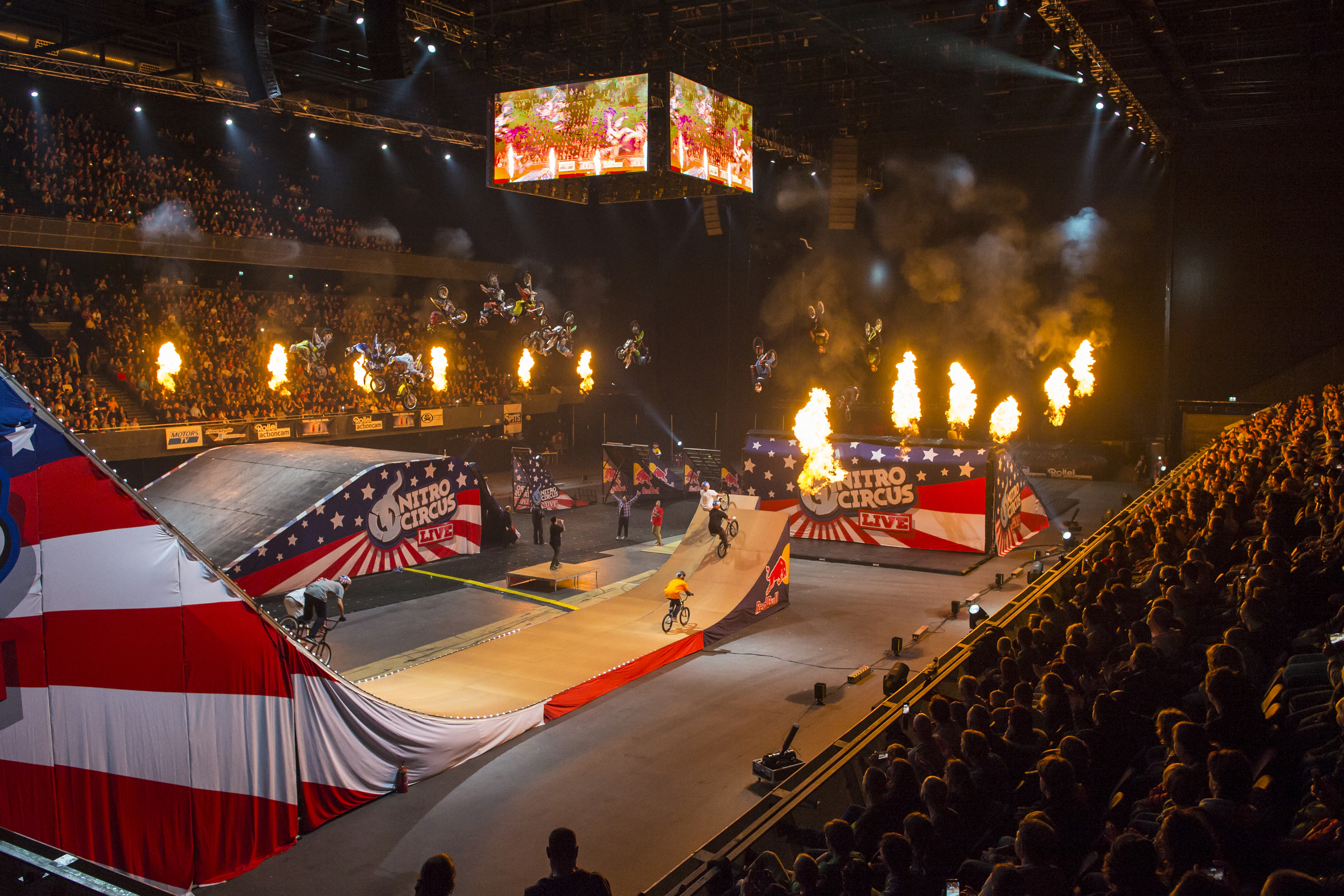 After its successful debut in 2014 in Abu Dhabi, Alchemy Project is bringing back Nitro Circus to perform a a high-adrenaline show on Friday October 6 at Yas Marina Circuit. The action sport show, led by American professional motorsports competitor and stunt performer Travis Pastrana, will feature more than 30 world-class athletes riding dirt bikes, base jumping and performing some pretty mind-blowing and terrifying stunts. 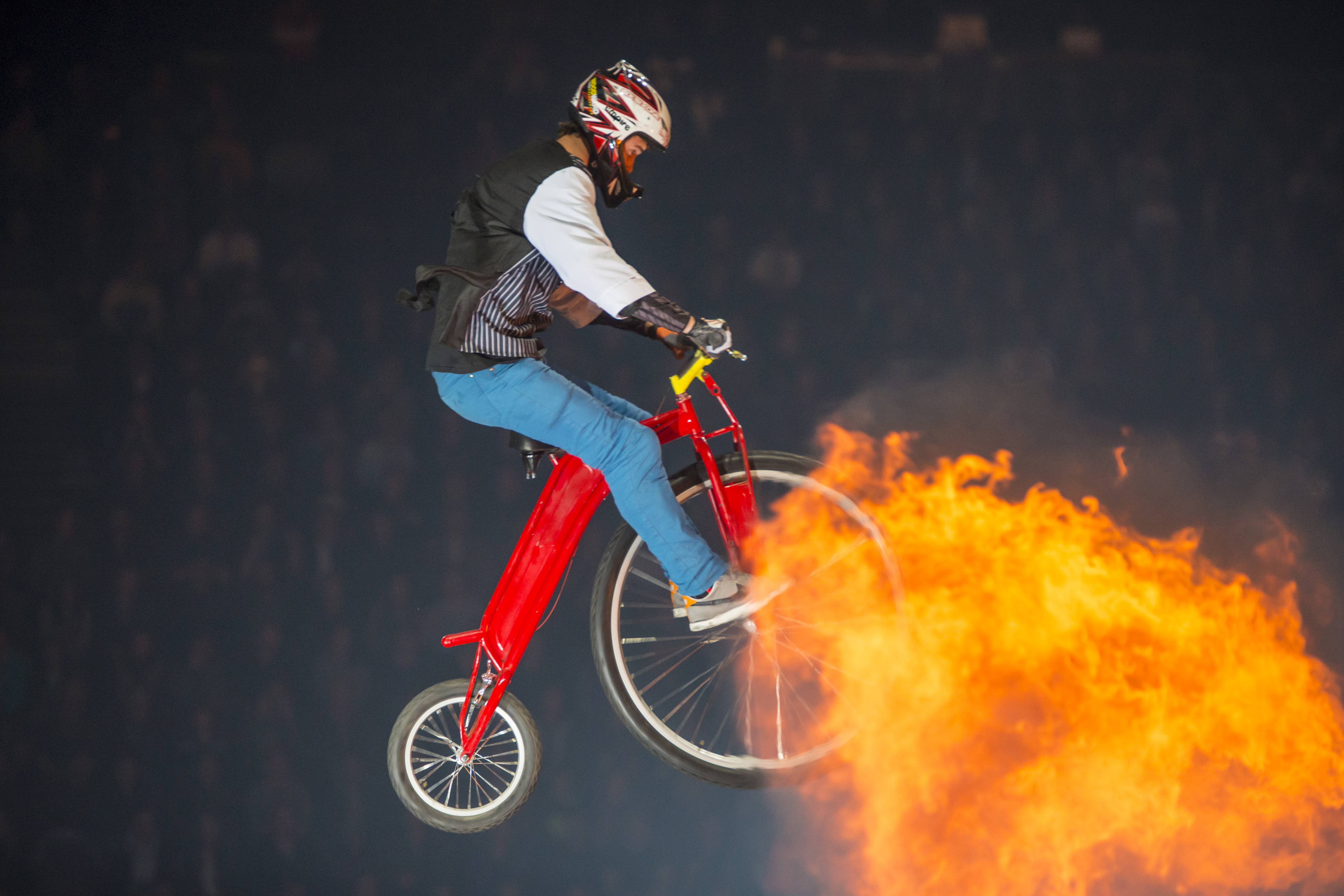 So what can you expect on the night? Get ready for a choreographed, theatrical, spectacular show that will last a whopping two-and-a-half hours featuring incredible stunts and world-class pyrotechnic and lighting displays. The show features a host of the world’s best freestyle motocross, BMX, skateboard and scooter riders including cast members from the ongoing Nitro Circus TV series.

Although extremely dangerous (and not meant to be tried at home) some of the stunts look like a lot of fun – watch as one team member flies over an enormous 50-foot-high ‘Giganta Ramp’ on a bodyboard while others take on outrageous contraptions in shopping trolleys, living room furniture and bathtubs. 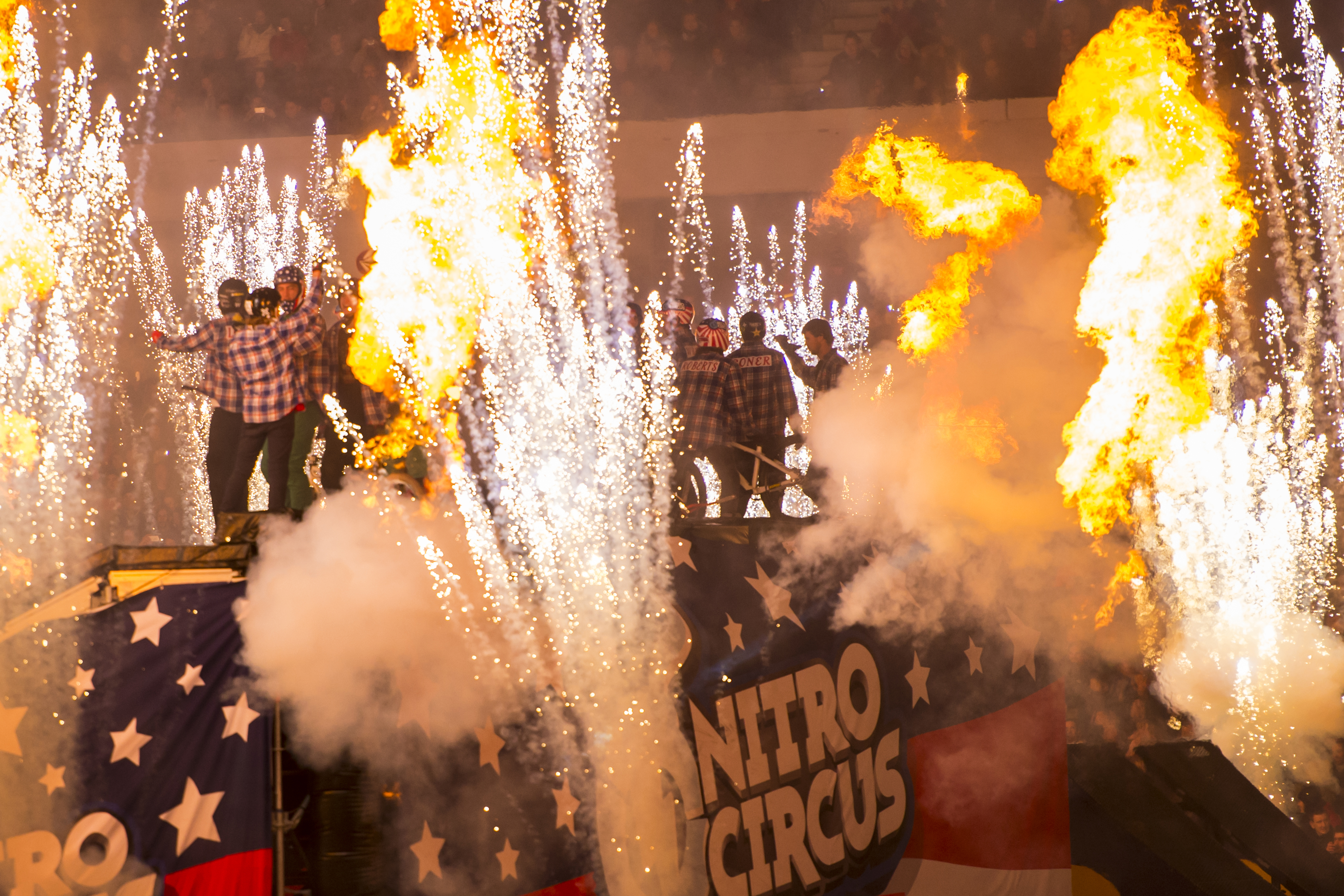 Australian rider Cam Sinclair will do a double back flip on his FMX bike while X Games medalist Andy Buckworth will attempt a Superman double front flip on a BMX (he’s the only person in the world who can do this). Other incredible feats include tricks by the world’s greatest extreme wheelchair athlete, Aaron Fotheringham, who performs stunts adapted from skateboarding and BMX. He jumps the 50-foot ramp, doing backflips and front flips, all in a wheelchair. 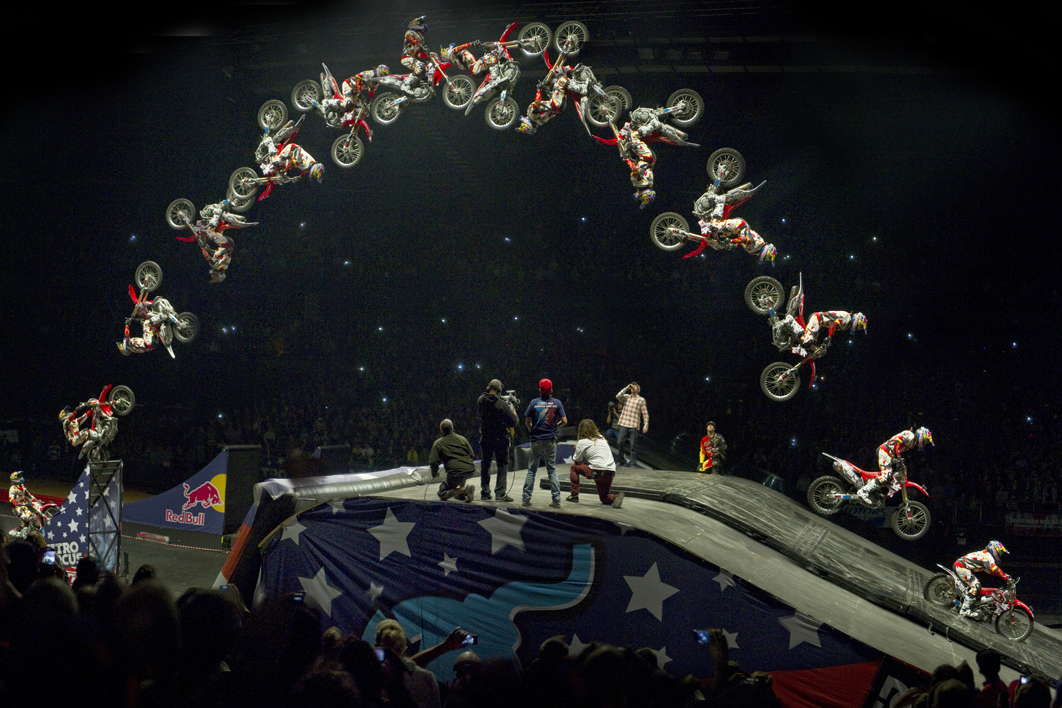