Spotted: Here are all the celebrities that were in the UAE this weekend

And there certainly were a lot of them…

And no weekend brings them out more than the annual Abu Dhabi Grand Prix. Add to that an epic Ed Sheeran gig, and you’ve got yourself a star-studded weekend that every celeb clearly wanted to be a part of.

So, we’ve rounded up our favourite celeb spots from this weekend, featuring singers, actors, sports stars and a race car driver or two as well…

The British singer songwriter finished up his 2017 world tour in Dubai at the Autism Rocks arena. The sellout gig saw Ed perform a two-hour set including his number one singles Castle on the Hill, A Team and Shape of You to 25,000 fans.

Dutch DJ Martin Garrix and racing driver Max Verstappen were spotted catching up over the weekend in Abu Dhabi. The duo were both in the emirate for business, with Garrix performing on Friday night at du Forum, and Verstappen here to race. He starts the final race of the season in 6th position.

She’s closing the show at the Abu Dhabi Grand Prix tonight. And ahead of her performance, superstar Pink has been spotted taking in the stunning Abu Dhabi sunsets.

Who knew these two were pals? Celebrity chef and lifestyle expert Martha Stewart is apparently not only a fan of the races, but a Game of Thrones fan too. Here she is hanging out with Game of Thrones fave Liam Cunningham (aka Ser Davos Seaworth). 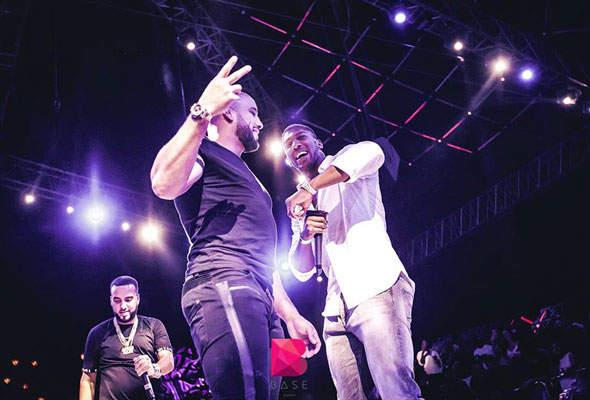 Another surprise duo spotted hanging out in the Emirates this weekend, boxing champion Anthony Joshua was spotted on stage with rapper and one-time ex of Khloe Kardashian French Montana at his performance at Dubai super club Base. Montana was also in Abu Dhabi last night to perform at the 1OAK pop up.

Spicing up her life with a trip to the races, Geri Halliwell was also spotted in Abu Dhabi this weekend. The ex Spice Girl is married to Christian Horner, the team principal of Red Bull Racing. 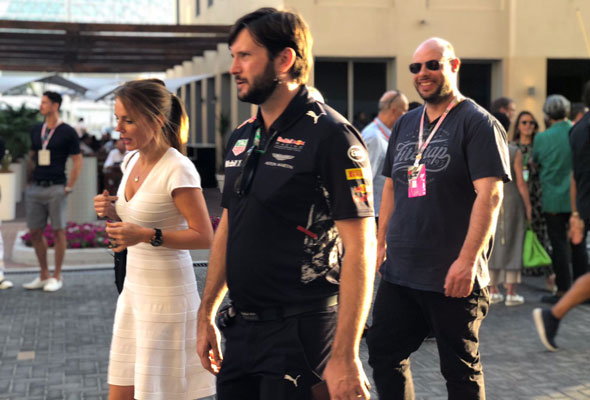 Their recently re-arranged gig is set to take place this Wednesday at Media City Amphitheatre, but ahead of their performance, Brit boyband Take That have been spotted soaking up the sun in Dubai.

Touched down in Dubai after a monster of a flight from down under! #mydubai #lmyw #takethatdxb

Although the Tennis ace appeared to be in Abu Dhabi for the Formula One, she made sure she made it to one of the city’s cultural sights, the recently opened Louvre.

No stranger to the UAE, British rapper Tinie Tempah is often spotted performing in both Dubai and Abu Dhabi. He performed at Mad on Yas Island on Friday night, and shared a snap post-gig with fellow rapper Stefflondon.

The retired racing driver and last year’s champion, Nico Rosberg was spied chatting with media trackside ahead of qualifying yesterday. 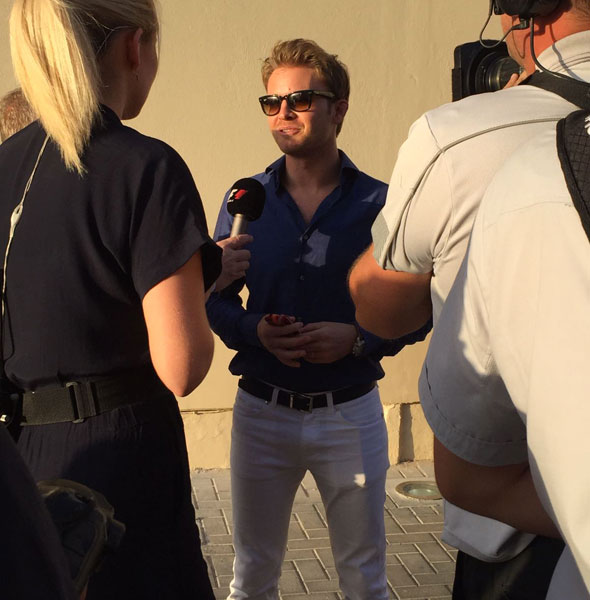 The model and Made in Chelsea star dropped by Dubai on a layover with model girlfriend Emma Connelly, but the duo made sure to make the most of their trip. They were spotted on a desert safari before posing poolside at the Burj Al Arab.

Clubs
Nightlife
Sport & Fitness
EDITOR’S PICKS
Here's the full list of UAE public holidays in 2023
READ MORE
23 incredible things to look forward to in the UAE in 2023
READ MORE
Hidden gems: 10 UAE desert pop-ups to discover this winter
READ MORE
Where to travel in 2023: 10 new flight routes from the UAE
READ MORE
MOST POPULAR
The Wizarding World officially comes to Dubai
11 homegrown UAE restaurants that have gone global
13 new brunches in Dubai that will spice up your February
You can now tour these 12 ladies' nights on Yas Island
Sweep your special someone off their feet at TH8 Palm Jumeirah
YOU SHOULD CHECK OUT
Our website uses cookies and other similar technologies to improve our site and your online experience. By continuing to use our website you consent to cookies being used. Read our privacy policy here.