Feast your eyes upon this…

The world’s tallest building has been recreated in gingerbread.

A 14-metre tall Burj Khalifa, constructed entirely out of the delicious medium, now stands proudly at Terminal 3 of Dubai International Airport (you can find it near the B gates). 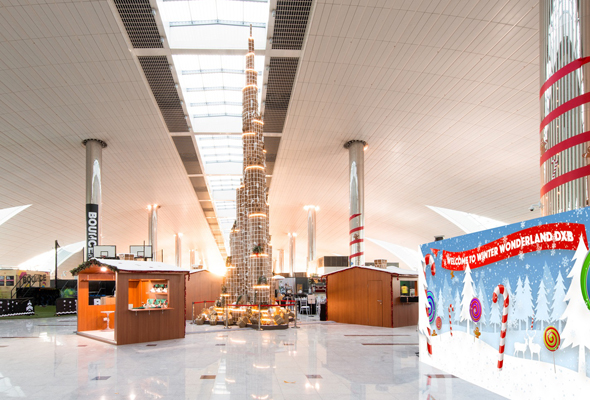 As with any great piece of gingerbread architecture, icing is key to the tower’s structural integrity: 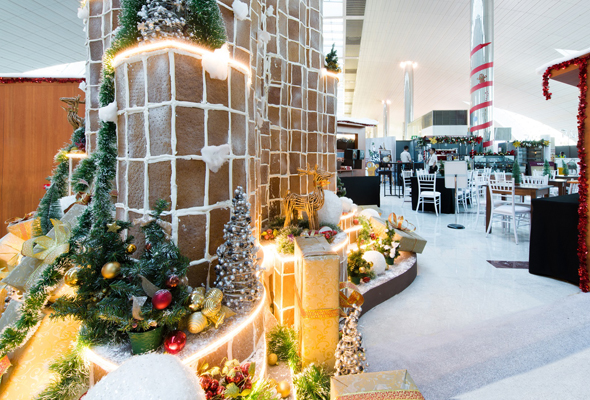 The impressive feat of engineering is part of the airport’s ‘Winter Wonderland’ village, which features plenty of festive entertainment for travellers.

It was created by The Address Hotel in Dubai Marina’s culinary team, led by head chef Avinash Mohan and six engineering professionals.

The team meticulously constructed the show-stopping replica in 432 hours, using more than 30,000 gingerbread panels, 180 kilograms of flour, over 1,600 kilos of icing sugar, 216 litres of honey and 23 kilos of ginger powder.

It’s not the first time the Burj Khalifa has been rendered in biscuit form. In previous years, the Address Dubai Marina has also erected an edible version of the iconic tower in their own lobby.

Only in Dubai you get a Gingerbread man Burj Khalifa @Address_Hotels @BurjKhalifa #MyDubai pic.twitter.com/6dCSaWL6Xv

Christmas
EDITOR’S PICKS
Ain Dubai will open with fireworks, live music and a drone show
READ MORE
Incredible Aura SkyPool to open in Palm Tower this November
READ MORE
Brit Grand Slam hero Emma Raducanu confirmed for Mubadala Tennis
READ MORE
What’s On Nightlife Awards 2021: Here are the nominees...
READ MORE
MOST POPULAR
Famed restaurant Ministry of Crab to host a Dubai pop-up from November 3 to 7
O Beach Dubai will no longer be opening on Palm Jumeirah
The most up to date information for entering Abu Dhabi: Oct 2021
First look: Instagram breaking 2D cafe, Forever Rose opens in Yas Mall
Emirates warns passengers to arrive early to DXB airport this weekend
YOU SHOULD CHECK OUT
Our website uses cookies and other similar technologies to improve our site and your online experience. By continuing to use our website you consent to cookies being used. Read our privacy policy here.