Last month it was announced that Korean band EXO – possibly the hottest boyband in the world right now – is heading to Dubai on January 16.

Not surprisingly, the news has caused a whole lot of excitement among K-Pop fans in the UAE, with many wanting to know how they might be able to meet the band.

So, here’s what we know – the premiere of the song at The Dubai Fountain will take place at 5.30pm next Tuesday, and fans are welcome to come along and watch its debut. 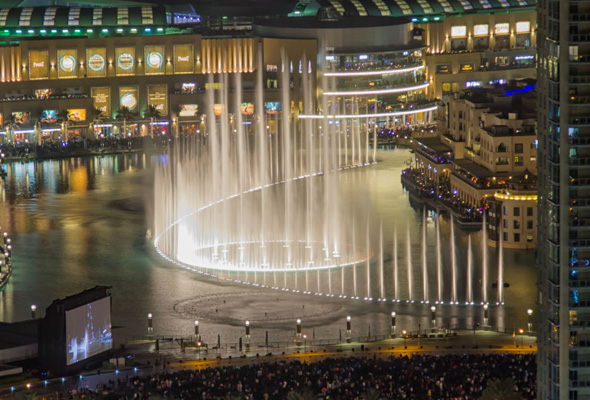 Unfortunately, EXO will not be joining the public to watch the show – we understand they’ll be watching it from a private location (they’ll also be holding a press conference).

The only people who will get to meet the band are the 10 lucky winners of a Dubai Calendar competition, who have already been notified (there has been some false information floating around Twitter about this).

The EXO competition winners have been contacted via direct messages. Thank you all for participating and stay tuned for more competitions and KPOP updates

Last month, EXO said they were “delighted” their song had been chosen as the first Korean song ever to be played at The Dubai Fountain.

“Not only is Power an uplifting song with a catchy beat, but also the lyrics talk about how one can become stronger through music that unites everyone into one. And all these go well with The Dubai Fountain itself where all Dubai visitors from all over the world gather in one spot to enjoy the show,” the band said in a statement.

“We are looking forward to seeing the splendid fountain show with its first ever rendition of Power.”