Ahead of his Accession Day anniversary, Dubai’s Ruler is asking residents to give thanks to HH Sheikh Mohammed bin Zayed.

On January 4, it will be 12 years since HH Sheikh Mohammed bin Rashid Al Maktoum became the ruler of Dubai and vice president and prime minister of the UAE.

Ahead of the anniversary of his accession, Sheikh Mohammed is dedicating the occasion to giving thanks to another royal; Sheikh Mohammed bin Zayed, Crown Prince of Abu Dhabi. 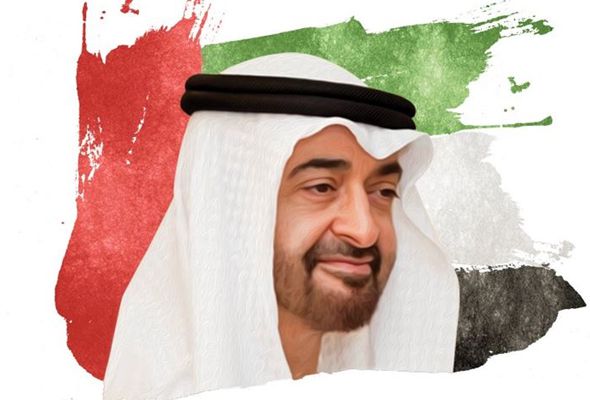 “As we do every year, we issued out instructions not to allocate celebratory events on the Accession Day anniversary that falls on January 4. We usually launch a campaign to thank those who had impact on our lives and in serving the nation,” said Sheikh Mohammed bin Rashid via Twitter.

“Today, we urge our Emirati people to thank Sheikh Mohammed bin Zayed who devoted his life to raising the stature of the nation and ensuring the happiness of citizens,” concluded the tweet.

The Dubai royal also shared an image of a letter he sent Abu Dhabi’s Crown Prince at the start of 2018, saying: “I do not thank him in my name, but in the name of my people.”

In previous years, Sheikh Mohammed bin Rashid has dedicated his Accession Day anniversary to thank the community. But this year, it’s touching to see the Dubai ruler dedicate the occasion to the Abu Dhabi Crown Prince, who also serves as Deputy Supreme Commander of the UAE Armed Forces.

Sheikh Mohammed also posted this video montage of the pair over the years:

News
EDITOR’S PICKS
So, when is the next UAE public holiday in 2021?
READ MORE
All of the lavish new hotels set to open in Dubai in 2021
READ MORE
16 of the best pool passes in Dubai that are fully redeemable
READ MORE
All of the restaurants at West Beach, Palm Jumeirah
READ MORE
MOST POPULAR
8 great deals dads can enjoy this Father's Day in Dubai
Abu Dhabi businesses gear up for Green Pass launch tomorrow
What to do if your ALHOSN app is showing incorrect information
Escape to a beautiful all-inclusive seaside staycation right here in the UAE
You can now do yoga in the sky at The View at The Palm
YOU SHOULD CHECK OUT
Our website uses cookies and other similar technologies to improve our site and your online experience. By continuing to use our website you consent to cookies being used. Read our privacy policy here.