And What’s On are big fans too…

We like keeping an eye on where the Crown Prince is dining, whether it’s at a local burger joint or home grown tapas bar Cusinero Uno. 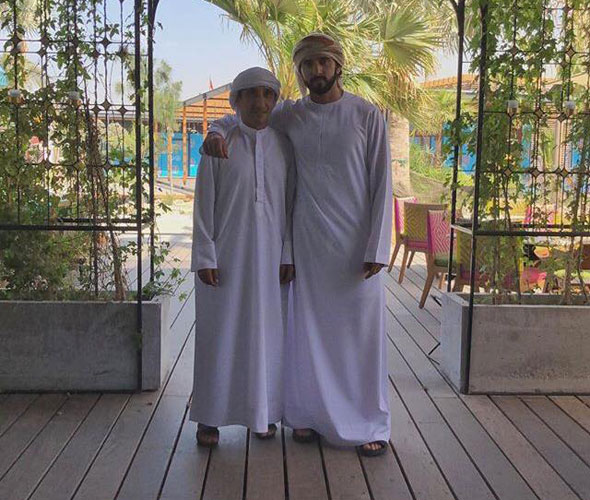 The beachfront spot, which has an unlicensed restaurant downstairs and licensed terrace on the first floor, is a colourful space on the end of the La Mer strip. Translating as ‘fun and mischief’ in Hindi, the venue serves up modern Indian cuisine with influences from around the world.

And we reckon Sheikh Hamdan may have been keeping his eye on What’s On, as he posted these pictures to his Instagram today showing him tucking into the ‘gram-worthy tuna bhel tartare (which just so happened to be a highlight when we dined), served inside an edible sphere, and cracks open to reveal light dices of tuna with avocado crema and chickpea crisp. 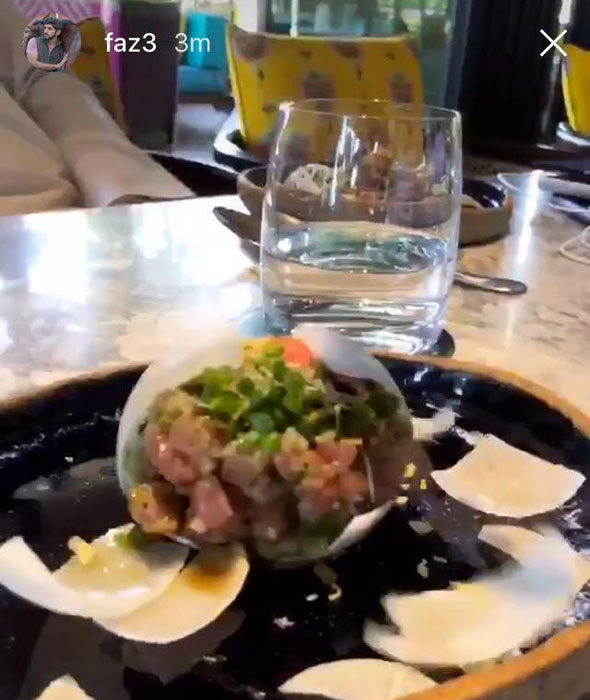 The Crown Prince also posted a picture of the picture-perfect lotus tiramisu, as well as posing at the entrance of the Indian eatery.

Want to know more about Masti? Read our verdict here.

We wonder where Faz will head next…

Eat & Drink
Restaurants
EDITOR’S PICKS
Ramadan in Dubai: 38 iftars to try
READ MORE
Where can Dubai residents travel? Check out these 14 destinations
READ MORE
Rumours, facts and reveals: New Abu Dhabi bars and restaurants
READ MORE
UAE announces reduced working hours for Ramadan 2021
READ MORE
MOST POPULAR
How many days will we get off for Eid Al Fitr 2021?
Urban Outfitters' sister brand Anthropologie to open in The Dubai Mall
This double vacation offer includes stays in both Dubai and the Maldives
Dog of the Month: ubk launches unique social media competition
Watch: A House of Artisans has opened in Abu Dhabi
YOU SHOULD CHECK OUT
Our website uses cookies and other similar technologies to improve our site and your online experience. By continuing to use our website you consent to cookies being used. Read our privacy policy here.