Fresh off the back of two days of sell-out performances by Trey Songz, outdoor super venues Drai’s and White Dubai are set to welcome another famed American rapper, Big Sean, to their stages this weekend.

Big Sean, who has worked with industry heavyweights including Kanye West, Travis Scott and Ariana Grande, will kick off his two-days of performances at Drai’s on Friday March 9, with a performance at White’s weekly ladies’ night, URBN, on Saturday March 10. 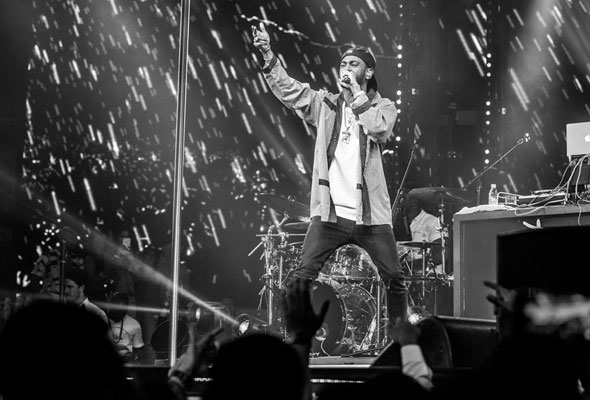 The American rapper, who released his first studio album in 2011, has a collective of more than 30 million followers on social media, and his 2011 hit, Blessings, a collaboration with Kanye West and Drake, has amassed 216 million views to date.

Drai’s, which opens its doors at midday on Friday will offer sun beds and a welcome drink to the first 100 girls through the door, while all ladies’ can take advantage of unlimited drinks at White on Saturday until 1am.

Big Sean is the latest in a string of Hip Hop and R&B stars who have headed to the super club in recent weeks. Drai’s, which celebrates its one-month anniversary on the clubbing scene this weekend, has already welcomed Craig David, Fuse ODG, Pia Mia and Trey Songz to its stage, with a string of yet-to-be announced acts still to come before the season is out.

Which megastars could still grace the stage at the super club? Stay tuned…