Here's what we know about Palm Jumeirah destination The Pointe

Expect more than 100 restaurants, a dine-in cinema and dancing fountains…

Dubai has no shortage of exciting new destinations, yet a brand new one is set to open in Dubai later this year. Called The Pointe, you’ll find it at the tip of The Palm, across the bay from Atlantis. 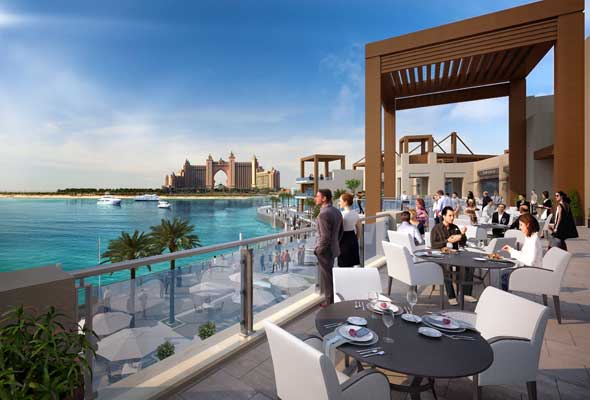 Created by Nakheel, the new destination will span an extensive 1.4 million square feet when it’s finished, and will cost a cool Dhs800 million to complete.

And there’s going to be plenty there, as the new destination will be home to more than 100 restaurants and shops, a brand new 1.5km promenade, and a dancing fountain show.

So, ahead of the opening later this year, we’ve rounded up everything we know so far.

A show-stopping new set of dancing fountains are set to take centre stage at waterfront destination The Pointe. Already home to a stunning display at The Dubai Mall, we’re advised that the new show on The Palm will be even bigger. 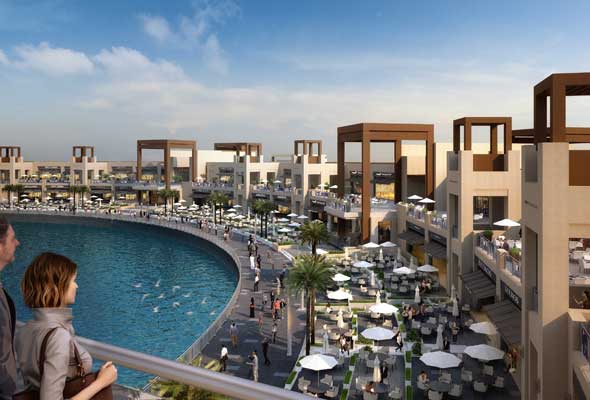 An array of licensed and unlicensed venues are set to open within the destination, here are a handful of previously announced venues that we’ve already got our eye on.

The first collaboration between American chef Guy Fieri and Reel Cinemas has recently opened in the Jebel Ali recreation club, and a second is set to open soon in The Pointe. The concept combines the classic Reel Cinemas experience with a signature menu of Guy Fieri’s All-American dishes.

The American pizza chain Russo’s already has firm roots in the UAE, with branches in Abu Dhabi, Sharjah and Dubai, but they’re set to expand once their New York Pizzeria opens on The Pointe very soon.

German-based Chicago Meatpackers is set to make its Dubai debut at The Pointe very soon. The brand, famous for serving up an All-American menu of burgers, steaks and beers, is currently advertising for staff for it’s fourth venue.

We don’t know too much about homegrown restaurant, Ena, other than the fact that it will serve ‘authentic, honest Greek food’.

Driving to The Pointe? The new destination is set to have car parking space for around 1,600 cars. The Pointe is also accessible via The Palm Monorail, which is connected to the Dubai Tram and Dubai Metro. The station isn’t open yet, but it’s set to be soon.

You’ll also be able to reach the new destination by boat from one of the many Palm Jumeirah resorts.