Bluewaters is the brand new destination everyone is talking about.

Located just off the edge of JBR, accessible via a pedestrian bridge from the edge of the beach, Bluewaters is already home to one open hotel Caesars Palace, beach club Cove Beach, and a second hotel, Caesars Resort, due to open next month.

But there’s still some exciting restaurants to come on the other side of the island, with panoramic Dubai Marina and JBR views. Here’s everything we know about them so far. 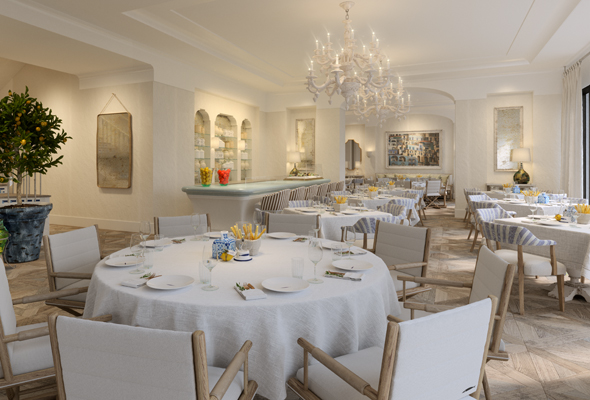 From the team behind the double What’s On award-winning Il Borro Tuscan Bistro, licensed seafood restaurant Alici is set to open its doors in January 2019. Inspired by Southern Italy and the Amalfi coast, the split level, 230-seater restaurant promises elevated Italian dishes, sustainably sourced seafood and spectacular Arabian Gulf views. Dishes will vary according to the season and the sea availability, with head chef Domenico Santagada creating his menus according to what the fishermen bring in every day. 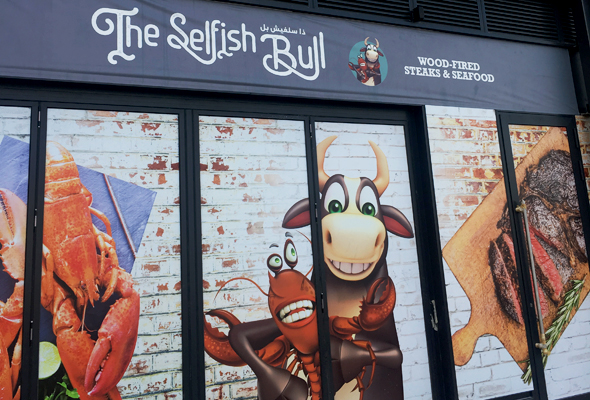 Little is known about The Selfish Bull, a new licensed surf and turf restaurant, opening between Alici and The London Project. Promising wood-fired steaks and seafood, the quirky branding has already got us excited. The venue will have both indoor and outdoor seating, where guests can dine on an array of dishes such as fresh oysters, crab, Canadian lobster or more meaty options such as the Tomahawk steak. 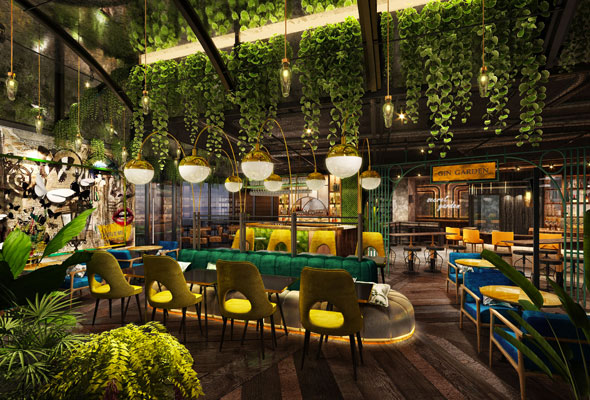 We first announced the opening of Bluewaters back in August, and the stunning resto-bar is now gearing up to open at the start of December. Found right under Ain Dubai, the split level, homegrown concept is an urban jungle space is split into a ground floor restaurant and bar, inspired by ‘the form of a living tree’, and an upstairs gin garden, which is modeled on a wild, overgrown English country garden. On the menu, you’ll find modern interpretations of British and Mediterranean classics, creatively plated and designed to be shared. 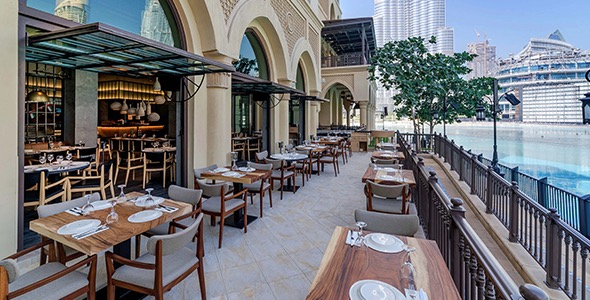 Turkish steakhouse Gunaydin is a famed concept from Istanbul. As well as its Souk Al Bahar location, Gunaydin can also be found in the Dubai Mall food court. The Turkish export is famed for its kebabs (as well as a tasty steak) and serves an array of meats such as döner and lahmacun. It will open in the coming months on Bluewaters, right by Alici.

Eat & Drink
EDITOR’S PICKS
Ain Dubai will open with fireworks, live music and a drone show
READ MORE
Incredible Aura SkyPool to open in Palm Tower this November
READ MORE
Brit Grand Slam hero Emma Raducanu confirmed for Mubadala Tennis
READ MORE
What’s On Nightlife Awards 2021: Here are the nominees...
READ MORE
MOST POPULAR
Stunning fine-dining French restaurant Bleu Blanc reopens
14 things to look forward to in Dubai this November
Emirates Airline Festival Of Literature 2022 dates announced
This new Dubai restaurant serves unlimited pizza for Dhs95
A spooky Halloween run is taking place at Dubai Festival City this weekend
YOU SHOULD CHECK OUT
Our website uses cookies and other similar technologies to improve our site and your online experience. By continuing to use our website you consent to cookies being used. Read our privacy policy here.