Need some comedic relief this April? Get ready for this…

Needing a good laugh? Then get ready, as famous Irish funnyman Jason Byrne is heading to Dubai this April. The Irish comedian will be performing live at The Baggot, McGettigan’s JLT in Dubai for a two-day show on Thursday April 25 and Friday April 26.

Previously described as ‘The outright king of live comedy’, Byrne has an original brand of intelligent and slightly lunatic comedy that really makes him stand out. In his live comedy sketches, the famous funnyman shares his hilarious and unique experiences with the audience, with a unique style of comedic delivery guaranteed to make you laugh all night long.

Expect audience interactions too, so best hide in the shadows if you’re easily embarrassed…

Tickets are now on sale for the gig, priced at Dhs120. 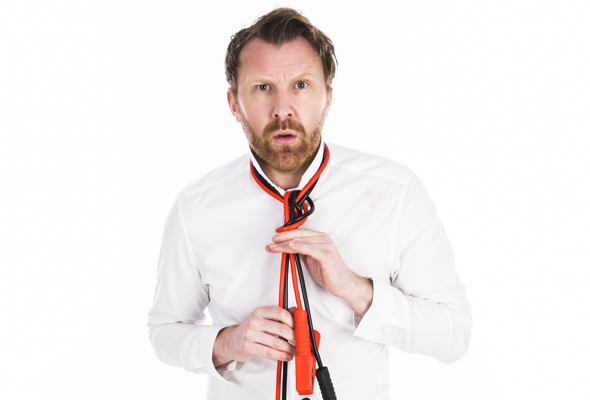 ALSO READ: Dubai bucket list: 60 things you need to do in the city

It’s not the first time the Ireland’s Got Talent star has visited Dubai. The entertainer previously performed at the McGettigan’s Comedyfest back in 2011 – which means he’s had plenty of time to come up with some new material for your comedic relief.

The show is a sure sell out so grab your tickets before they’re all gone.

Culture
Things to do
EDITOR’S PICKS
What’s On Nightlife Awards 2021: Here are the nominees...
READ MORE
It's back! What's On Lock In returns to Media One Hotel
READ MORE
Arts and culture: 5 spots we can't wait to visit at Expo 2020 Dubai
READ MORE
UAE petrol prices are set to decrease in September 2021
READ MORE
MOST POPULAR
Abu Dhabi: Wristband no longer required for most home quarantine
As of September 19, PCR test not required to enter Abu Dhabi from UAE
This new family-friendly brunch includes free cinema tickets
Pics of the week: Your best photos of the UAE
How to use Playkey.me, the region's first supercharged cloud gaming service
YOU SHOULD CHECK OUT
Our website uses cookies and other similar technologies to improve our site and your online experience. By continuing to use our website you consent to cookies being used. Read our privacy policy here.