The world’s first Masterchef-themed restaurant will throw open its doors in Dubai Marina this April.

MasterChef, The TV Experience, can be found in the new Millennium Place Marina and is based on the hugely popular MasterChef reality TV series.

The restaurant will be headed up by acclaimed chef Maria ‘Margarita’ Vaamonde-Beggs, who will helm the kitchen once the restaurant opens later this year. 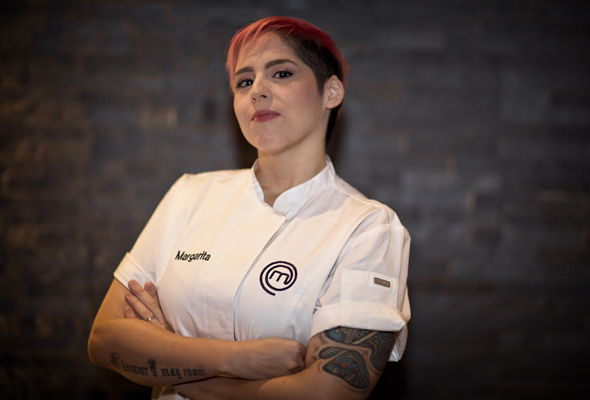 Masterchef the TV experience will have seating for 180 covers including an alfresco terrace for sixty. On the menu, guests can expect recipes of contestants and champions from various global series of MasterChef. You can also expect short-term residencies at the restaurant from former contestants and champions across the world, who will share their stories, experiences and menus with guests.

If you’re a fan of the TV show, you’ll likely feel pretty at home in the restaurant, which has been designed with inspirations from the show. There will also be a dedicated drinks bar inspired by the recognisable setting of the TV series.

“Our entire objective has been to keep the entire experience focused on the food our culinary stars will create, while offering a casual and comfortable deformalised dining atmosphere without excess trappings,” said Duncan Fraser-Smith of The First Group, the hospitality company behind the opening.

“Dining at MasterChef, the TV Experience, will be an entirely immersive experience,” said Fraser-Smith. “It will establish an emotional connection, through food, and nurture a passion for cooking at all levels of expertise across all ages and cultures, which is vital in a cosmopolitan hub such as Dubai.”

With over 60 local adaptations broadcast in more than 200 countries, MasterChef is the world’s most successful cookery television format.

Eat & Drink
EDITOR’S PICKS
Ain Dubai will open with fireworks, live music and a drone show
READ MORE
Incredible Aura SkyPool to open in Palm Tower this November
READ MORE
Brit Grand Slam hero Emma Raducanu confirmed for Mubadala Tennis
READ MORE
What’s On Nightlife Awards 2021: Here are the nominees...
READ MORE
MOST POPULAR
14 things to look forward to in Dubai this November
Emirates Airline Festival Of Literature 2022 dates announced
This new Dubai restaurant serves unlimited pizza for Dhs95
A spooky Halloween run is taking place at Dubai Festival City this weekend
12 of the best alfresco bars and restaurants in Abu Dhabi
YOU SHOULD CHECK OUT
Our website uses cookies and other similar technologies to improve our site and your online experience. By continuing to use our website you consent to cookies being used. Read our privacy policy here.