Testing for the Hyperloop is happening sooner than might you think

Once complete, it will reduce the travel time from Dubai to Abu Dhabi to mere minutes…

The world’s first commercial hyperloop, set to open in Abu Dhabi in 2020, will link Dubai and Abu Dhabi, reducing travel time between the emirates from hours to mere minutes, with capsules travelling at an impressive speed of 1,123 km/h.

The first 10km stretch of the project will be ready by 2020, and the technology will begin testing in mere weeks – with it set to begin sometime in April of this year.

The capsule of the hyperloop project has now arrived in Toulouse, France where testing will take place, according to The National.

According to Bibop Gresta, the Chairman of Hyperloop Transportation Technologies, “Our system in Toulouse will be the only system to be fully insured and safety certified by leading global agencies. We look forward to sharing our future developments there as we make further progress.” 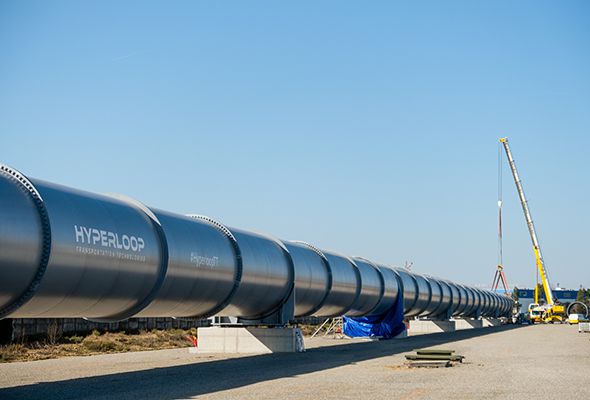 Construction on the 320m site testing site in Toulouse has a few more weeks before reaching completion, whereby the system will be tested by the project scientists. It will eventually be brought to the UAE, where it will likely be housed at a soon to be built Hyperloop TT (HTT) site.

The HTT site will be conveniently located on the border of Abu Dhabi and Dubai, near the Expo 2020 site and will house a full scale commercial Hyperloop system, an Hyperloop R&D Advanced Mobility Centre, a Demonstration & Visitor Centre, and an Innovation Hub.

“In Toulouse, we have taken the time to design and build a truly commercially viable system,” added Hyperloop TT’s chief executive and co-founder Dirk Ahlborn.