Climb aboard a traditional dhow and experience a cornerstone of Emirati heritage in an exciting new expedition.

Make room desert safari, there’s a new must-do activity in Abu Dhabi – and it’s an excellent day out for all ages. The Serdal Pearl Diving Expedition begins by boarding a traditional dhow at Yas Marina and sailing toward the hiraat (pearl bed) several kilometres away. Once the boat is moving, the captain starts his fascinating history lesson and the singing starts. In pearl diving there is a song for almost everything, from raising the sail to asking God to show divers the good pearls. 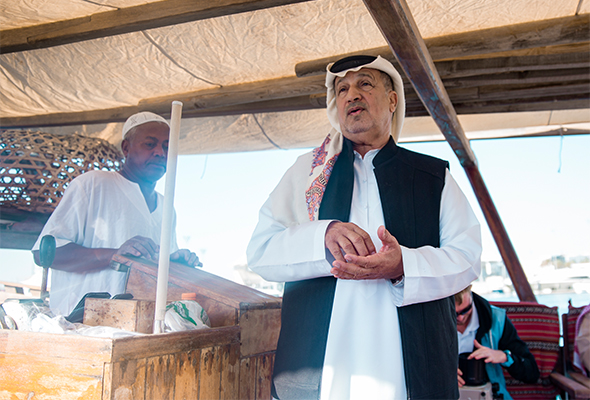 The actual dive is not for the faint of heart, so it’s open to accomplished swimmers only. After sticking a foot in a loop fashioned out of rope, connected to weights, it’s time to signal for the weight to be lowered to below water level. The actual pearl divers are accomplished: using a nose clip fashioned from the horn of a gazelle, they can routinely hold their breath for three or four minutes while they are searching. 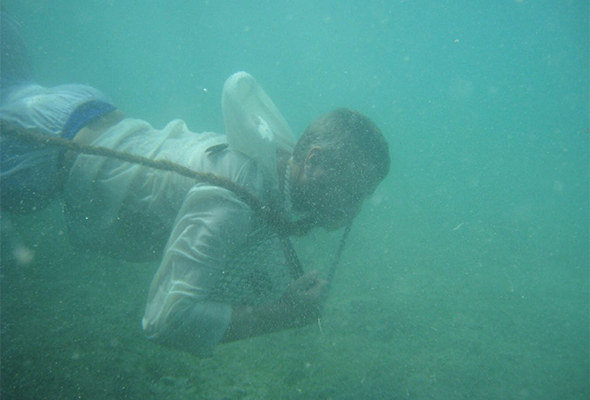 What’s On Abu Dhabi was less successful in this regard, managing only a few seconds at a time while being descended in the murky depths, before panicking and breaking free and frantically swimming to the surface – all while coming up empty for oysters. Others on the trip were better at this task, being lowered without incident and triumphantly hoisting their finds upon rising to the surface. 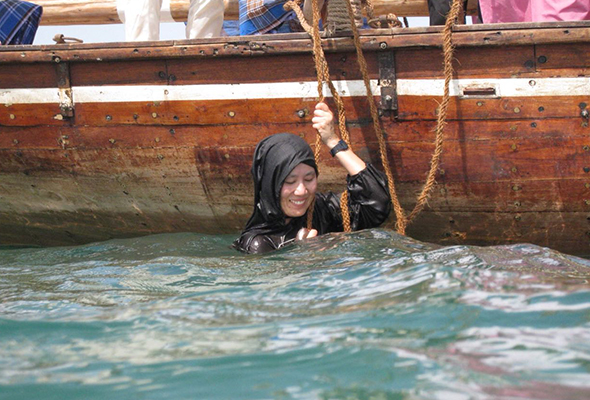 Once everyone was back on the boat, the more than two dozen oysters collected were shucked. About a third contained pearls – each revealed to oohs and ahhs as guests looked on. (No, the pearls are not planted in the sea for the excursion and neither are the oysters). 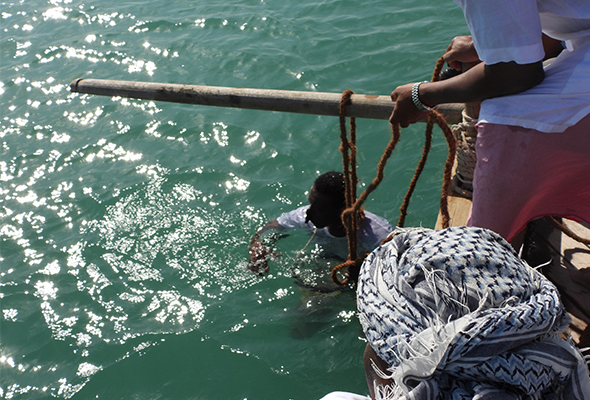 Later, using weights, measuring bowls and his own pouch of dozens of valuable pearls, a working merchant described travelling between thousands of boats stationed in the Arabian Gulf during the high summer season, searching for matches and trading his wares. 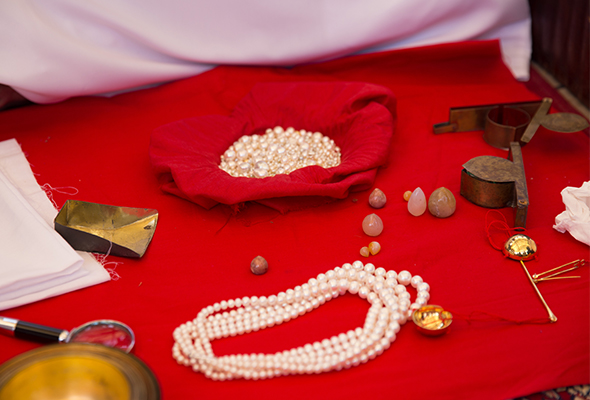 The whole trip lasts about six hours. Guests come away with a deep respect for the divers and the merchants involved in this historic trade – and will never look at a pearl the same way again.

Outdoor
Sport & Fitness
EDITOR’S PICKS
UAE holiday dates announced for Eid Al Adha
READ MORE
Another update: Emirates extends suspension of flights from India to UAE
READ MORE
Coming soon: Everything we know about Ain Dubai so far
READ MORE
Khorfakkan set to open new tourist attraction 580 metres above sea level
READ MORE
MOST POPULAR
A new upscale Chinese restaurant with karaoke is opening in Dubai
Feast on the best unlimited chicken wing deals in Dubai
It's Dhs350 to brunch, stay and play at the What's On Lock In this weekend
6 great things to do in Abu Dhabi this week: July 25 to 28
6 fun things to do in Dubai this week: July 25 to 28
YOU SHOULD CHECK OUT
Our website uses cookies and other similar technologies to improve our site and your online experience. By continuing to use our website you consent to cookies being used. Read our privacy policy here.