The Filipino singer – who was discovered on Youtube by rock band Journey – sings solo at the DWTC this month.

Arnel Pineda will be in Dubai on Friday, June 14, 2019, at the Dubai World Trade Centre to perform for a one-night only concert.

Arnel, who hails from the Philippines is also the lead singer of Journey, the American rock band, but will be in Dubai performing solo. 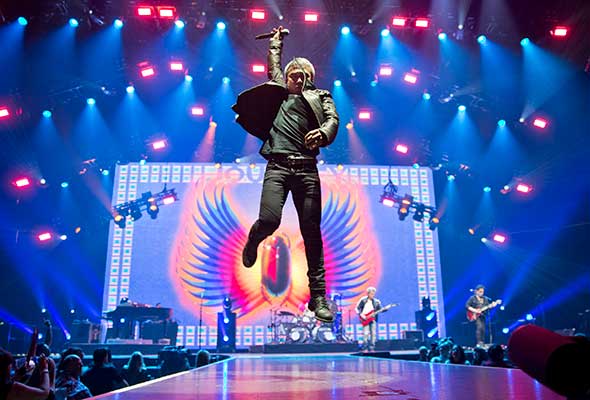 The singer was discovered for his talent on YouTube by Journey’s band members, Jonathan Cain and Neal Schon back in 2007.

Although he shot to fame with Journey, the singer already had his first studio album out named Arnel Pineda way before he became the rock band’s lead singer.

He was also the lead singer of a local band Zoo in the Philippines in 2006, which is most likely where he was discovered performing covers by Survivor, Aerosmith, Led Zeppelin and Air Supply.

The Filipino singer is arriving in Dubai on June 11 and took to Twitter to share his excitement with his 1.8 million followers

#Dubai bound today ?
see you folks on the 14th at the #DubaiWorldTradeCenter ?? pic.twitter.com/AYT822Phbb

Tickets start at Dhs99 and are selling out fast. Head here to make your purchase.

Culture
Nightlife
EDITOR’S PICKS
What’s On Nightlife Awards 2021: Here are the nominees...
READ MORE
It's back! What's On Lock In returns to Media One Hotel
READ MORE
Arts and culture: 5 spots we can't wait to visit at Expo 2020 Dubai
READ MORE
UAE petrol prices are set to decrease in September 2021
READ MORE
MOST POPULAR
CHICAGO, The Musical is coming to Dubai Opera in January 2022
Popular botanical bar Flair 5 reopens for the winter season
VidCon Abu Dhabi 2021 now confirmed, guests include Supercar Blondie
Watch: Expo 2020's official song has been released and it's seriously catchy
A Shakespeare rom-com is gracing the stage at The Junction this weekend
YOU SHOULD CHECK OUT
Our website uses cookies and other similar technologies to improve our site and your online experience. By continuing to use our website you consent to cookies being used. Read our privacy policy here.