It may not be home to the tallest building in the world or record-breaking, man-made islands, but there is one thing that Sharjah is highly regarded for, and that is its culture scene.

The city was named  ‘Cultural Capital of the Arab World’ by UNESCO back in 1998, and more than 20 years later, is still shining bright in the cultural spotlight.

An article posted by BBC Culture on July 16, 2019 stated that Sharjah, is one of the top five creative cities in the world.

A link to the BBC article can be seen in a tweet sent out by the official BBC Culture Twitter handle below:

These five cities are part of a new generation which exist beyond the canon of Western art history. https://t.co/6RpBK30jh3

The four other city’s that make up the list are Mexico City, Belgrade, Dakar and Bangkok.

The article states that Sharjah “…is creating a reputation as the place in the UAE for creativity and a cutting-edge cultural agenda, and in recent years its cultural calendar has flourished, with events such as the Sharjah Biennial for contemporary arts, a newly launched graphic-design biennial, and the Islamic Arts Festival.”

The article also focuses on the Ruler of Sharjah, HH Sultan bin Muhammad Al-Qasimi, and his family’s passion for art, poetry and creativity.

It also specifically mentions Sheikha Hoor Al Qasimi, the youngest daughter of the Ruler of Sharjah.

Not only is the Sheikha the President and founding Director of Sharjah Art Foundation (SAF), she is also a practicing artist and curator who set up the SAF in 2009 as a catalyst and advocate for the role of art in Sharjah, the UAE, regionally and internationally. 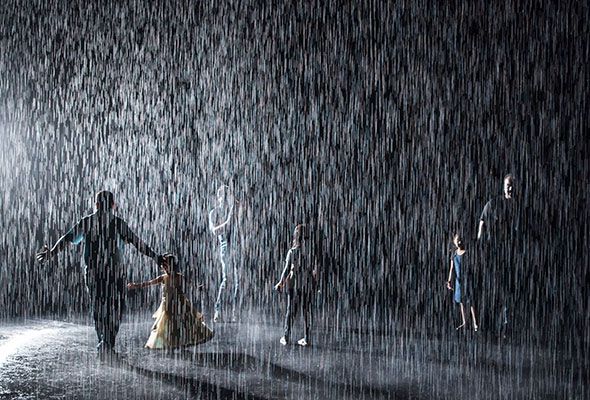 One of the unique displays done by the SAF is the Sharjah Rain Room – a room with continuous rain falling in it. The catch? You’ll get to walk into the downpour without getting drenched. Hard to believe? Well, we went and checked it out ourself and you can find a video of our awesome experience here. 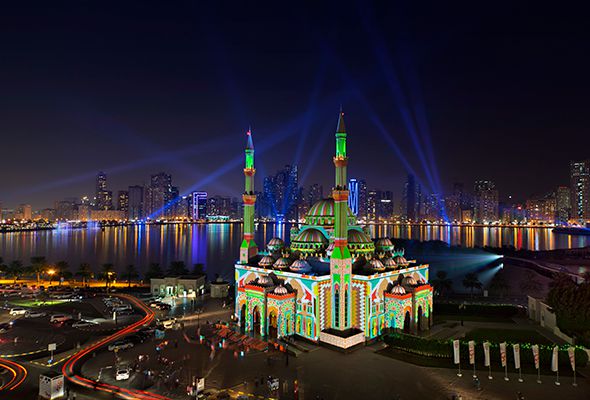 Another stunning display of culture and creativity came in the form of the Sharjah Light Festival earlier this year. The festival returned to Sharjah for its 9th consecutive year and saw several loved landmarks in the city light up for eleven days. 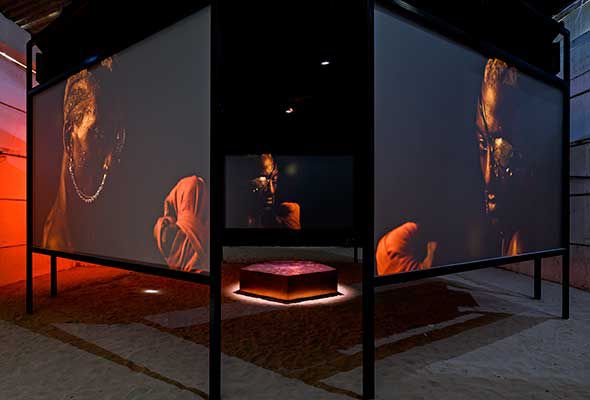 This years’ Sharjah Biennial, which by the way, is ranked among the top 10 biennials worldwide, was a must-attend art event which saw more than 80 artists and over 60 major new commissions features.

If you missed the Biennial, don’t worry. The SAF currently has it’s summer programme going on and it ends on Sunday, October 6, 2019. There are several exhibitions to check out as well as workshops to partake in.

Art
Culture
News
EDITOR’S PICKS
9 royal-approved Dubai restaurants
READ MORE
12 incredible rooftop pools in Dubai to check out
READ MORE
16 of the best beach bars in Dubai for sundowners
READ MORE
Covid-19 rules in Dubai: all the updates you need to be aware of
READ MORE
MOST POPULAR
Join us for a preview of Fairmont Bab Al Bahr's Valentine's dine around
A new Amapiano brunch is coming to Annex at The Abu Dhabi Edition
Pay off your traffic fines in installments without interest
This stunning new gastropub is officially open at Soho Garden
Review: DIFC's new rooftop Japanese restaurant, Clap
40 places to celebrate Valentine's Day in Dubai
YOU SHOULD CHECK OUT
Our website uses cookies and other similar technologies to improve our site and your online experience. By continuing to use our website you consent to cookies being used. Read our privacy policy here.