Irish boyband Westlife are set to return to the stage in Dubai this week, making their debut at the Coca-Cola Arena on Thursday August 29. To celebrate, we’re taking a walk down memory lane, to look at how Westlife became one of the most successful boybands of all time…

The world was a very different place in 1999. Real estate mogul Donald Trump was dating a Slovenian model called Melania Knauss, Chandler and Monica had just become more than Friends, the Burj Khalifa didn’t exist yet, and a fresh-faced Irish boy band were riding high in the charts with their eponymous debut album: Westlife. 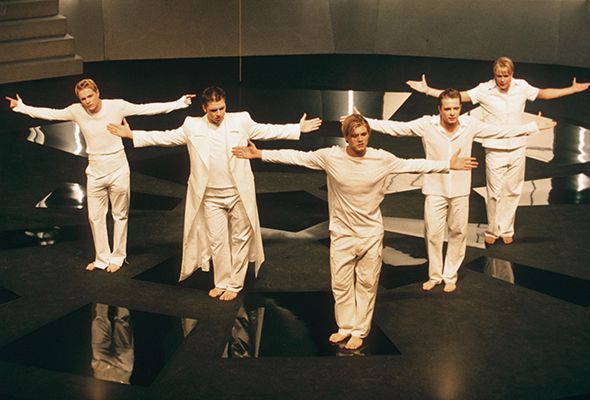 Initially a five-piece, Westlife was made up of lead singer Shane Filan, Mark Feehily, who belted out the solos, Brian McFadden (the blond one), Nicky Byrne (the other blond one), and Kian Egan, (also blond). Signed by pop svengali Simon Cowell, and managed by Louis Walsh – together with another of Ireland’s famous sons, Ronan Keating – the band’s first album spawned no less than five number one singles.

One of their biggest hits, Flying Without Wings, spent 13 weeks in the charts, was cited by then Irish Prime Minister (and Nicky’s future father-in-law) Bertie Ahern as his favourite Westlife song, and went on to provide the soundtrack to countless newlyweds’ first dance.

Cowell wasted no time capitalising on the momentum around the newly-minted heartthrobs. Westlife dutifully catered to their growing hordes of screaming fans by churning out an album every year for the next four years – including what in hindsight seems a rather premature greatest hits compilation. During that time, they beat Sir Cliff Richard to a Christmas number one, joined forces with Mariah Carey for a memorable cover of the Phil Collins power ballad Against All Odds, broke the record for the most consecutive number one singles in the UK (their tally was seven) and took home the Brit Award for best pop act two years running. Thus far, it was the sort of pre-The X Factor success story that would-be pop stars could only dream of, but as they sang on World Of Our Own, life can be so surprising.

In Westlife’s case, that surprise came in the shape of McFadden’s sudden departure from the band at the start of 2004, three weeks before the start of the band’s Turnaround tour. McFadden, who had married the Atomic Kitten singer Kerry Katona two years before, said he wanted to focus on his wife and their two daughters. The couple filed for divorce later that year. 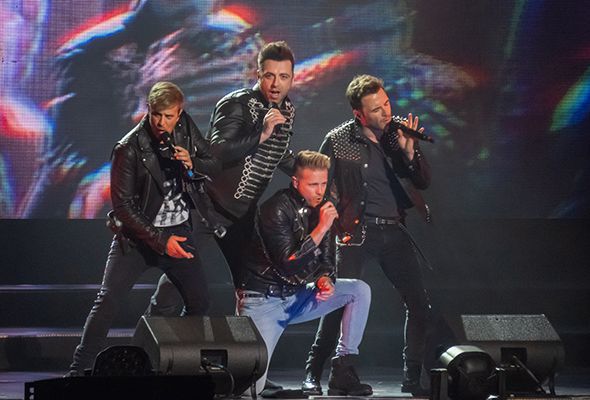 Bruised but unbowed, Westlife’s four remaining members ploughed on at the same prolific rate, producing another album a year until 2008, when they finally took a year-long breather. By 2009 they were back with a new record, a new team of producers, and what Filan described at the time as a “darker”, “rockier” sound. Predictably, Where We Are was a hit, although it was the first Westlife album not to reach number one since their 2004 Rat Pack tribute, Allow Us To Be Frank. 2010’s follow-up Gravity also saw the boys’ stranglehold on the top of the singles chart start to slide. Take That were back in the charts following the return of Robbie Williams, while JLS, having been coached by Westlife’s own manager on The X Factor, were also nipping at their heels. Suddenly Westlife’s were far from the only poppy power ballads on the table.

In March 2011, Westlife confirmed they had parted ways with Cowell and his Syco record label, with Byrne alluding to feeling “unloved” since the lion’s share of the mogul’s time was being taken up by the then phenomenally successful The X Factor, which first hit screens in 2006. Rumours of a split began to swirl, and by October the statement fans were dreading arrived. To ease the pain, Westlife promised one last greatest hits album and a farewell tour the following year, tickets for which promptly sold out.

All four former members went on to release solo material – although none reached the giddy heights of their efforts as a band. Away from the charts, Filan, badly hit by the Irish property crash, was forced to declare himself bankrupt, Mark Feehily supported Mariah Carey on stage, Nicky Byrne dabbled in TV and radio presenting and Kian Egan won the 2013 series of the UK reality show I’m A Celebrity, Get Me Out Of Here.

Despite having ruled out a reunion when they first split, it seems seven years in the pop wilderness was more than enough for the foursome, who wisely tapped up hit machine Ed Sheeran to write lyrics for their 2019 comeback record, Spectrum. It means that as well as coming over all nostalgic to the sounds of When You’re Looking Like That on August 29, fans can enjoy new material that’s just as catchy as a vintage Westlife track. Ready, set, Swear It All Over Again.

Nightlife
EDITOR’S PICKS
What’s On Nightlife Awards 2021: Here are the nominees...
READ MORE
It's back! What's On Lock In returns to Media One Hotel
READ MORE
Arts and culture: 5 spots we can't wait to visit at Expo 2020 Dubai
READ MORE
UAE petrol prices are set to decrease in September 2021
READ MORE
MOST POPULAR
CHICAGO, The Musical is coming to Dubai Opera in January 2022
Popular botanical bar Flair 5 reopens for the winter season
VidCon Abu Dhabi 2021 now confirmed, guests include Supercar Blondie
Watch: Expo 2020's official song has been released and it's seriously catchy
A Shakespeare rom-com is gracing the stage at The Junction this weekend
YOU SHOULD CHECK OUT
Our website uses cookies and other similar technologies to improve our site and your online experience. By continuing to use our website you consent to cookies being used. Read our privacy policy here.