Yes he’s still here… Jason Derulo stayed on from his Abu Dhabi weekend to offer not one but two performances in Dubai at superclubs White and Drai’s. The first of which was on his 30th birthday! Additionally he’s been enjoyed the thrills that Dubai has to offer, including racing super cars in the desert and heading to the top of Burj Khalifa. 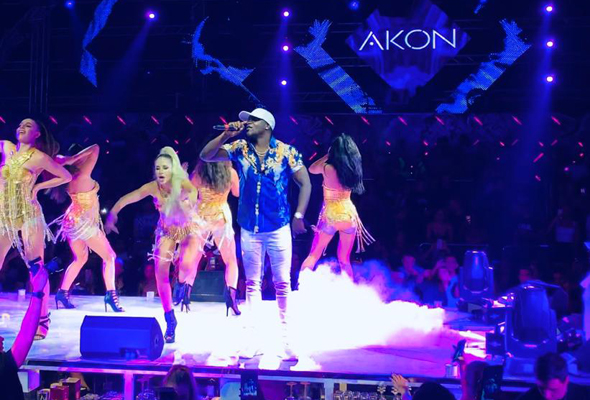 Global R&B star Akon performed at BASE on Friday September 27, taking to the stage to sing some of his biggest hits. He’s stayed quiet about what else he’s been up to during his stay, so we predict that it was a flying visit.

Filipino professional boxer and politician, Manny Pacquiao, has been visiting Dubai and stayed at Atlantis the Palm. He thanked the hotel for their ‘great hospitality’. The Senator also went on a tour of Dubai Police’s smart police station.

British TV personality and influencer Natalya Wright has also been in Dubai this week with her boyfriend. During their stay the pair visited luxe beach clubs Summersalt and DRIFT as well as enjoying dinners at At.mosphere, Asia Asia and Jumeirah Al Qasr. 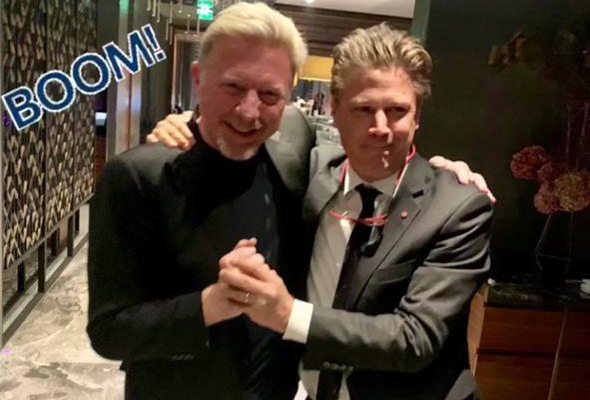 Former world tennis champion, Boris Becker, was spotted in Dubai dining at Roberto’s in DIFC. The tennis legend is a big fan of Dubai, and even has a tower named after him in Business Bay.

Celebrities
EDITOR’S PICKS
What’s On Nightlife Awards 2021: Here are the nominees...
READ MORE
It's back! What's On Lock In returns to Media One Hotel
READ MORE
Arts and culture: 5 spots we can't wait to visit at Expo 2020 Dubai
READ MORE
UAE petrol prices are set to decrease in September 2021
READ MORE
MOST POPULAR
7 awesome things to do in Abu Dhabi this weekend: Sep 23 to 25
10 awesome things to do in Dubai this weekend: September 23 to 25
White Dubai to reopen as a dining and entertainment lounge
Review: The special 20 year anniversary menu at Hakkasan Abu Dhabi
See Andrea Bocelli perform live when he returns to Dubai in November
YOU SHOULD CHECK OUT
Our website uses cookies and other similar technologies to improve our site and your online experience. By continuing to use our website you consent to cookies being used. Read our privacy policy here.