Not content with dominating the Dubai nightlife scene, Meydan party destination Soho Garden has a brand new brunch lined up and its set to be an epic day-to-night party. Launching on Friday December 6 and continuing every Friday, the Soho Brunch will run from 1pm until 5pm.

Spread across the mega-venue, you’ll be able to enjoy international dishes from pan-Asian restaurant Tokyo Vibes and fine-dining concept, Glasshouse by Soho. The four hour brunch package will be Dhs350 including house beverages and Dhs450 with sparkling wine.

Make sure you’re there for the launch on Friday December 6, when the after-party will be headlined by the masterminds behind the 2019 summer anthem Piece of Your Heart, Meduza. The fun doesn’t stop there, as you can also stick around for the after-after-party with DJ sets from Cocoon and Sven Vath. 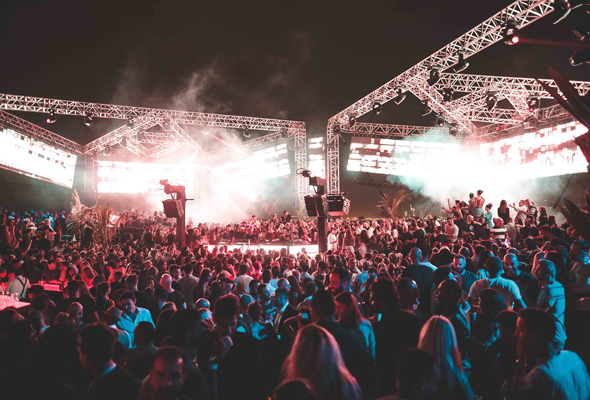 If you’re looking for somewhere to spend New Year’s Eve, Soho Garden and Soho Beach are teaming up to bring the ultimate double event. Soho Garden will be headlined by DJ and Innervisions label boss Dixon while Soho Beach will be throwing an epic Elrow bash.

Tickets for both events are priced at Dhs799 with unlimited drinks and available via Platinumlist.net.

Brunch
EDITOR’S PICKS
So, when is the next UAE public holiday in 2021?
READ MORE
All of the lavish new hotels set to open in Dubai in 2021
READ MORE
16 of the best pool passes in Dubai that are fully redeemable
READ MORE
All of the restaurants at West Beach, Palm Jumeirah
READ MORE
MOST POPULAR
6 great places to enjoy live music in Dubai
Get free access to ERTH's new fitness facility this week
6 fun things to do in Dubai this week: June 20 to 23
6 great things to do in Abu Dhabi this week: June 20 to 23
Louvre Abu Dhabi is launching a paddle-in movie night
YOU SHOULD CHECK OUT
Our website uses cookies and other similar technologies to improve our site and your online experience. By continuing to use our website you consent to cookies being used. Read our privacy policy here.