Nelly to headline at Drai's Dubai on New Years Eve 2019

Started thinking about your New Year’s Eve plans yet? If it’s a huge party with an international star headlining you’re looking for, look no further than Drai’s.

The Medyan superclub’s catwalk stage will welcome American rapper Nelly on December 31, to ring in 2020. On your final evening of 2019, expect a string of his most famous hits, including Ride Wit Me, Dilemma and Hot in Here.

Early bird tickets will soon be available at Virgin Megastore, priced at Dhs300 for ladies, with three drinks included and Dhs500 for guys, with four drinks.

Second release tickets are priced at Dhs400 for ladies, inclusive of four drinks and Dhs600 for guys, with 5 drinks included. 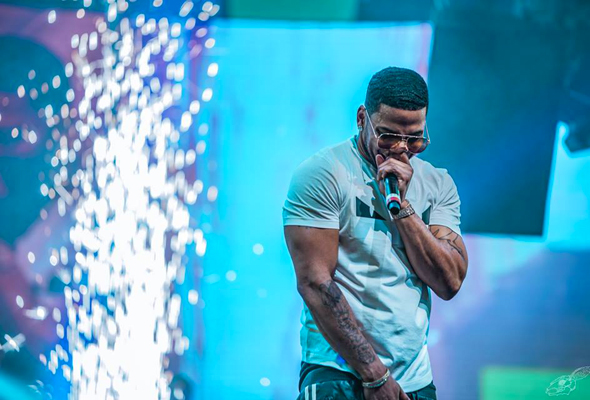 If you’re a last minute decision maker, tickets will be available on the door, but arriving early is encouraged. Tickets on the door will be Dhs500 for ladies with five drinks and Dhs700 for guys with six drinks complimentary.

If there’s a big group of you looking to live it all the way up for the massive New Year celebration, VIP table packages are available from Dhs5,000.

And as well as a live gig from Nelly, you can expect performers, crazy pyrotechnics and massive light shows of epic proportions, worthy of the biggest celebration of the year.

New Year’s Eve won’t be the first time Nelly has visited Dubai – the rapper previously performed two huge shows at White and Drai’s back in April.

Christmas
Clubs
Nightlife
EDITOR’S PICKS
What’s On Nightlife Awards 2021: Here are the nominees...
READ MORE
It's back! What's On Lock In returns to Media One Hotel
READ MORE
Arts and culture: 5 spots we can't wait to visit at Expo 2020 Dubai
READ MORE
UAE petrol prices are set to decrease in September 2021
READ MORE
MOST POPULAR
Soho Garden set to open second venue on Palm Jumeirah this winter
Enjoy the magic of the Mediterranean with Myrra's live Spanish music night
6 fun things to do in Dubai this week: September 26 to 29
Days by Wyndham hotel has opened its doors in Dubai
Free alfresco cinema returns to Umm Al Emarat Park in Abu Dhabi
YOU SHOULD CHECK OUT
Our website uses cookies and other similar technologies to improve our site and your online experience. By continuing to use our website you consent to cookies being used. Read our privacy policy here.