Written by:
What's On
2 days ago

Sponsored: Submit your entry now for the chance to win a Dhs10,000 prize…

The hunt for the UAE’s best amateur BBQ master and you could be crowned champion. Think you’ve got what it takes? The perfect recipe? The ultimate barbecue skills and a way of presenting it that just makes people want to dig in?

The competition is named ‘Smoke and Flames’ and is proudly brought to you by Rotana Hotels, smoked meat kitchen The Mattar Farm, owned by Hattem Mattar and yours truly, What’s On. There’s Dhs10,000 up for grabs for the winner, plus other great prizes too.

It launched on February 15. To enter you must submit your favourite (and in your opinion, winning) barbecue recipe plus a fun 60-second video of you creating the dish on the barbecue itself. You will also need to explain why you deserve to be part of the competition during the video and submit a photo of the final dish.

Don’t worry, you’re not too late. Submissions are open until March 1, 2021. Get creative with your videos. Sprinkle that salt, slice up that chargrilled meat and rustle up those sides like your life depends on it.

The winner is set to scoop a prize of Dhs10,000 and a Weber grill, as well as having your recipe listed on Rotana’s F&B participating outlets’ menus for a period of a one year and so much more. Register via this link. 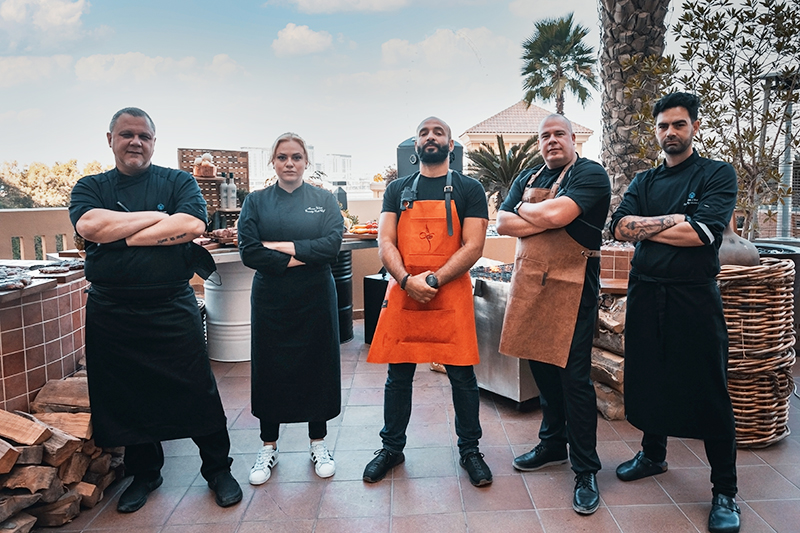 After a shortlist of 12 people is chosen from the original submissions, semi-final events will take place in Dubai from March 19 to 20 at Morgan’s, Al Bandar Rotana and JB’s Amwaj Rotana. Semi-finals will also take place in Abu Dhabi, March 26 to 27 at at Garden by Bayview/Rodeo Grill at Beach Rotana and Cooper’s Park Rotana.

The contestants will battle it out to make it to the next round, and one step closer to being crowned the champion. Out of the participants in both Dubai and Abu Dhabi, three BBQ chefs will be selected to go on to the live finals, which will take place at Sadiyaat Rotana Resort & Villas.

This huge live ultimate cookout will take place with a huge grill, wood-smoker and plenty more. It will kick off on Saturday, April 3.

Eat & Drink
EDITOR’S PICKS
13 Sheikh Hamdan-approved restaurants in Dubai
READ MORE
Dubai brunches temporarily banned in new preventative measures
READ MORE
12 upcoming Dubai mega-projects we can't wait for
READ MORE
16 of the best beach bars in Dubai for sundowners
READ MORE
MOST POPULAR
Enjoy brunch, breakfast and a stay at Westin Abu Dhabi from Dhs432
Get a free gym class at this cool new Dubai gym
Pics of the week: Your best photos of the UAE
Emirates Airlines and DHA to implement digital verification of traveller medical records
7 of the tastiest breakfast burgers, buns and baps in Dubai
YOU SHOULD CHECK OUT
Our website uses cookies and other similar technologies to improve our site and your online experience. By continuing to use our website you consent to cookies being used. Read our privacy policy here.